Summary of updates for 2012: unit types, first outdoor map, pathfinding, plus what's next.

Posted by anomalous_underdog on Jan 5th, 2013 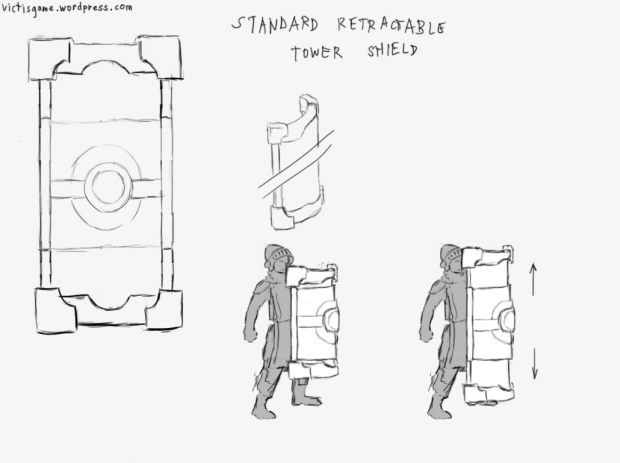 Looks like some good work, although I think the recoil is a little bit extreme on some of the weapons! :-)

Also, why can't the soldier with the rifle melee? Surely he could use it to stab enemies?

Haha, I'll tweak them as I go along. That map's pathways are narrow so they can actually fall from the pushback right now...

For the rifleman, its just for game balance, he's extremely useful as a ranged attacker so I need to give some sort of disadvantage somehow. Every unit needs to have their own pros and cons so the player learns to make them work as a team.

The nice thing though is that this unit classes thing is temporary. The plan is that the game will let you customize each of your unit's skills (like in FF Tactics), so yeah, maybe you can have a rifle-butting rifleman later. Perhaps bayonets too, etc.

Thanks for the swift reply! Yeah, I thought you prevented the melee for balancing reasons, but it just seemed a bit unrealistic.

Can I just say, that shield idea (last picture) is EPIC! There's a guys head in it and everything. lol