The year is 2150. Technology, far from ushering in a golden age, has altered what it means to be human. And allowed greedy corporations to virtually enslave humanity under the yoke of consumerism and mass media. You are a ‘runner’, an agent operating outside the system, fighting to survive and thrive in the cracks between the shining towers of chrome and steel.

You take on the illicit, high-risk jobs that the powers-that-be need deniability on. Whether it’s hacking a secure data server, extracting a defecting researcher from a corporate enclave or sabotaging a rival corp’s manufacturing plant, you’ll take it on if the money’s right.

Card duels represent ‘runs’, high-risk contracts from shadowy clientele. You are the run’s ‘controller’, the brains, the man or woman organizing and directing the run. To achieve your goal you need to accumulate ‘Objective Points’, an abstract measure of how much progress you’ve made toward that goal. Accumulate 50 OP and success is yours. However, if the opposing controller, usually the head of a corporate security force, accumulates 50 points before you then you have failed. Your Agents scatter to the streets to avoid capture and you must terminate your connection to avoid a trace on your physical location.

How the run is approached is up to you! Recruit your agents, purchase equipment and software, execute your tactics!

System Crash will ship with more than 100 cards to experiment with, over 120 story missions and a wide range of opponents to challenge! 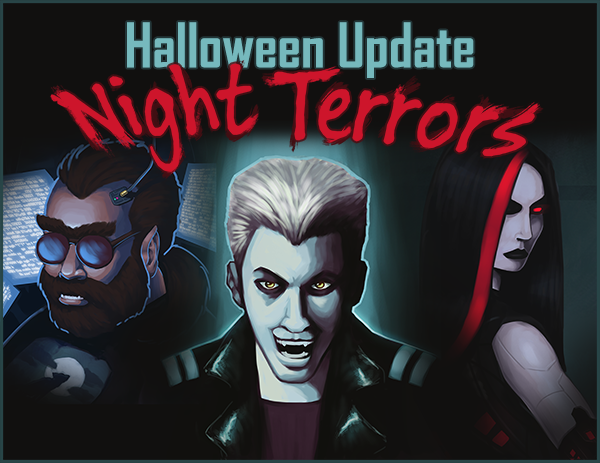 Summon your courage and load your guns, Runners! Halloween is here, and with it comes...The Night Terrors!

The latest update to System Crash introduces a challenging new mini-campaign, free for anyone who owns the game!

- Unlock the Night Terrors story campaign by completing Neon Noir.
- 3 spooky new cards to add to your deck.
- 10 new missions to challenge veteran players.
- Halloween cards now have a chance to drop in the main campaign as mission rewards.

And, for this weekend only, you can grab System Crash for 20% off in the Steam Summer Sale!

We've done it, folks. System Crash has been Greenlit!

Cyberpunks, razor girls and console cowboys, it's time to fire up your decks and jack in!

It's been a while, but the new beta release is finally here!

Closing off the last tasks remaining for System Crash to be feature complete!

The official website is finally live! Check it out for some new screens and art!