SWOOOORDS! Colon Lords of the Sword

== v1.2 CHANGELIST (Dec. 13 2012) ==== - Linux build, thanks to Unity 4.0 - Localized versions: French, German, Russian - Fonts are now a bit easier to read - Life meters are now directly under players - Falling off a ledge will no longer kill you, it will damage you then teleport you back to the last safe location. - The number of enemies spawned on earlier levels reduced a little. Don't worry, deeper levels are still hard. - Depths 5 and beyond now have "elite" versions of all enemies - Depths 5 and beyond have a few new super-rare swords. They are a bit harder to learn to use properly. - Fixed: Enemies are now hurt by traps if they are standing still directly on them - Fixed: Level-specific music wasn't being played - Fixed: Barrels, chests, and debris were being spawned midair: it was a bit hard to notice 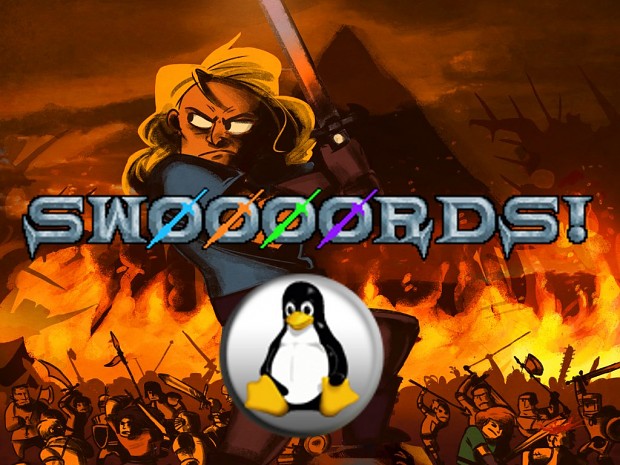 doesn't work for me as well

Is it fixed? I really want to play Swooooords in Linux

Should be! I can't really test, I don't have a virtual machine / dualboot on this box.

The link is broken. It's not possible downloading the game in any platform (linux, mac, win)

so I'm new here. How do you run this thing? I downloaded the one for Linux, and I'm using ubuntu 12.04. No idea what to do with the files I extracted.