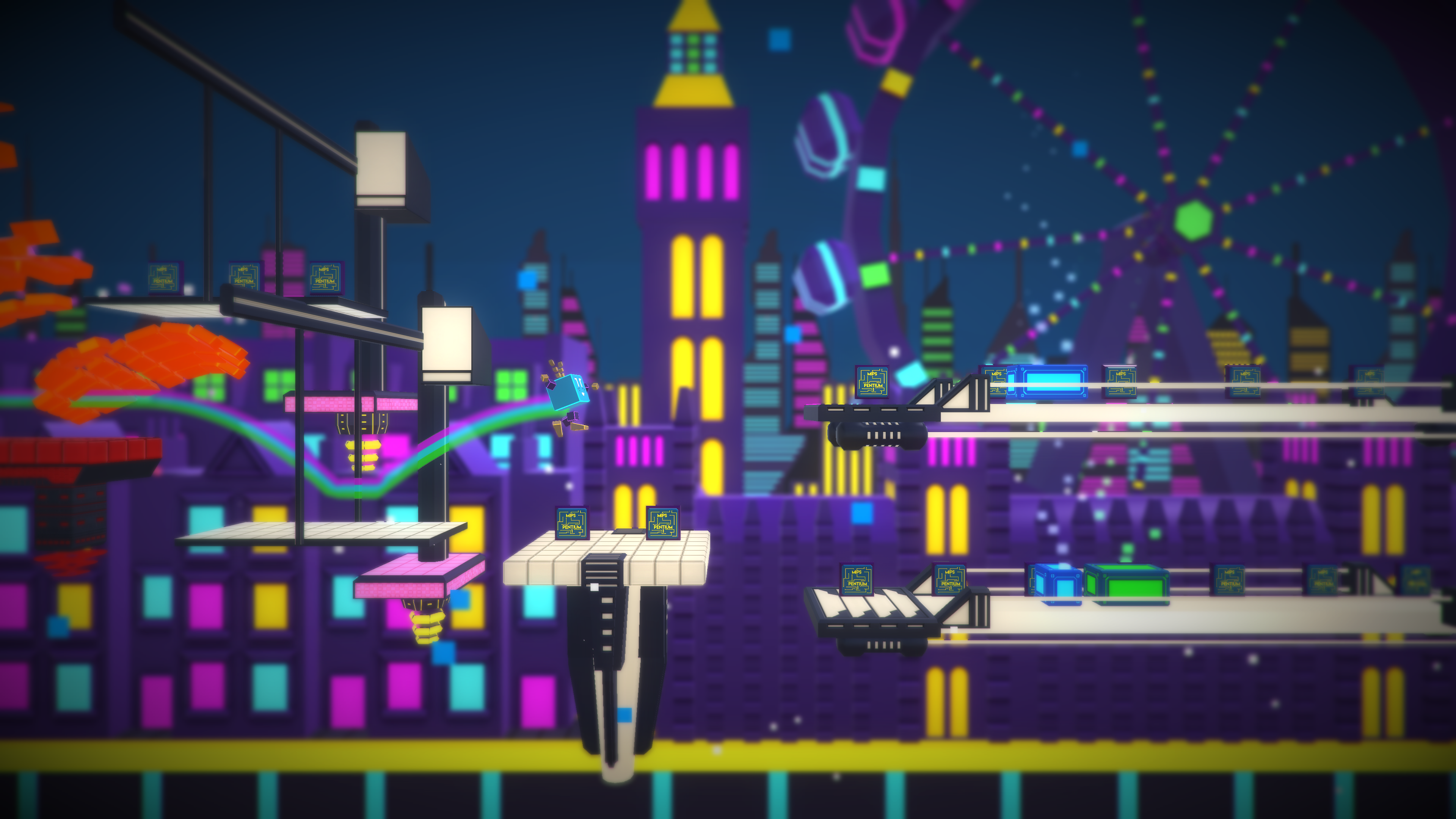 Check out our new Launch trailer

Sure Footing is a fast and frantic infinite runner about four friends saving their world from extinction. The world of Computra is under threat from the evil Ramrafstar and his ferocious minion Deletion Dave, who they seek to destroy the partitions that hold everything together.

Play as one of our four heroes: Pixel Pete, Polly Polygon, Blip and Plunk as they outrun Dave across the disk sectors of Computra: to warn their friends and find a way to stop Ramrafstar before their homeworld is destroyed. Collect MIPs, avoid obstacles and overcome the challenges faced in the distant sectors of Computra.

Sure Footing blends the best of both classic platforming and infinite runners into a fast and frantic arcade experience.

Tommy Thompson is the designer and programmer for Sure Footing. Tommy is a senior lecturer in computer science and an AI researcher by day and games developer and YouTuber at night. You've maybe heard his dulcet Scottish tones over on the AI and Games YouTube channel. Tommy has spent years writing small games to test his research in machine learning algorithms as well as procedural content generation. He's taking inspiration from his academic work to procedurally generate the world of Computra one line of code at a time.

Matthew Syrett has been reponsible for bringing much of the world of Computra to life. Matt has a broad career as an environment artist: ranging from working with oil companies to video game studios. He is now a lecturer in computer game art and hopes to impart at least some wisdom to the next generation of artists.

Molly Freeman is Sure Footing's lead character artist and a graduate in computer game modelling and animation. She designs all of the character costumes as well as assisting Matt with the creation of some of Computra's distant zones.

Charlotte Sutherland has been working as a 3D animator in the video games industry since 2007 and has worked on titles such as Sonic & All-Stars Racing: Transformed, Kinect Sports Season Two, Little Big Planet 3 and several entries in the LEGO franchise. Alongside her current work as a freelancer, she teaches university classes on game design and animation.

Liz Rainsberry is a composer, musician, audio designer, and sound artist. Initially developing her skills as a guitarist, Liz now predominantly focuses on electronic music and sounds for animated and interactive media. Liz has previously scored titles such as Retool by Hit-90 Games and Hashtag Dungeon by Hitpoint Games and is currently working on 29 for Humble Grove and Outreach by Pixel Spill Games.

We're really excited to bring Sure Footing to the world and by voting for us here on Greenlight you can really help us reach the huge audience of Steam users. Thanks so much for checking out our page! If you like the look of our game, please spread the word and share the link to our game.

If you want to find out more about Sure Footing, here's a bunch of ways you can do that:

Get ready to #KeepRunning March 30th 2018 on Steam experience the fast paced, play it your own way, cute and vibrant infinite runner whether it be on your own or on the couch with up to 4 friends.Give the gang a wishlist on the steam store Goo.gl

Join Pete, Polly, Blip and Plunk and outrun Deletion Dave across the disk sectors of Computra in our procedurally generated platformer in single player, multi-player and crazy costumes! Customise the way you play with a variety of power-ups and buffs that give you an edge over Deletion Dave. Play at your own speed and never play the same run of platforms twice with our extensive PCG system, to taxing change the difficulty with up to 4 different settings.

Check out the announcement trailer Goo.gl

Sure Footing on Steam Greenlight!

Tags
Embed Buttons
Link to Sure Footing by selecting a button and using the embed code provided more...