Supersolar is a top-down action game currently in an early prototype stage. Take control of an advanced spaceship and fight against swarms of aggressive drones. We want to focus on fun combat, cool ship designs and level art. Gameplay trailer coming soon!

Also check out this 30 second teaser:

And here's what's new for October.

I decided to postpone the indiegogo campaign for a few weeks while we add more content to this demo (and tweak some things).

Goal is a one hour gameplay time and an optional tutorial, as well as working on art (new enemies and weapons), level (inside of a giant ship), fixes (start menu with options) and mechanics (controller support, limiting combat arenas).

Only after the demo is finished and all the mechanics we want implemented we'll be working and launching the indiegogo.

The demo features a training areas to get accustomed to the controls, a shooting range, and then a bit of action!

"Turaco" AMP Laser is a standard-mount weapon. It has its own power source and can fire in a short one second burst, but with devastating effects for the hull of any ship. The laser penetrates thickest hulls almost instantly, and can wreak havoc on the inside.

The "Cygni" Minigun is a light weapon intended for use against non-armored, non-shielded targets. The bolts heat up and disintegrate the metal in standard hulls.

Here are some screenshots in-game and level breakdowns: 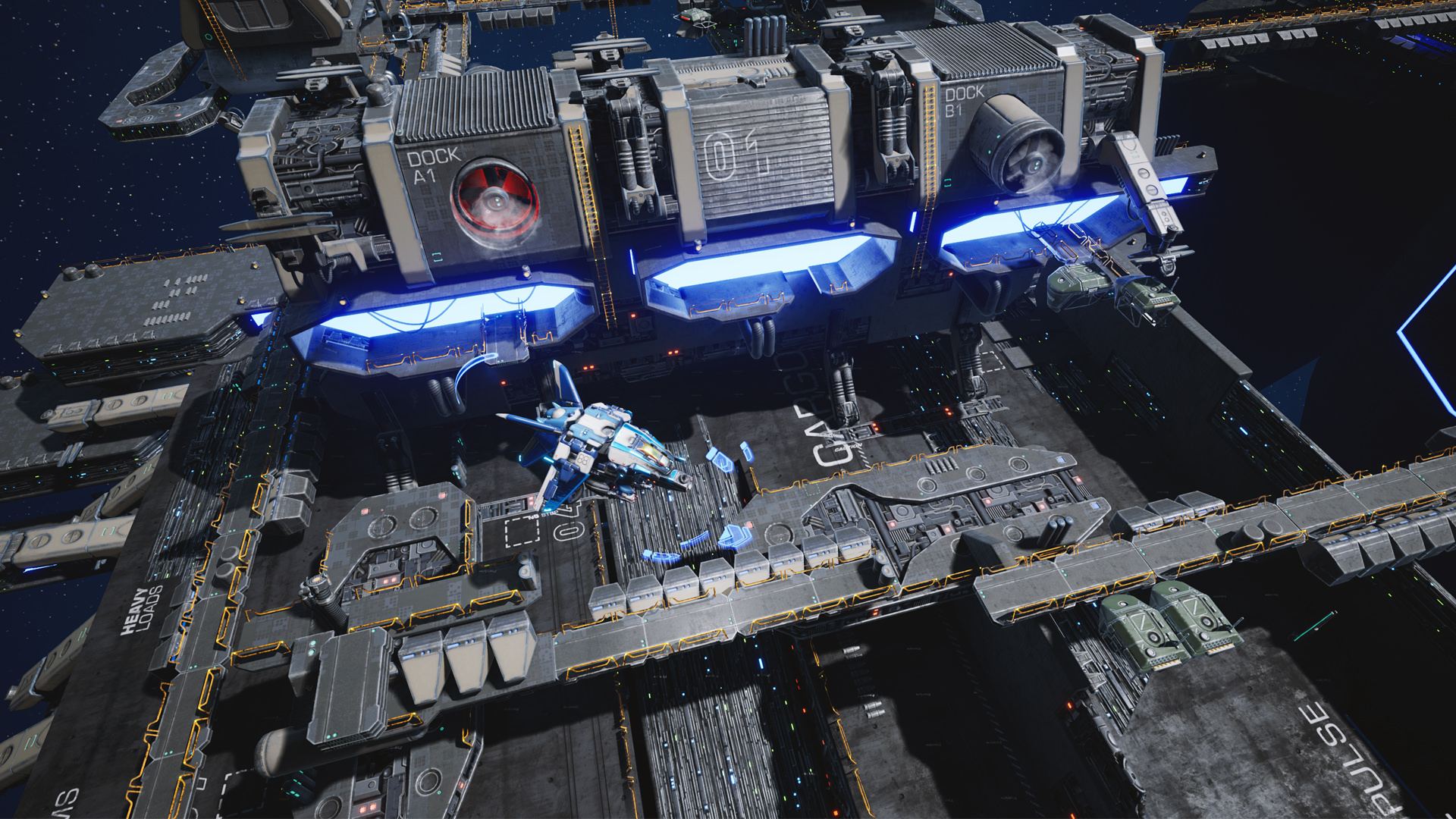 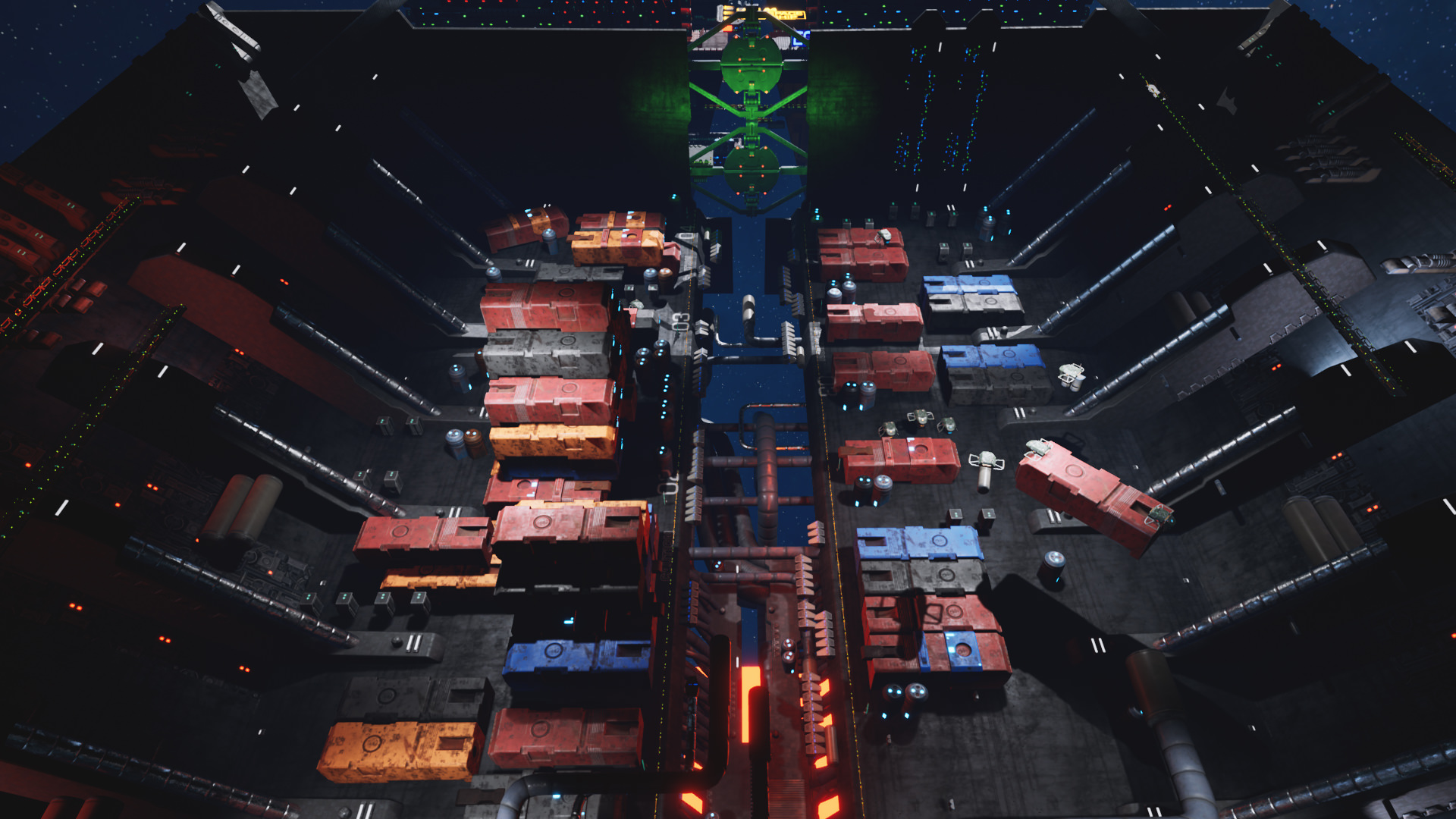 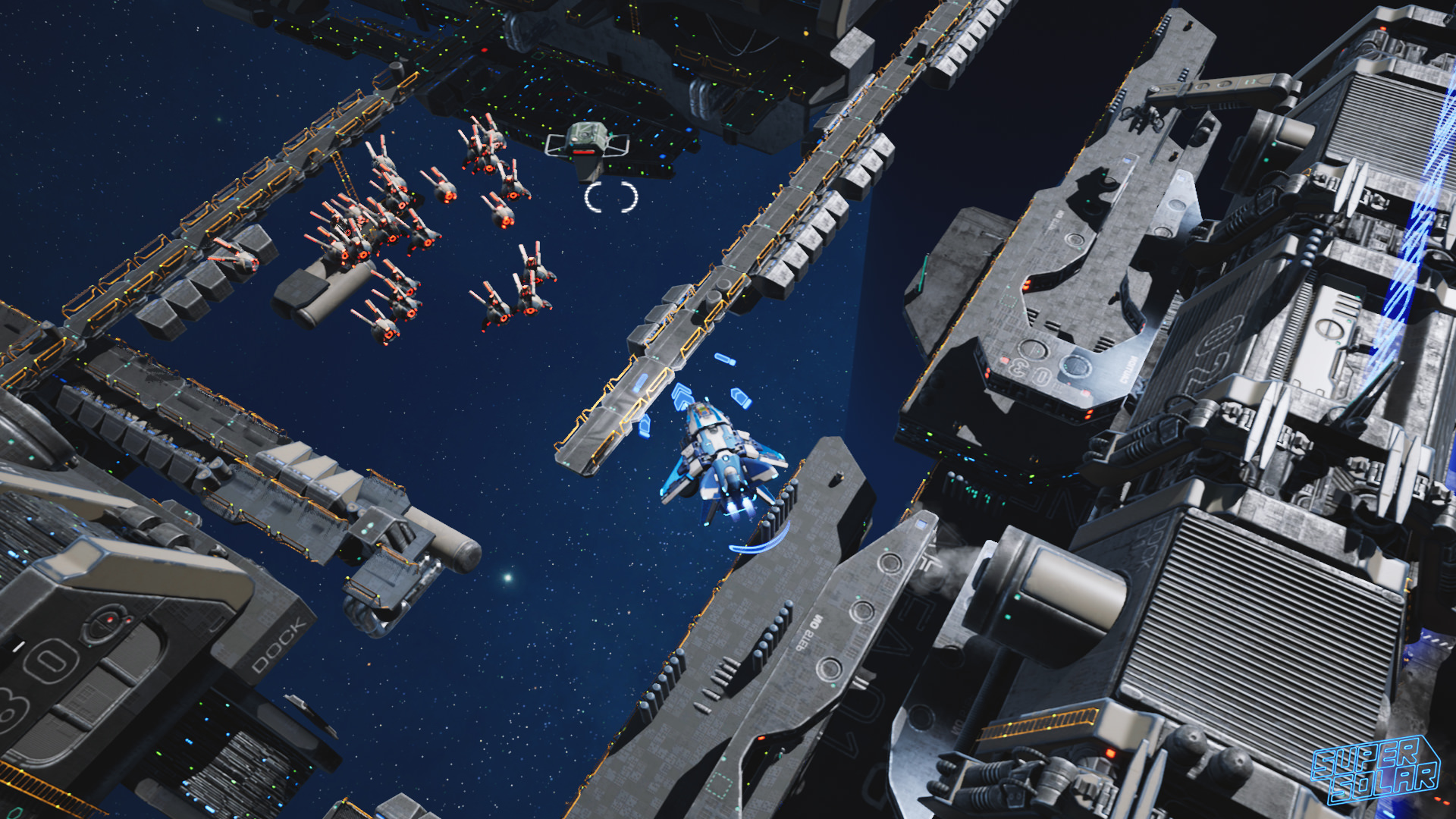 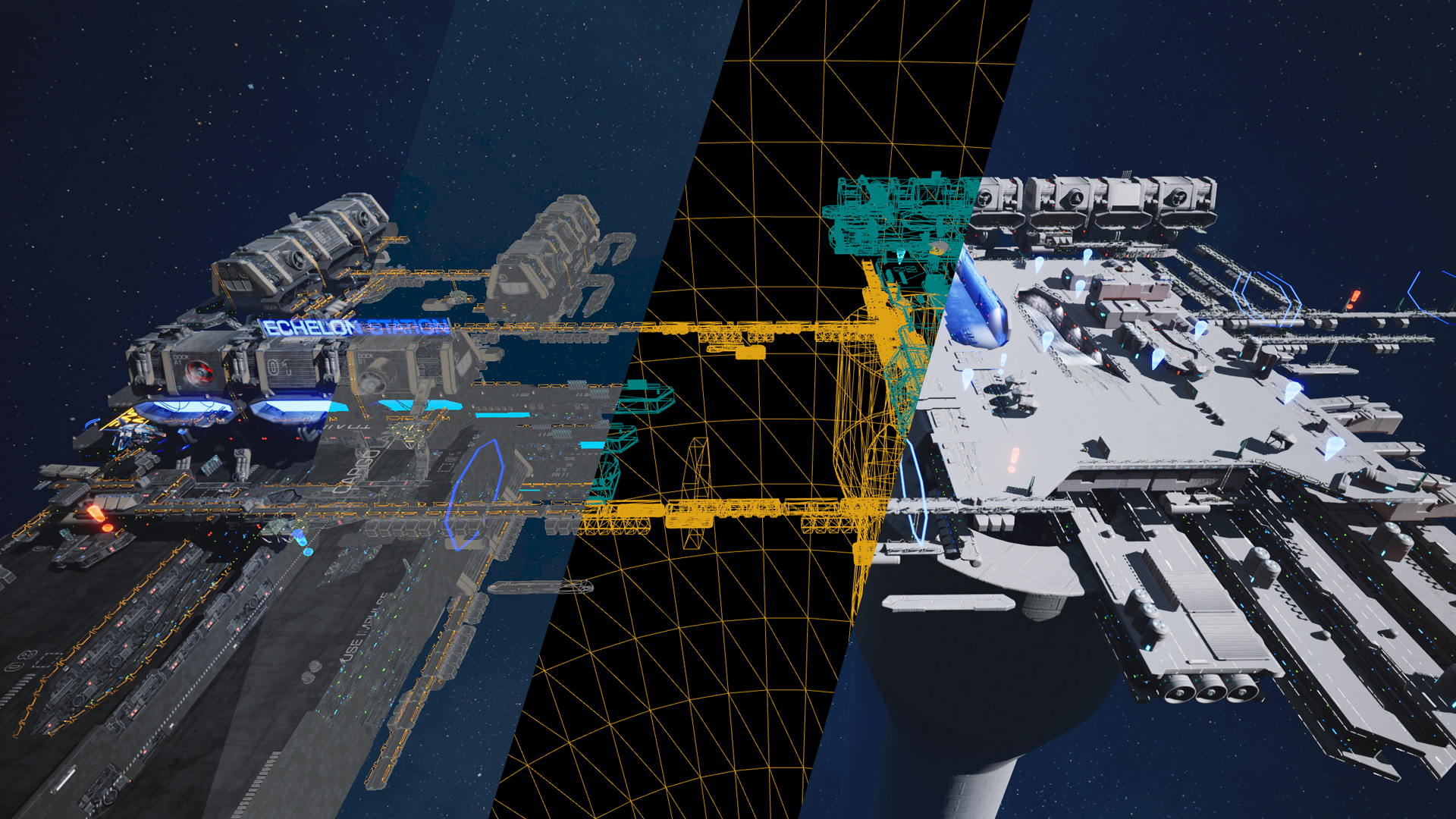 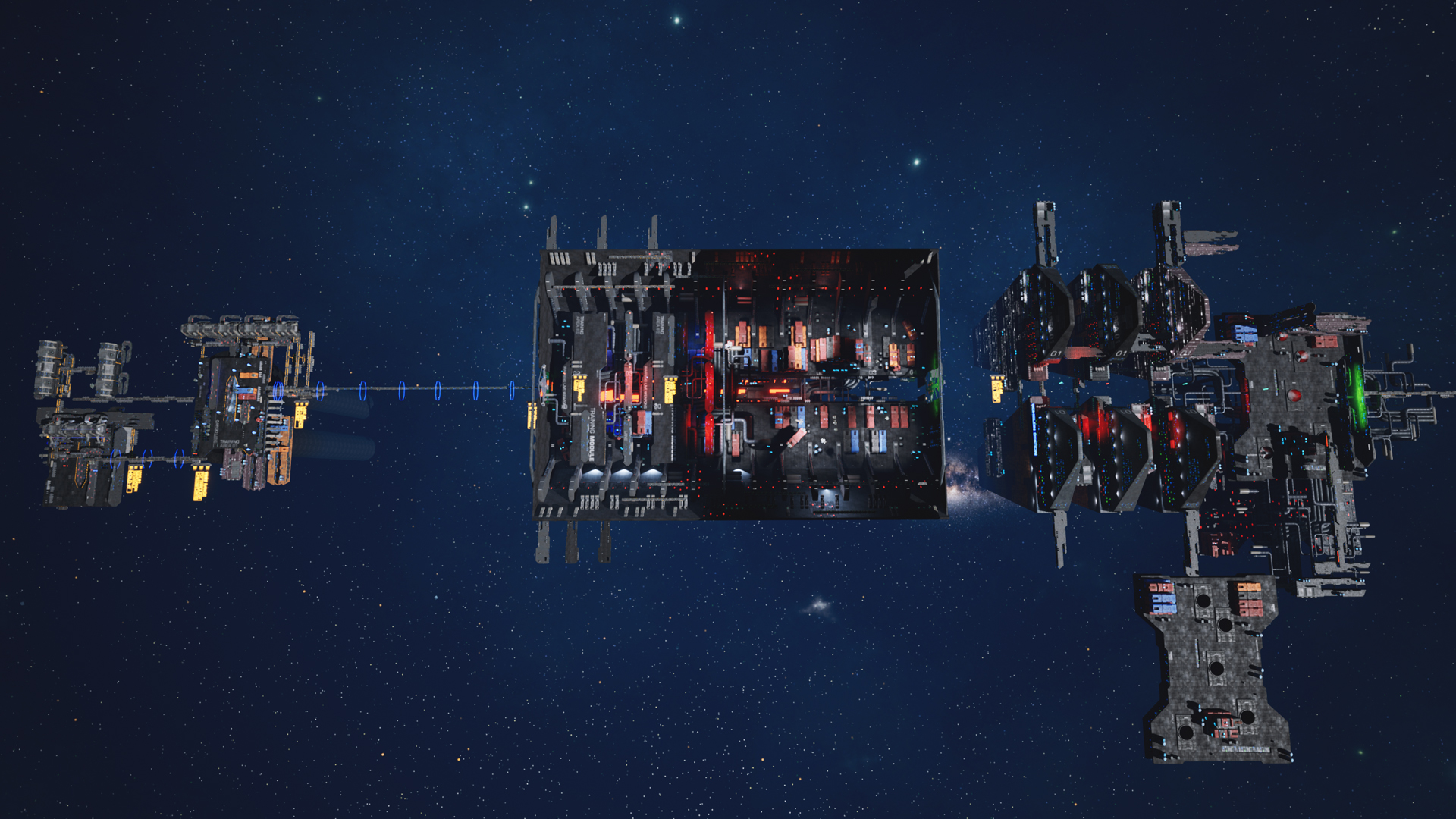 Check out the final ship 3D UI, a revamped movement system, first finished assets for the new level and lots of drones blown to pieces!

Release of the first pre-alpha trailer and downloadable demo.

Progress over the last month - ship is completed and the demo is almost done.

New updates on status of ships and progress on level design.

this looks amazing! keep up the dedicated work!