Super Cat Herding: Totally Awesome Edition is a simple yet hilarious game where you herd super-powered kittens to solve the mystery of the missing catnip!

From laser pointers to the Kitten Cannon, over 15 tools and superpowers for you to experiment with!

Did we mention the tools and superpowers stack? Fire breathing kittens with jet packs? Check. Bouncy kittens hyped up on caffeinated treats? Done. What will you create?

This would not have been possible without the existence of our kitten overlords, so 10% of every game sale goes to The Anti-Cruelty Society, as voted by the community.

Creating chaos with your keyboard and mouse works great, or get even closer to your menacing balls of fur in your Vive headset if that’s how you roll!

Guide your superpowered minions to destroy nearly everything you encounter, all for a good cause, and a few laughs!

Over the last few weeks, we've been working to enhance the game with new content, and we have some exciting new things to tell you about. All of these additions are included in the base game (no DLCs) and we think you'll really enjoy them!

First off, we have a brand new level set on Mars. After defeating the Goos and the Goo King in the farm level, the kittens commandeer the crashed alien ship to take the fight to their home planet!

The new level is gorgeous, and you get to toss around a pet nuke while you fight the relentless Goos! Here’s a clip:

The new Cydonia level introduces never ending armies of Goo Minions, Goo Kings (who knew they had multiple kings?), and the all new Goo Troopers and Super Goo Troopers on the beautiful landscape of Cydonia. 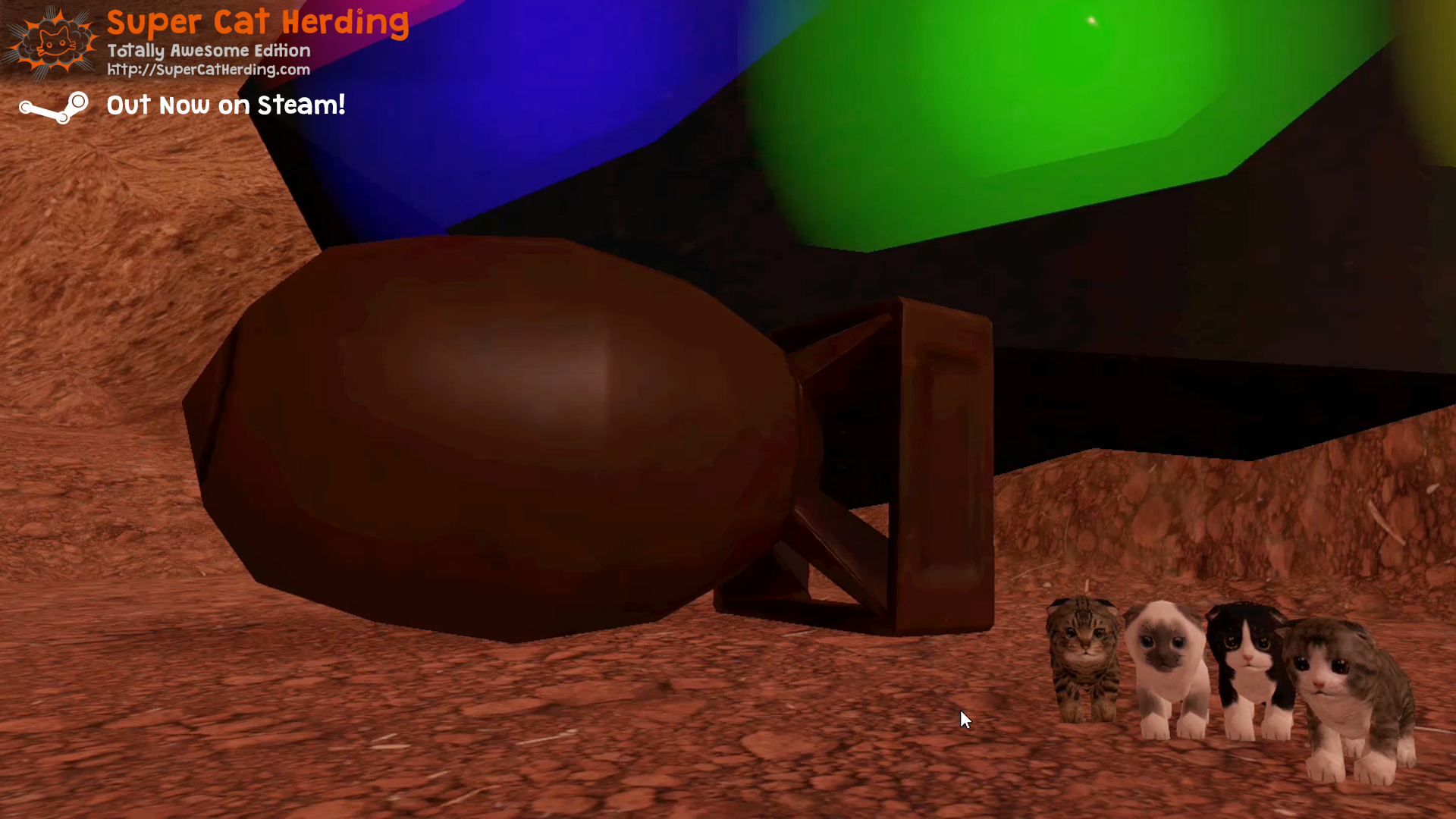 Super Cat Herding: Totally Awesome Edition is all about the tools and super powers - so we recently introduced a new one: Static Cling. Apply this to your kittens and they will attract the stuff around them and generate their own mini-tornados of destruction! 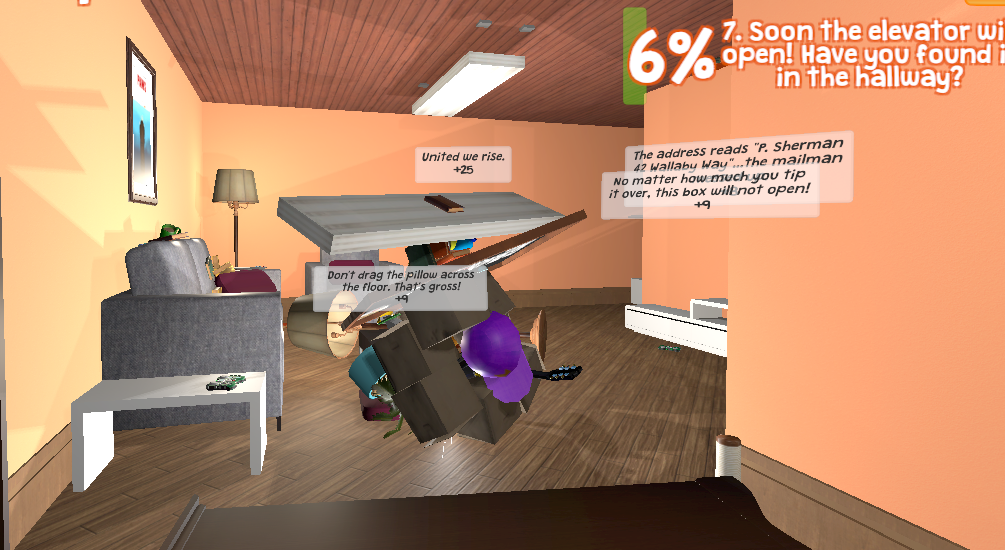 The Goos continue to evolve! Over the last few weeks we’ve added a number of Goo variations, and made them a lot more threatening. The Goos now shoot plasma bolts and show up a lot earlier in the game. We’ve also added the new Goo Troopers and Super Goo Troopers in the latest level (Cydonia). Across all the levels, you’ll now fight 4 different types of Goo enemies! 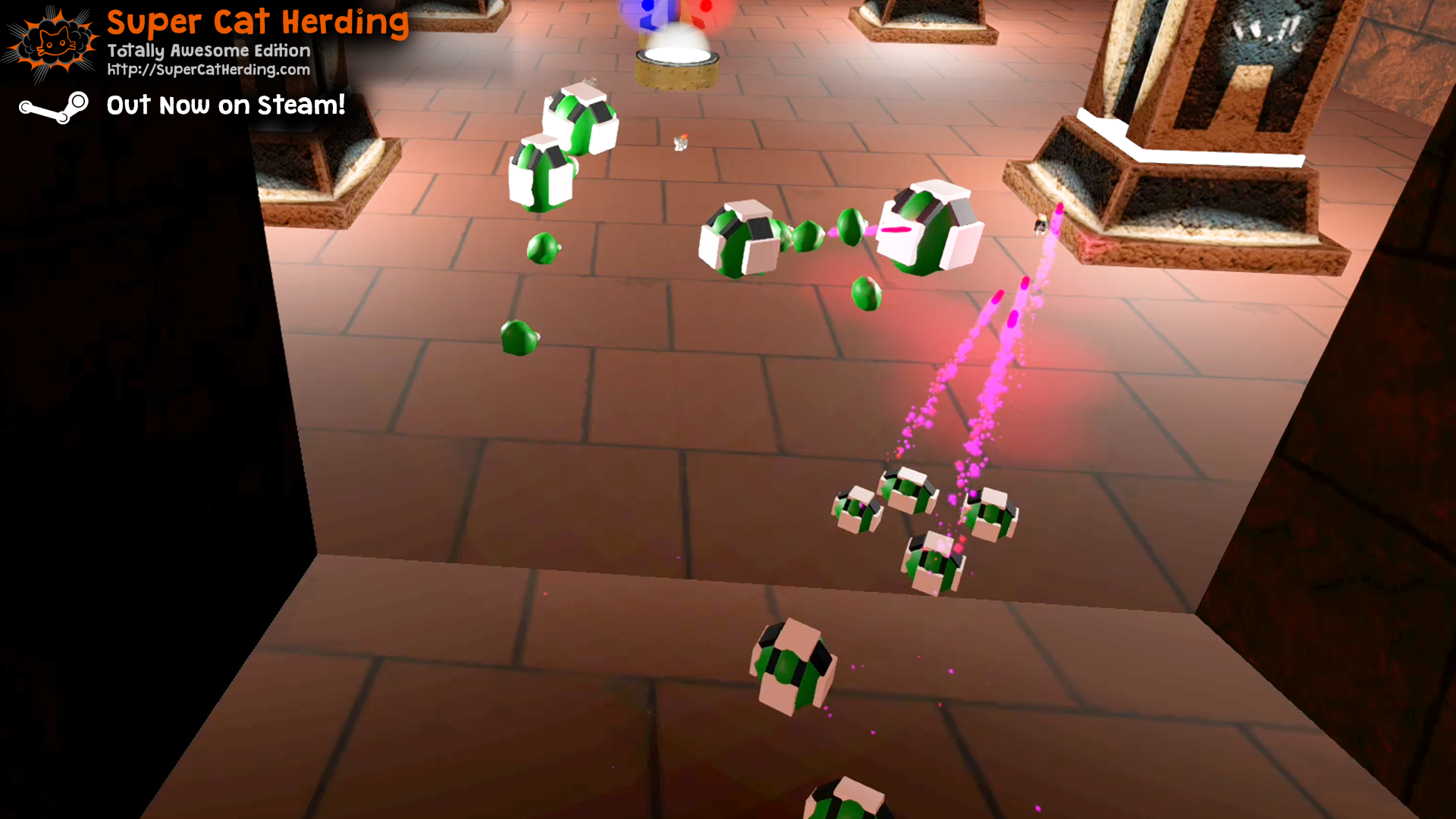 Super Cat Herding: Totally Awesome Edition makes for hilarious Let’s Play videos and we always love to share them. Our favorite ones released in the last couple of weeks include:

You can buy the full game on Steam, and remember, 10% of each sale goes to the Anti-Cruelty Society! 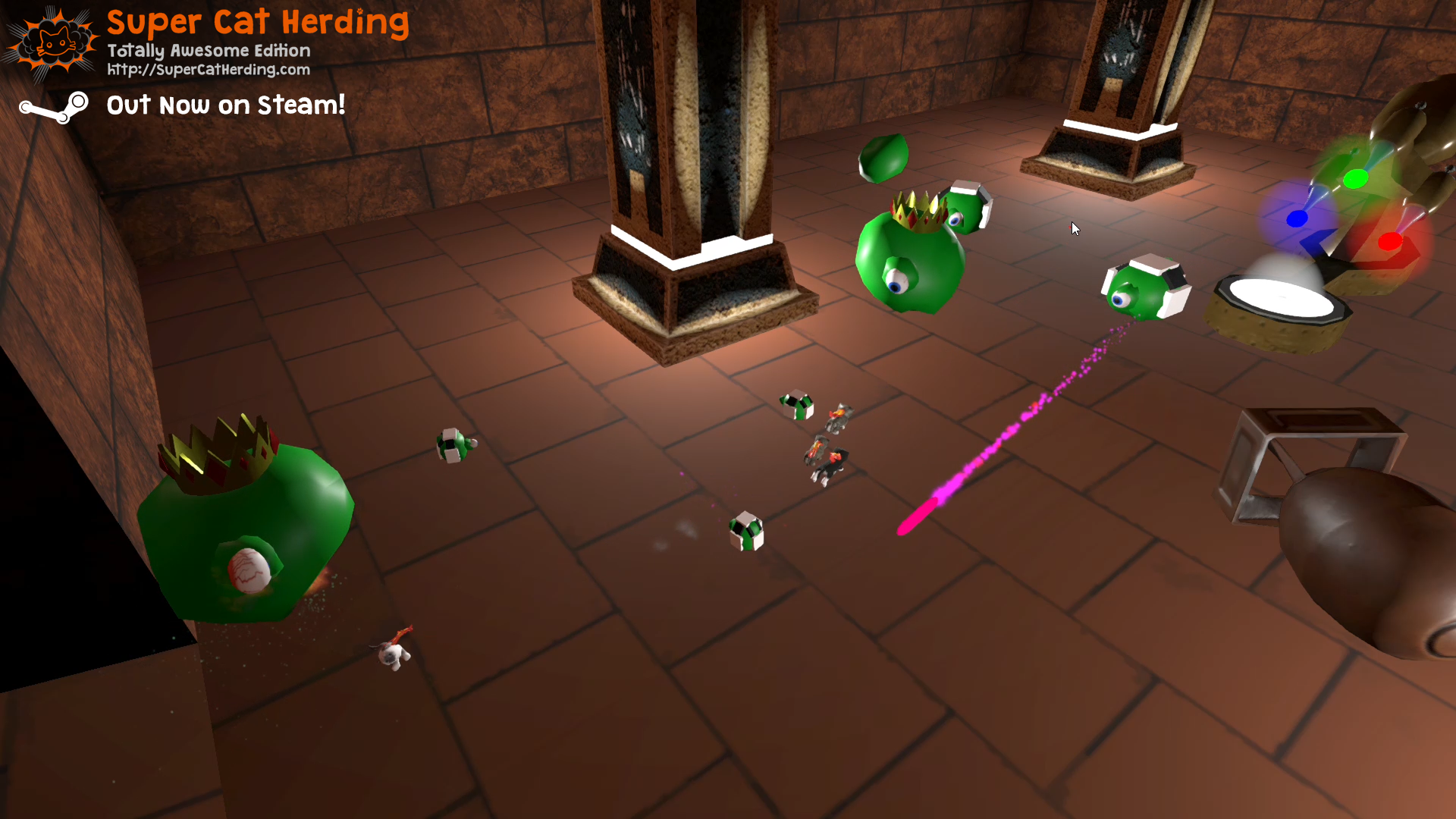 It has been an exciting week: Super Cat Herding has been released on Steam AND we have a brand new content update, the Totally Pew-Pew Edition!

Version 5, the "Totally Fiery Edition" is now live! Try out the brand new Dragon's Breath Treats and torch that apartment to a crisp!

Hey Creators can you add to this game when you score 5k points that you get a tool energy snack or pills that when you take you hear nyan cat and they run super fast.Or make the same game only with dogs in a junkyard.

We could do both! I particularly like the Nyan cat reference!

Hey there, I gave this game a good ol' play for an Evening With Heiach. Check it out!:

Oh my Lord I loved this! Check out the video I made on it too if you want!

Awesome video! We enjoyed watching it, as I'm sure others will too!

Thanks @ElectroMite! We appreciate the support - spread the word so we can get the game released soon!