SUBSTREAM is a third-person shmup that's choreographed to music. Substream is an abstract aerial shooter where you battle the waves of attacking enemies. But it's not that simple, because space is wrapped. Enemies appear in multiple positions ahead of you, and your lone fighter ship is a squadron stretching off to infinity. Expect to be flanked by enemies that are right in front of you. Every level in the game has been animated with a different musical genre and the entire environment is dynamic. Terrain and scenery morphs and pulses with the rhythms, melodies and themes of the soundtrack. Substream is being developed for Windows PC. 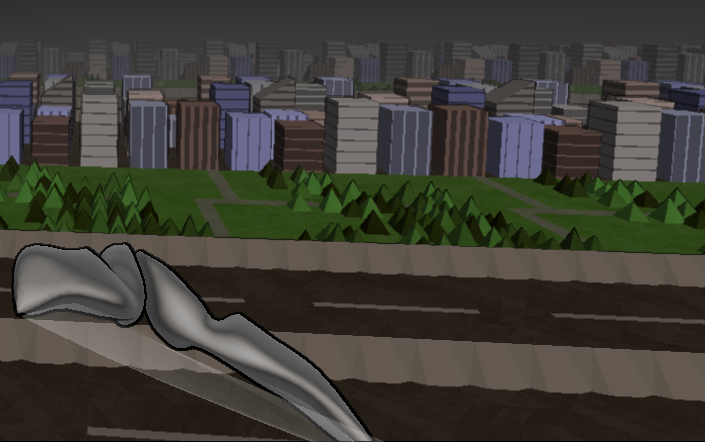 It's been a while since my last post, but I’ve completed three levels environments, finished two playable levels, and done a lot of additional development like optimization, installers and interfaces. For fun I also developed a mode for 3D red-blue glasses (although I’ve subsequently broken it, but maybe it’ll become an unlockable or something). 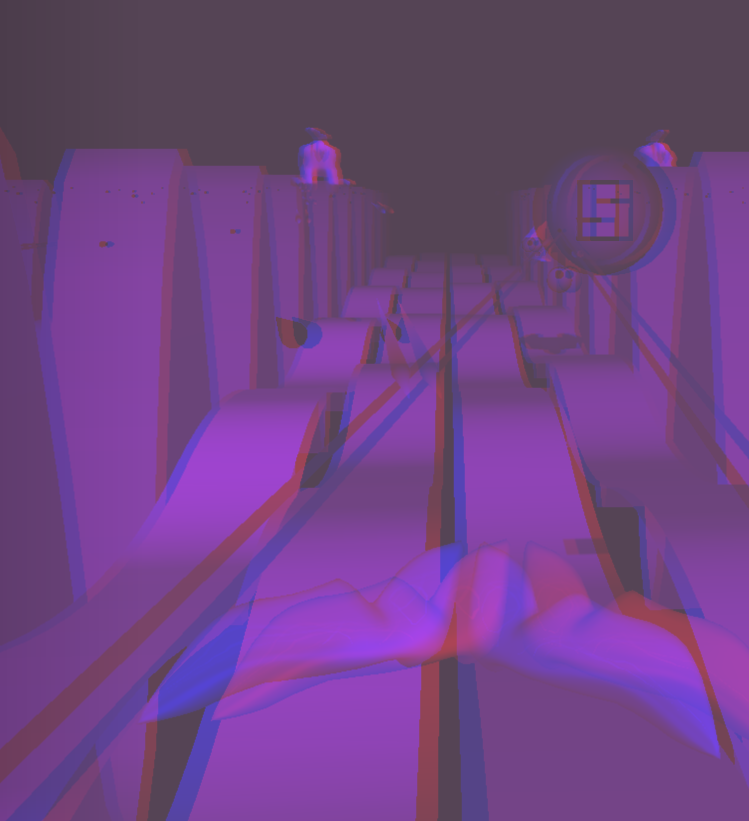 Out of all this work, it’s those technical jobs which have taken up most of my time. I recently rebuilt the city level’s environment to get rid of some of the uglier sections and make it more varied. This came together in a couple of weeks. I’m looking forward to getting stuck in to more level, gameplay and beautifying code. Over the last six months I’ve been lucky enough to land a part-time programming contract. This have taken up most of my time, but means I’ve been able to pay my bills and still leave some weekdays free to develop Substream.

Interested in Substream? Click to Watch This Game on indieDB, or give a thumb up on Greenlight...

Another Animated Level Environment In the Bag!

Progress report on Substream - a musical aerial shooter in development for PC.

I've been developing a music game that uses events and environmental animations that are linked to the game's soundtrack. The illusion is easily broken.

Substream is an aerial shooter animated to music. I've just released a new video and I'm working towards an even bigger trailer.

How do you get the motivation back for an indie game project after three years of just casually dabbling part time? This is a musical aerial shooter that...

This game looks amazing mainly because of the music and how smooth everything goes. Although there is already a game where the music syncs to the game, but that is in 2d and this is taking it to a whole new level. (I guess you could say a new dimension XD) But anyways, I am really looking forward for this game to come out!

The music in that video is absolutely lovely. I look forward to the OST. =D

@Cruciform Thanks! I'm really pleased with the way the soundtrack is coming together. It's a wide variety, every track's by a different artist. :o)

looks very promising, i really love the idea to make the game sync to the music. will we be able to choose our own music?

@Orange131326 Hey thanks! It's not my aim to allow music to be imported, because I wanted Substream's animations tied much more closely with the audio's mood and melody. If you're interested I wrote more about this here:
Indiedb.com

Love it. Hope you'll be able to make a OSX release, looking forward to it.

@EmanueleParis Yes I would love to do an OSX version! It may be that a PC version comes out first and then an OSX version would follow, but it's definitely in consideration.