They are the best at what they do; so much so that it has done nothing but build their ego’s over the years. With their arrogance having reached record-highs, they broke away from their respective forces and formed the mercenary group: Steel.

Thanks to their abilities, they have since been tasked with eliminating the recent influx of dangerous creatures throughout the planet. The only question now is will their ego help or hinder their ability to accomplish this…

Pick between 2 playable characters – one specializing in ranged weapons while the other in melee weapons.

By default you will move with WASD and aim with the mouse. Fire is left-click and pressing ‘E’ while within range of a dropped weapon will let you pick it up. You can only carry 2 weapons at a time, so picking one up with 2 will swap it for the current active one (switch between them with the space bar).

Anyone who follows me should know that I love my side projects! After a certain point however they become more than just a side project and end-up being another full-fledged project. This is another example of that happening. What originally started off as a “just for fun” project quickly evolved in to something I enjoyed playing as much as I did working on it. 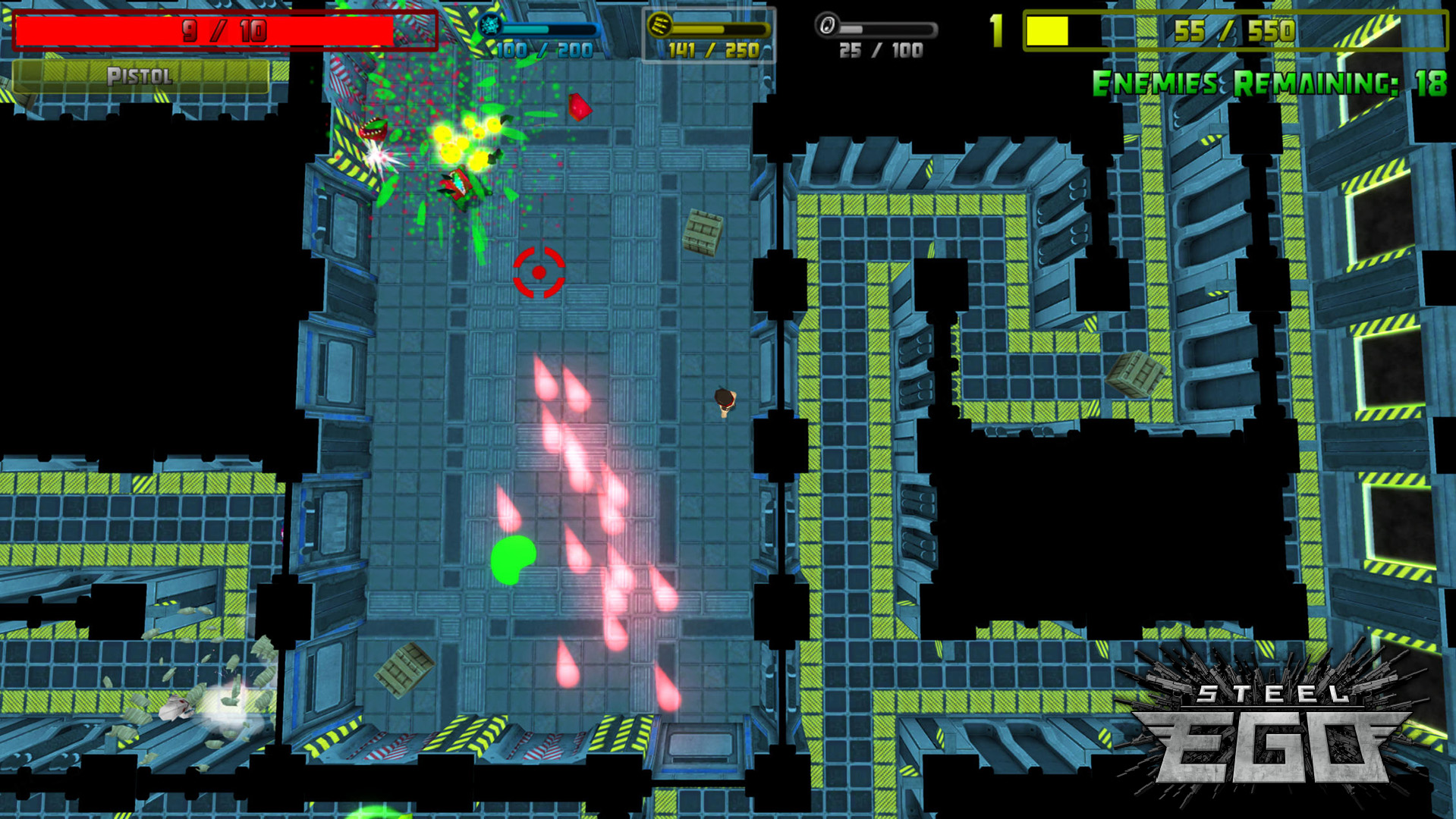 Inspiration for this project came from Nuclear Throne. After (finally) playing it, I found myself hooked - but I couldn't quite pinpoint why. More often than not I would find the difficulty way too steep, but I kept coming back for more. I quickly found myself hooked (and as a byproduct, inspired). 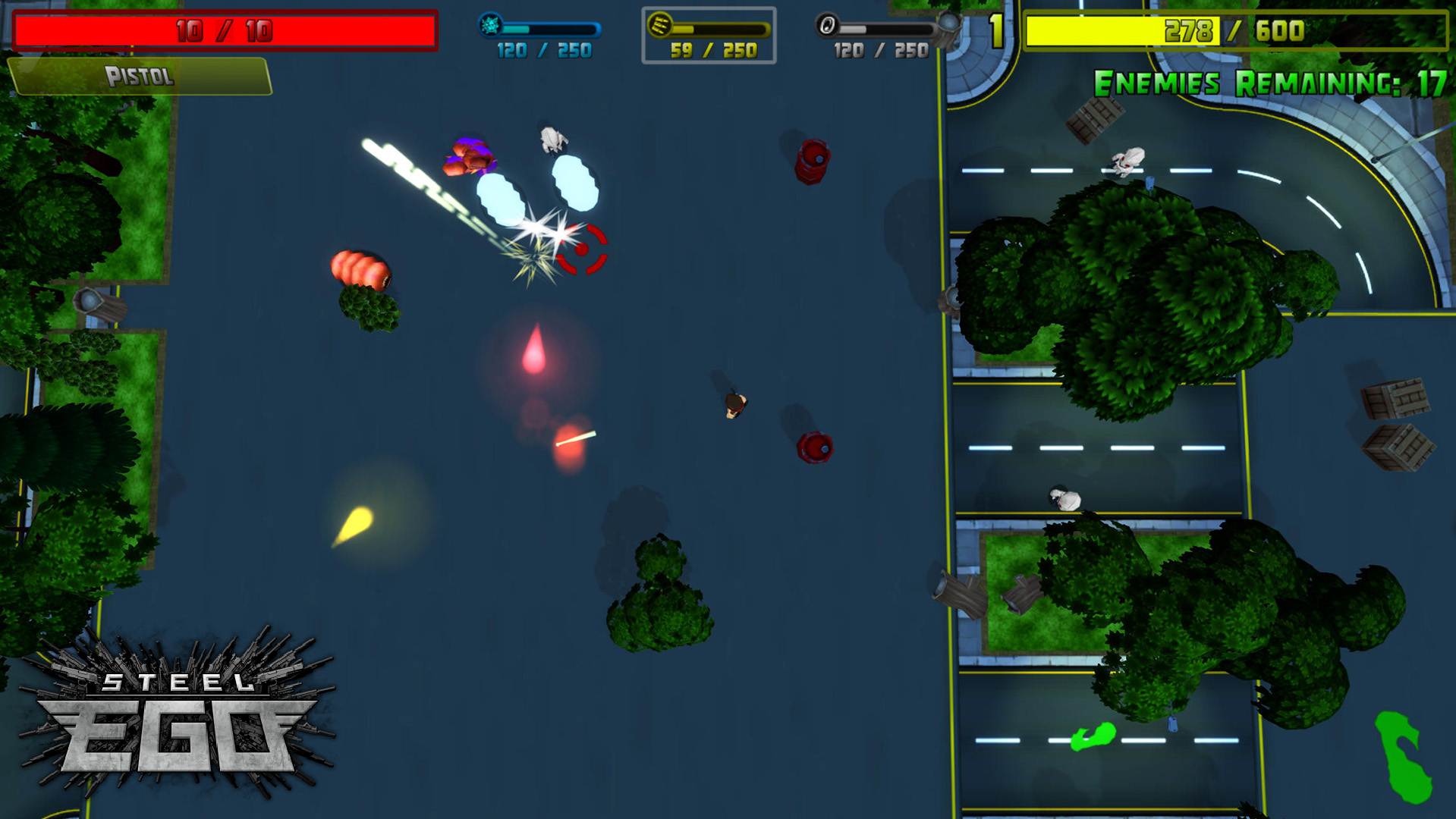 I wanted to try and recreate that "addiction", only scale back the difficulty a bit. Not wanting to be just a clone of Nuclear Throne, I added the ego system. Instead of gathering exp throughout the levels, each level has a set goal of ego to attain. The caveat here is the ego meter slowly ticks down. 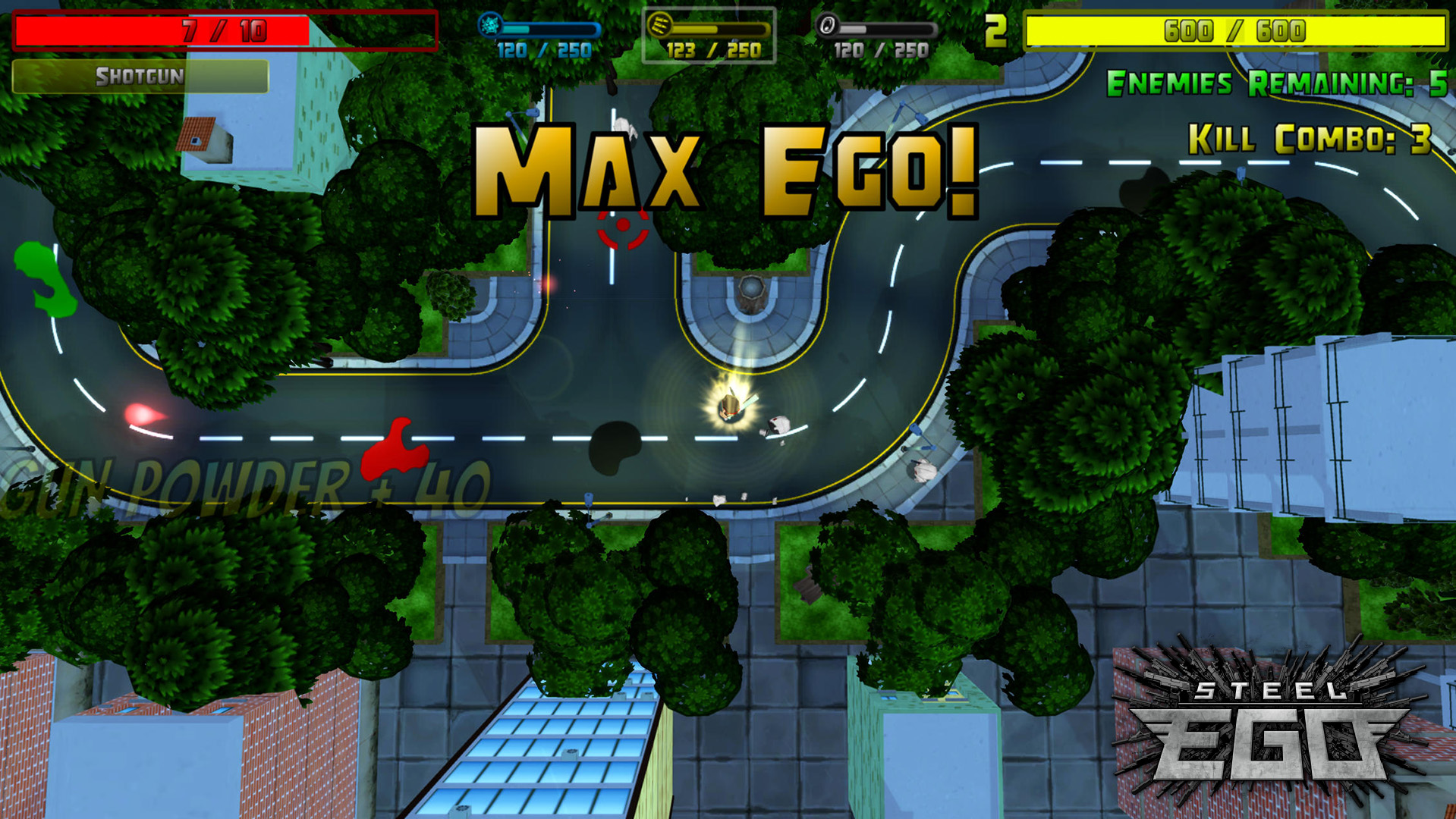 If it hits zero, your character will move and fire much more slowly. Otherwise if you don't kill enough enemies in a period of time, you'll find it impossible to reach max for the given level. This also means you'll miss out on a character upgrade to make the next levels easier. I found this sense of urgency added a lot to the game without making you feel too rushed. 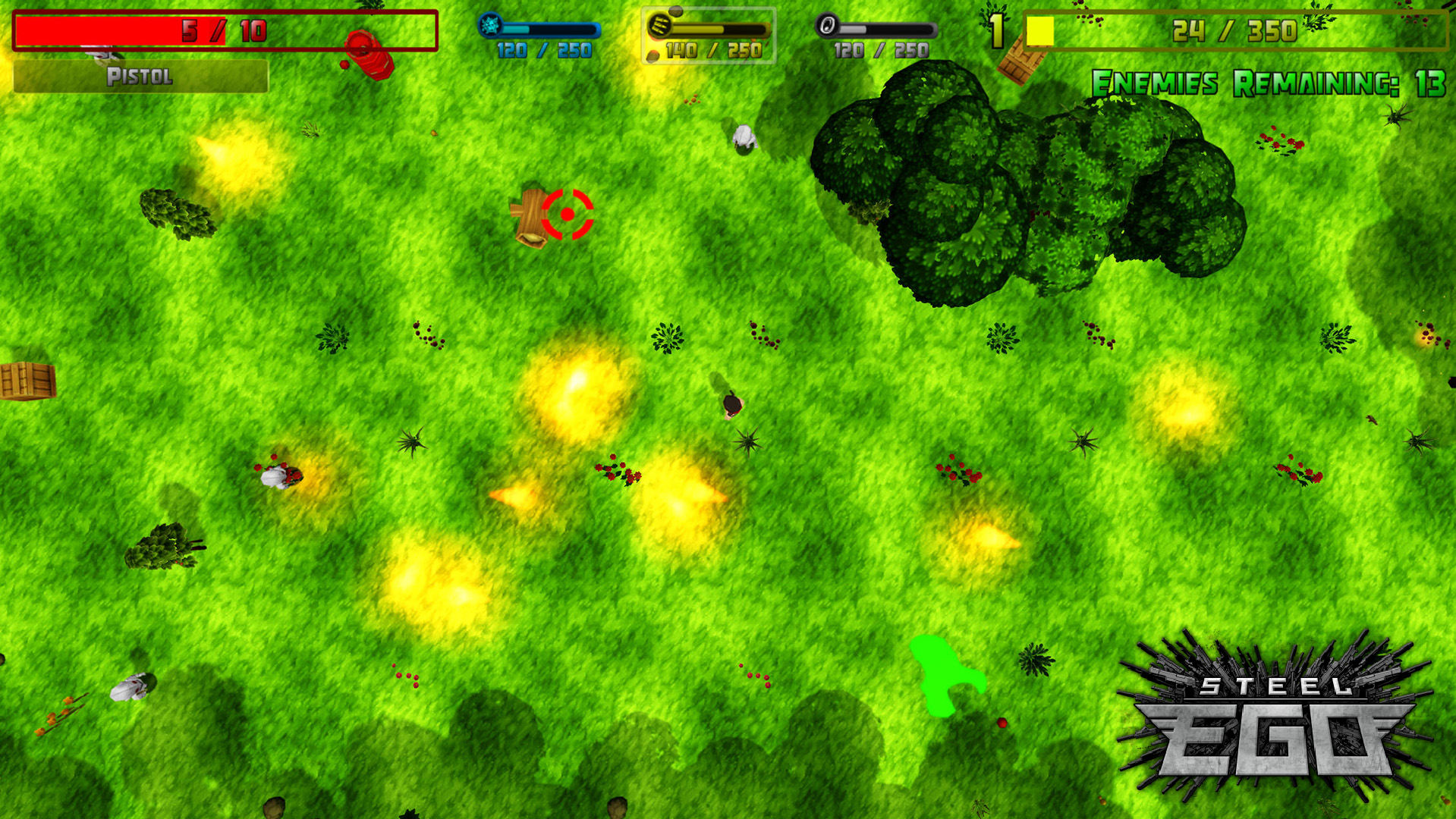 As of now, there is a wide (but also basic) assortment of weapons. I say basic because it boils down to 4 types:

Melee weapons range from a baseball bat to a katana, standard and plasma from a pistol to an assault rifle, and lastly one I made for fun: a blackhole generator which spawns a blackhole, sucking in all nearby enemies. Currently, that is the only weapon which uses dark matter ammo. My goal is to add more obscure weapons using this ammo type. 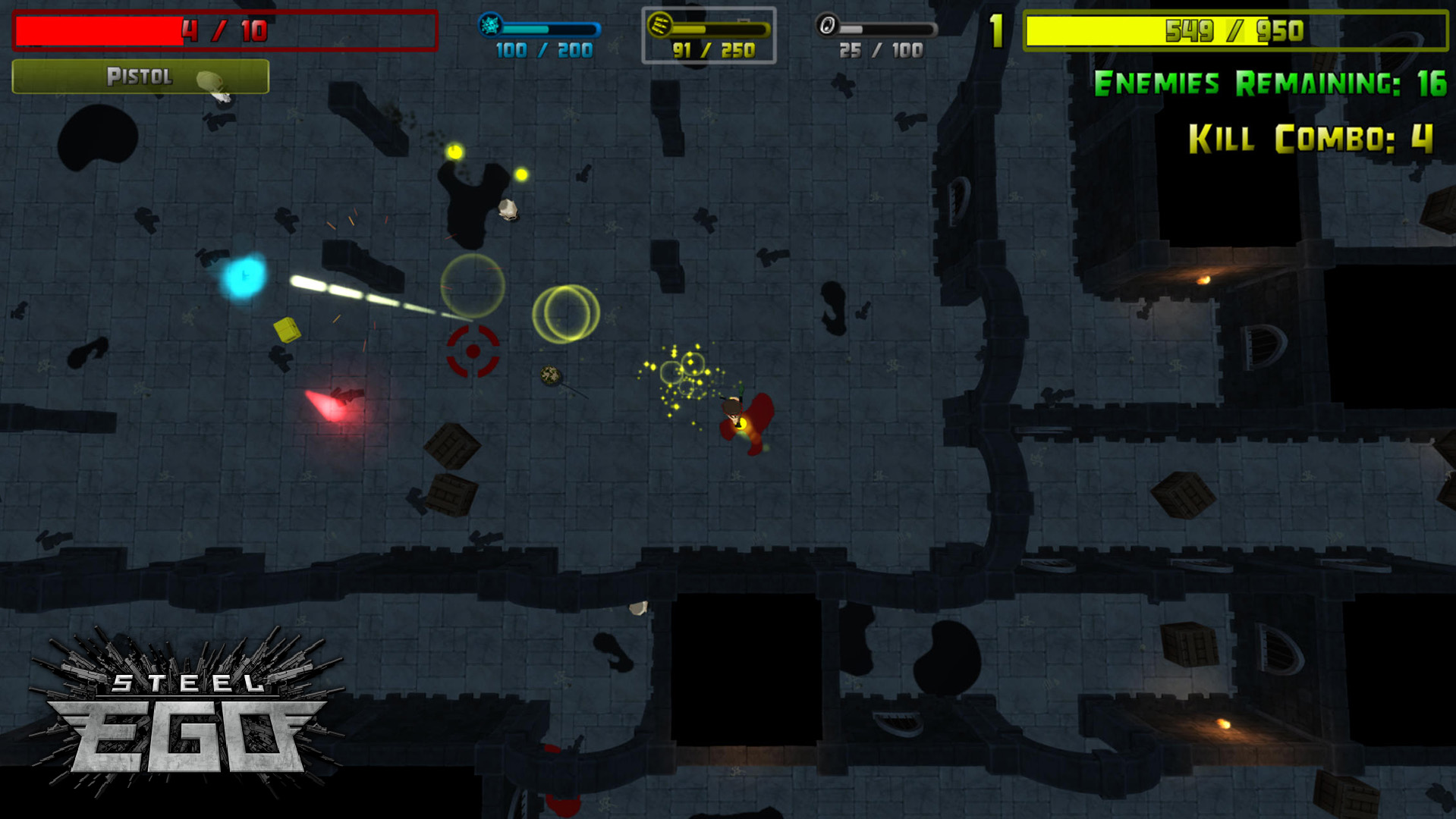 There are currently 4 different environment types as well:

These are all procedurally generated at runtime (another feature I wanted to play with when I started this project). I plan to expand on these more (with weather effects, different times of day, etc) but for the public alpha, you will find one of each type. 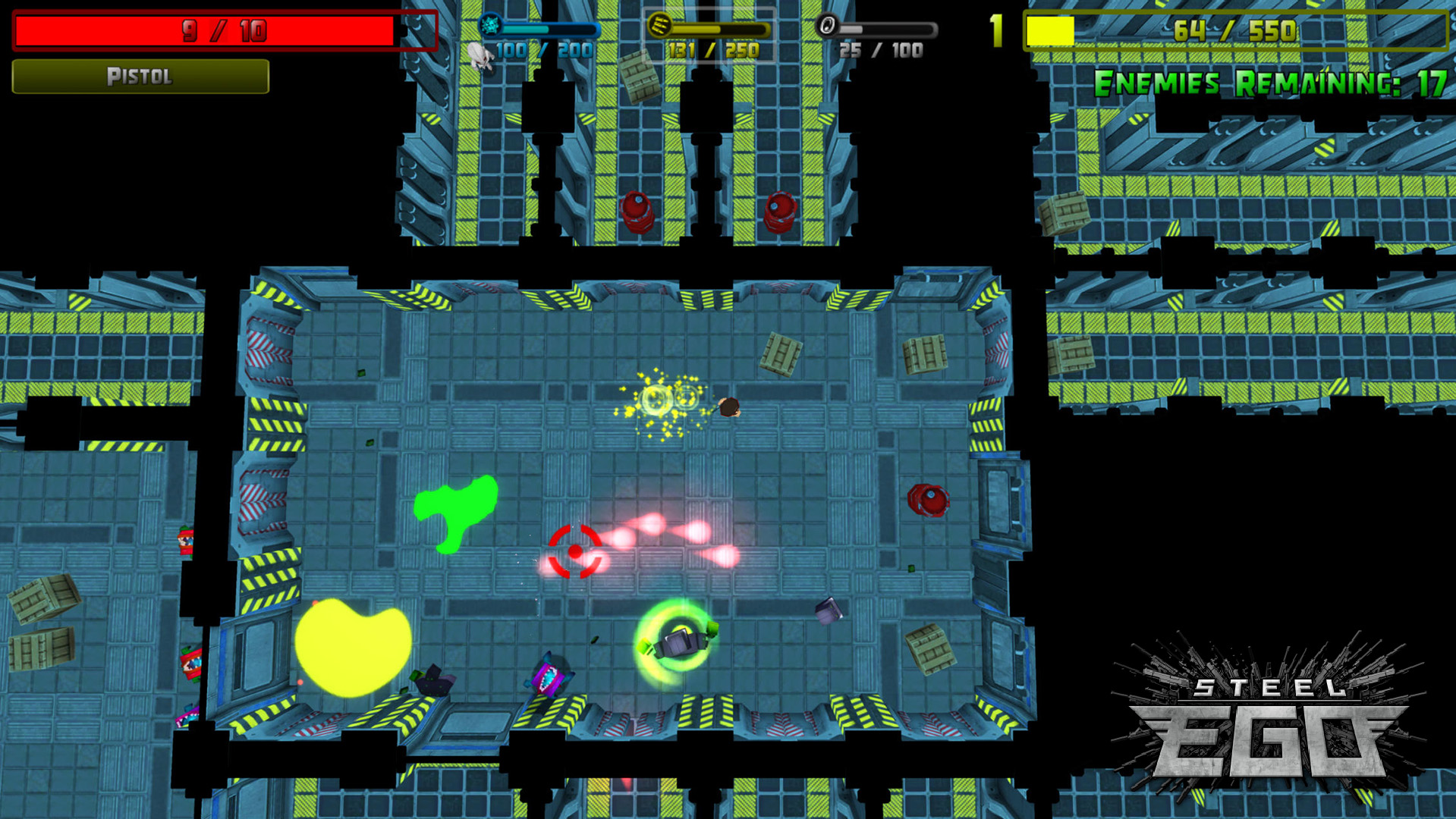 I would love if you would follow me on Twitter and if you have any suggestions or bugs to report by letting me know via email at: Brandon@StudioBesus.com