Prepare for boarding! SteamWorld Heist is a space adventure with turn-based tactical shootouts, where you aim in real time and perform awesome bullet-bouncing trick shots.

Join Captain Piper Faraday, smuggler and occasional pirate, as she recruits a rag-tag team of steam-driven robots and sets out on a daring adventure. With your hearty crew you'll board, loot and shoot your way through enemy spaceships. Overcome the challenges of the vast frontier by upgrading your robots with unique abilities, weapons &ndash; and even stylish hats!

SteamWorld Heist focuses on skill rather than dice rolls. You're in charge of aiming and can bounce bullets off the environment for cool trick shots.

If you're new to turn-based strategy, SteamWorld Heist is a great place to start. And veterans will enjoy the depth and challenge of the game's higher difficulty levels.

The Humble Indie Bundle 18 has been announced, and it contains some amazing new indie releases, along with some classic indie touchstones. The bundle is divided into three tiers: if you pay $13 or above, you’ll receive all the games in the bundle, along with the bonus items. If you pay the average or more, you’ll receive all games with the exception of D-Pad Studio’s Owlboy. And if you pay what you want, you’ll get the first three games in the bundle. So what’s in the collection? Find out below!

Kentucky Route Zero is a magical realist adventure game about a secret highway in the caves beneath Kentucky, and the mysterious folks who travel it. Gameplay is inspired by point-and-click adventure games (like the classic Monkey Island or King's Quest series, or more recently Telltale's Walking Dead series), but focused on characterization, atmosphere and storytelling rather than clever puzzles or challenges of skill.

Goat Simulator is all about causing as much destruction as you possibly can as a goat. It has been compared to an old-school skating game, except instead of being a skater, you're a goat, and instead of doing tricks, you wreck stuff. When it comes to goats, not even the sky is the limit, as you can probably just bug through it and crash the game.

Beholder is a simulation of the life of an ordinary human being at the frightening dystopian World where the State controls every aspect of private and social life. You are a State-installed manager of a busy apartment complex and your main goal is to spy upon your rentals so peeping and eavesdropping is a job. You must enter the dwellings of your tenants while they're at work or simply out of apartments, install hidden surveillance equipment, and search their rooms for anything that threatens the authority of the State.

Pay What You Want:

Become a neophyte sorcerer, and get ready for your rite of passage: Enter the labyrinth and face dangerous challenges to prove your worth and become a powerful wizard! The game focuses on fast-paced first person shooting, with an old-school vibe, and updated handling and game mechanics. Dungeon crawling and RPG/Roguelike elements are added into the mix, resulting in a fun, challenging and varied game, with lots of content to discover.

Windward is a fast-paced naval combat game set in the fantasy time period similar to the mid-17th century. It features a variety of different ships to choose from, different maps to play on, randomly generated booty to discover, talents to earn, ships to unlock, and plenty more. Play skirmish by yourself or with up to 15 of your friends and become a feared pirate like no other.

SteamWorld Heist is a space adventure with turn-based tactical shootouts, where you aim in real time and perform awesome bullet-bouncing trick shots. Join Captain Piper Faraday, smuggler and occasional pirate, as she recruits a rag-tag team of steam-driven robots and sets out on a daring adventure. With your hearty crew you'll board, loot and shoot your way through enemy spaceships. Overcome the challenges of the vast frontier by upgrading your robots with unique abilities, weapons, and even stylish hats!

The Humble Indie Bundle 18 is also planning to reveal more games in the Pay The Average Tier soon; we’ll update this post with the details once they’re announced. And finally, if you Pay The Average, you’ll get the awesome soundtrack to Kentucky Route Zero, and if you pay $13 or above you’ll score Owlboy’s own amazing soundtrack, too.

Support us by purchasing the bundle via this link

IndieDB may occasionally include affiliate links in article, which means we receive a small commission if you purchase by following such a link. 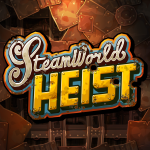 Streets of Cyberworld Turn Based Strategy