Starfare is a real time strategy game with a Space/Sci-Fi scenario. The game is about capturing Asteroids and holding them to gain resources and bring down the enemies. The tricky thing is that the Asteroids may not always be static. There are 12 missions with a (hopefully) exciting background story as well as the possibility to create custom games. A nasty AI will accompany or fight against you. You can play as one of four factions which can be picked by yourself in a custom game, or which is predefined in a campaign. All of them have different properties and advantages. A maximum of 64 players allows you to witness gigantic battles with like 24 different units.

It has already been a year since Starfare has been released. I have been impressed by all the feedback I've read so far and and really want to thank you guys for playing the game. Did you know the game started with the thought "Can making an RTS game be really so hard?" Well, I assume aside from the game making process being hard or easy, it should be fun after all.

You probably have had a look on today's date already. Since it's almost Christmas and I can't wait for for it I'm giving my present to you today so you can have a good time waiting for Santa to come. Well, here you go... What's inside? 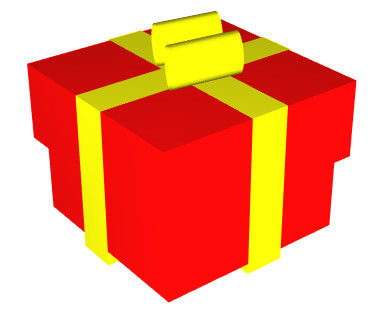 With that said we wish you a Merry Christmas and a happy New Year! Remember to like us on Facebook. Make frequent brakes when playing video games so you can spend some time with the people you like.

A new version of Starfare (1.0.66) is now available in the downloads section. This fixes a serious bug and (hopefully) compatibility issues.

Starfare version 1.0.65 has been released which fixes stability and performance issues and adds some cool new stuff.

I've been wondering if someone was interested in some details on the multiplayer mode and since I know you folks love pictures, here you go.

A real time strategy game with a space scenario combining Age of Empires and Settlers elements. Battle for precious asteroids with up to 64 players!

The Unit Editor enables you to create new units (from existing assets) and modify existing ones. Unzip the contents to the game directory where Starfare.exe...

This package includes Starfare version 1.0.67 as well as a multiplayer beta executable.

You stole Starsector's name AND failed to make a game. gg

Game is looking pretty dead :(
Is it?

Yes, the development has ended.

thx for the game to be free and thanks too for the Unit editor now maybe i can release a mod because i have just a expereinced modding on BATTLE FIELD 2 Just a tweaker
can i have permission?

and whao dude how can i select colors

Is there an option ot increase the font size at all, i strain to read some of the messages and when some prompts overlap others it is next to impossible to read them.

All in all a fun game, i enjoyed it a lot.

Thanks for playing :) Unfortunately, there is no option for increasing the text size, sorry :(

I may sound like an idiot here, but where is the multiplayer?

Sorry for the latent answer, I'm not checking comments out frequently. But thanks for playing the game :)

The multiplayer can be started from the game folder, just find "StarfareMP.exe".