Star Anger is 3D top down space shooter RPG in development' You will be able to play three races that are at the start of the game in alliance, but we'll see how they will work when a strange alien force invades their borders' Conspiracies, war, economy, science and you in the middle of it with your ship and crew, will you survive and uncover the mysteries that lay deep in the darkness of galaxy? You'll find out when we finish this game and make it available to all for free! The game will feature shader graphics and will be cross platform so all those Mac and Linux users will get to play! 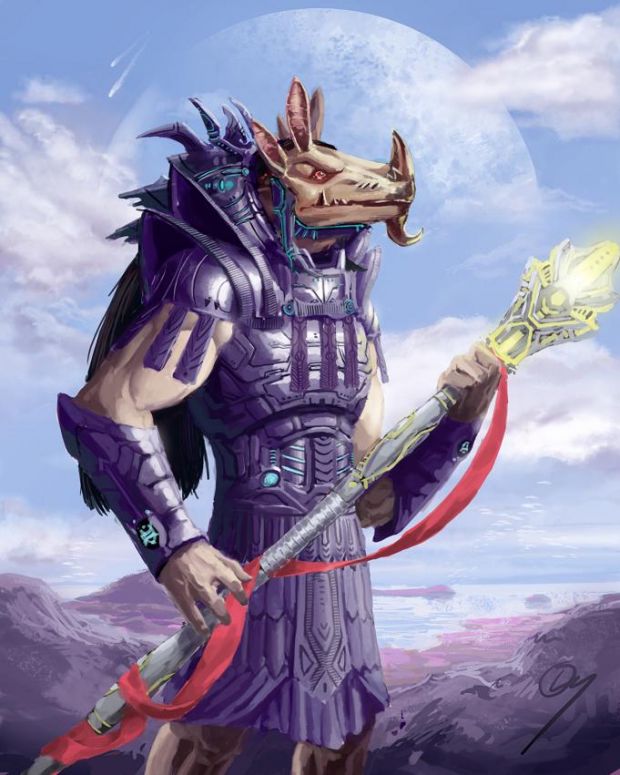 They are a warrior race, the winners of
Darwinictic war between them and other cultures
that inhabited their home world, the Abaddon. In
early stages of their space research they had
allready very advance weapons, so they had gained
the ability to conquer other world prety fast, and
so they did, the conquered world were turned into
slave colonies and were send on mining facilities.
They are rulled by an ancient family of Duiwel who
breed only with its kind and have remained the
pure blood for milleniums, they have more strength
and wistom than regular vehemen. The political
sturcture is an empire. Empire of Vehemen is the
official calling for it. When an emperor dies a
new one is selected from the Duiwel's, he or
she than goes through a series of trials to prove
worthy. After the signing of the joining of the
Vehemen to the Alliance they had to let some of
the conquerd planets and agree to never attack a
member of Alliance.