Stained is a side-scrolling, platforming and combat action game set in an ancient, mysterious castle featuring detailed 3D environments with a continually changing game world. Events in Stained are triggered by breaking objects placed in and around the castle, and outcomes are determined by the combination of glass pieces that litter the ground, leading to a variety of experiences. Novel ways to break objects have to be thought of at times, which will keep the player guessing what the next puzzle will be. In any fight in the game victory is usually temporary, as defeated foes may form again, or reassemble to form entirely new ones. The gameplay is fully interactive and physics based – each character’s uncanny abilities have to be kept in mind to think of innovative ways to proceed through the game! 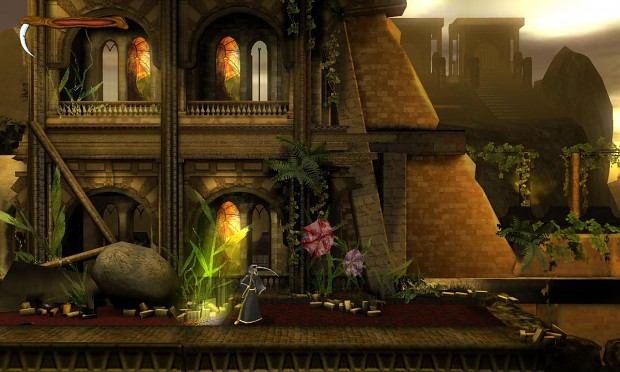