Our first VR game, "SpellBound", lets the player take on the role of a powerful wizard.

Thanks for voting and helping SpellBound on it's quest to become the 2021 Indie of the Year. You are now in with a chance to score some free games. Help this game secure more votes by embedding the widget (or link) we have included below on your favorite sites.

The last time we looked at first-person wizard simulator Spellbound was when it had just released a rough yet intriguing alpha video. The game uses a Leap Motion controller, strapped to the front of an Oculus Rift DK2 headset, to detect hand motions and translate them into the casting of spells. A new video, which pairs players' reactions to new gameplay footage, shows that hand detection is still a little buggy, but it's not stopping the game from looking like a serious amount of fun.

It's the perfect video for developer Wobbly Duck Studios to launch the game's Steam Greenlight campaign with, as it takes the focus off of what amounts to early control interaction bugs, and puts it onto how entertaining the idea and concept could be. 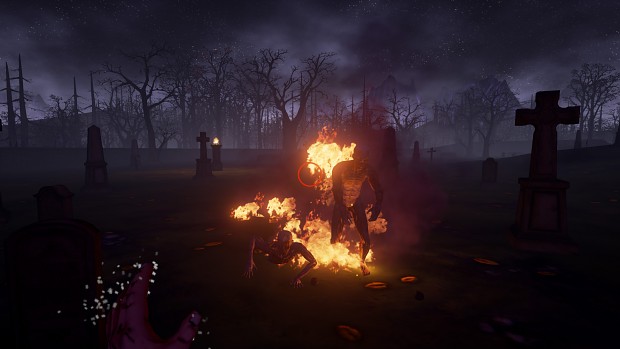 To that end, Spellbound isn't limited to just the Leap Motion controller and Oculus Rift. The campaign page lists all compatible devices:

The Greenlight campaign mentions that Spellbound will be released as a small but "complete and polished" VR game, with future updates to bring new content - such as support for more VR platforms, new gameplay modes, multiplayer support, and new spells. Those updates will be introduced for free, after the game itself is purchased when it releases in Spring this year. 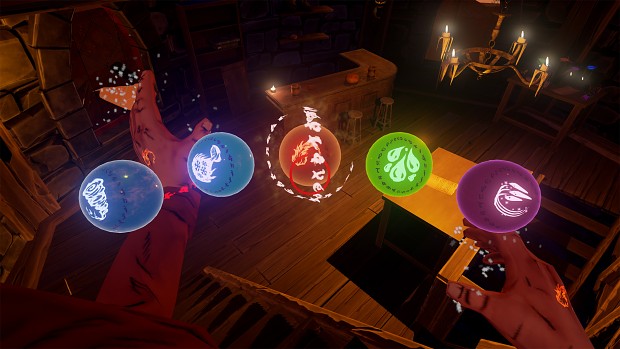 Spellbound Lets You Shoot Fireballs From Your Hands In VR