Speed supports online multiplayer mode over the internet. Test your speed skills against other players.

Speed is a game for two players of the shedding family of card games, like Spit or Slam, in which each player tries to get rid of all of his cards. Speed is a game associated with the game Nertz.

If you have ever played Spit or Slam before you will love Speed. 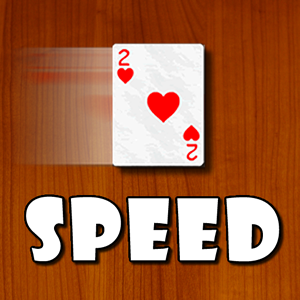 Speed is now available on:

Hope you have enjoyed playing Speed the card game. I wanted to let you know that you can now play Speed on almost any device. You can even challange players online from any device to any device in version 2.4.2.