SpaceBoy is an atmospheric game based on exploration, which continues to unfold as secrets and new environments are discovered. Ironically, for a game visually baked in darkness with mere white outlines guiding the player, SpaceBoy's unfolding roster of in-game charm and visual quirkiness uncovers a colourful and excitingly moody overall atmosphere.

The juxtaposition of the two is a quality SpaceBoy aims to compliment completely during dialogue exchanges with non-playable characters, and interactions with retro-styled animations of other worldly creatures and environments.

SpaceBoy is a very personal journey into the old cliched silent protagonist layout, with the player's experience concluding in heroism. The player becomes the hero throughout the game's many trials and tribulations. The old-school heavily gameplay-based games of the golden era of video games between the late 80's and early 90's - of which it's for the player to discover and resolve, to risk and reward, within a limited plot and narrative structure.

SpaceBoy is an action-adventure video game based around the discovery and exploration of a mysterious ship - devoid of colour and light.

Run, jump and defy gravity as SpaceBoy discovers strange new domains through the aid of the ship's Superior Operating Network - S.O.N. SpaceBoy can connect to S.O.N. and other computer-based systems to help fight against corrupt software spreading throughout the ship's large infrastructure.

Unlock power-ups and master SpaceBoy's moves and abilities, stumble across friendly and not-so-friendly characters and creatures throughout his adventure through contaminated worlds of rogue viruses and glitches.

SpaceBoy has been Greenlit!

We are excited to announce that SpaceBoy has been Greenlit on Steam! And it's all thanks to YOU!

We are really overwhelmed by the amount of support and amazing comments from the Gaming community that we have received, and we would like to take this chance to thank you all. 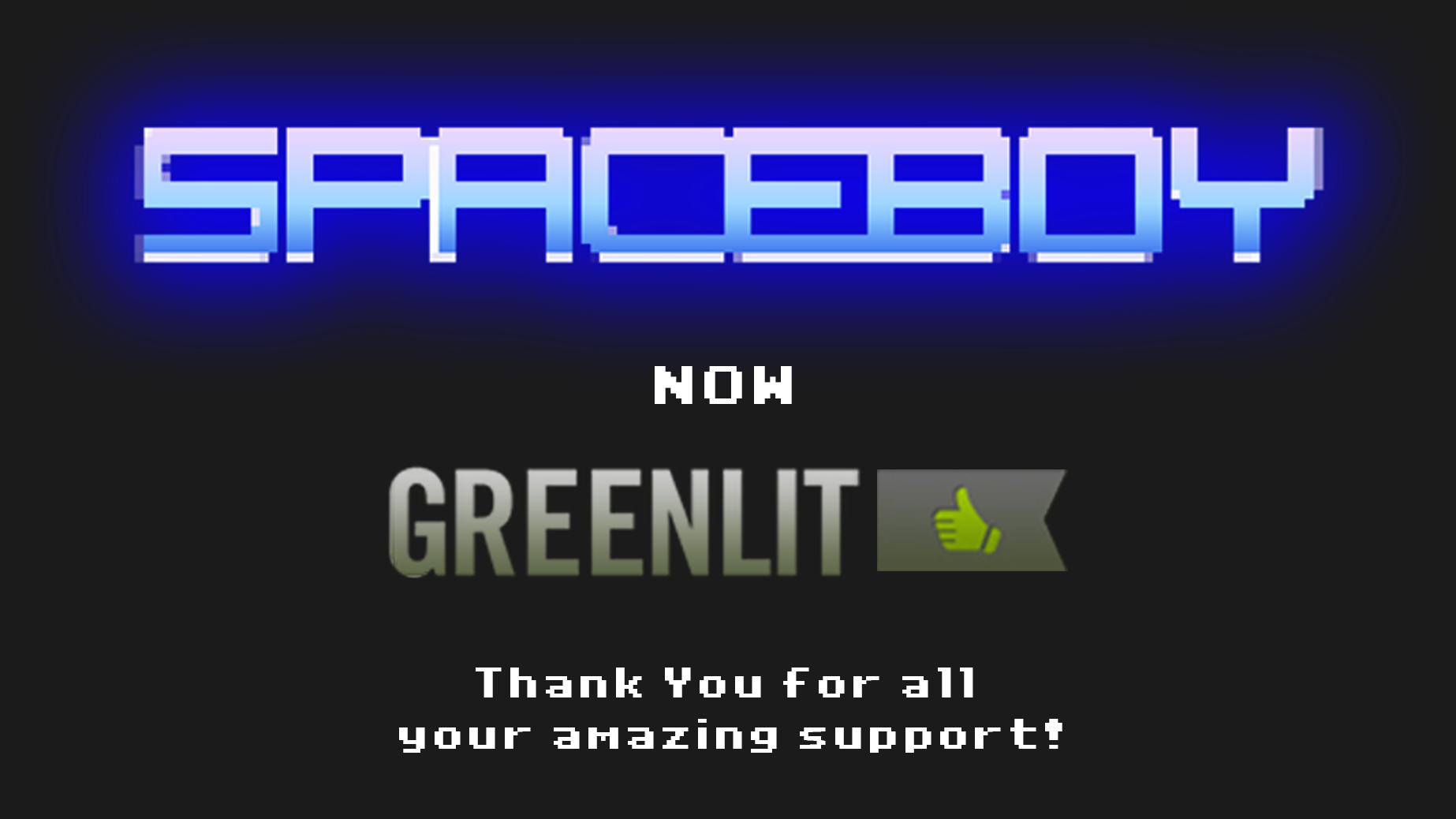 From all the Team at This Guy Games,

SpaceBoy 1080x1920 Wallpaper, for a little bit of space goodness on your PC.

Thank you very much Cliff. Looks like the gamers of Steam think so as well.

Proud to help such a good game get greenlit!