We just released a major update of Space Ranger ASK for the Windows 8 platform. We originally released v1.0.11 back in July, and since then we've been working hard to improve the game and get it ready for the regular Windows release, which finally happened back in December!

Now we've finally eliminated the bugs that existed on Windows 8 (we hope :D) and released v2.0.9, both the Free and the Full version.

Since v1.0.11, we made lot's and lot's of changes. We gave the Mission Editor a huge makeover, making it more user-friendly, and added tons of features and new objects! And of course we refurbished the existing levels with all the new bells and whistles, and added more Missions to show off the new features! There's more music, more enemies, more pickups, more of everything, which means more fun! 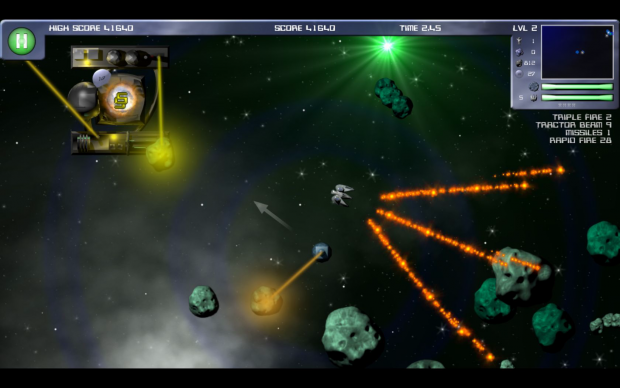 So if you're on Windows 8 or 8.1, grab the updated version from Windows Store right here:

SPACE RANGER ASK IN A BUNDLE

Get the FULL version & 7 other cool games for only $2!

The Bundle is here for a limited time only, so grab it while you can!