Sector Space the MMO Space Game Developed by The Titan Mod team. Inspired by DarkOrbit and Spore, the game features planets that can be colonized by players and NPC's. NPC Empires will attack, trade and even conquer planets just as a player would. 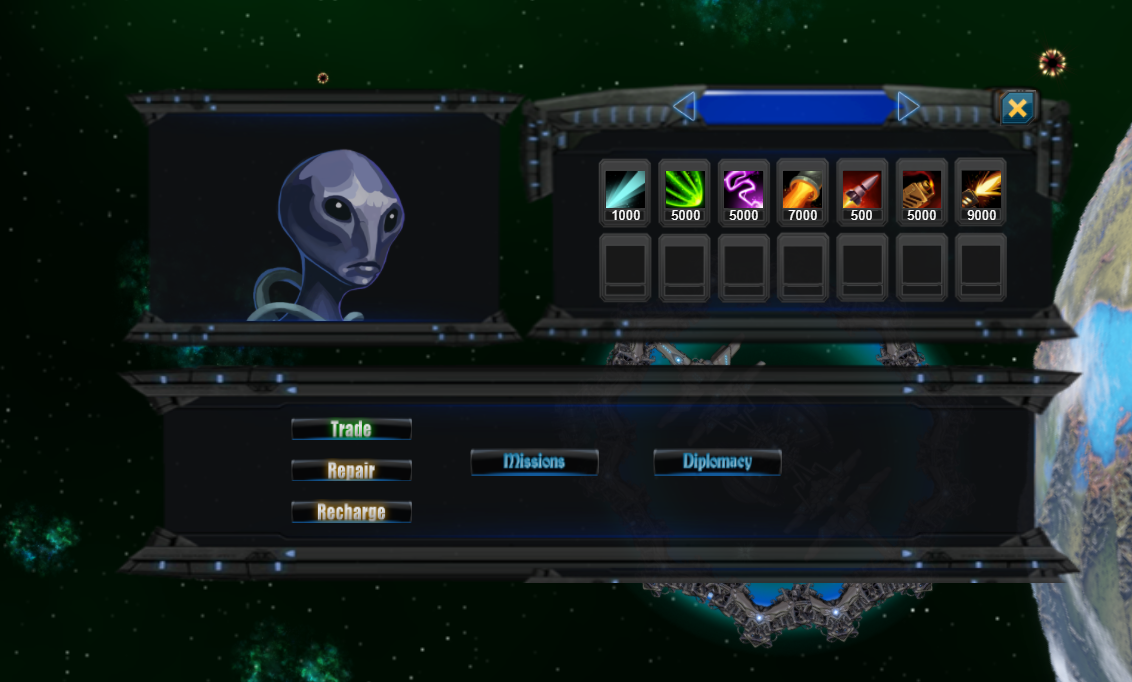 Start off with a small 2 person space pod and jump right into the action. Gather resources and sell them to Allied NPC or Player Empires. All Empires have their own technology and Space vessels they can sell to you depending on your reputation with them. Choices matter, NPC and Player Empires can destroy most Empires in the Galaxy and have great consequences good or bad. Technology will play a major role in exploration. Locked areas may require a certain technology in order to access. The Alpha will start off with 5 unique Sectors controlled by different Empires.

The Game-play controls are similar to a game known as Asteroids with a few tweaks, very smooth flowing ships that can jump into hyper-drive at a click of a button, each Space Ship comes with a set amount of turrets that follow the player's mouse or the "Clicked on Target". 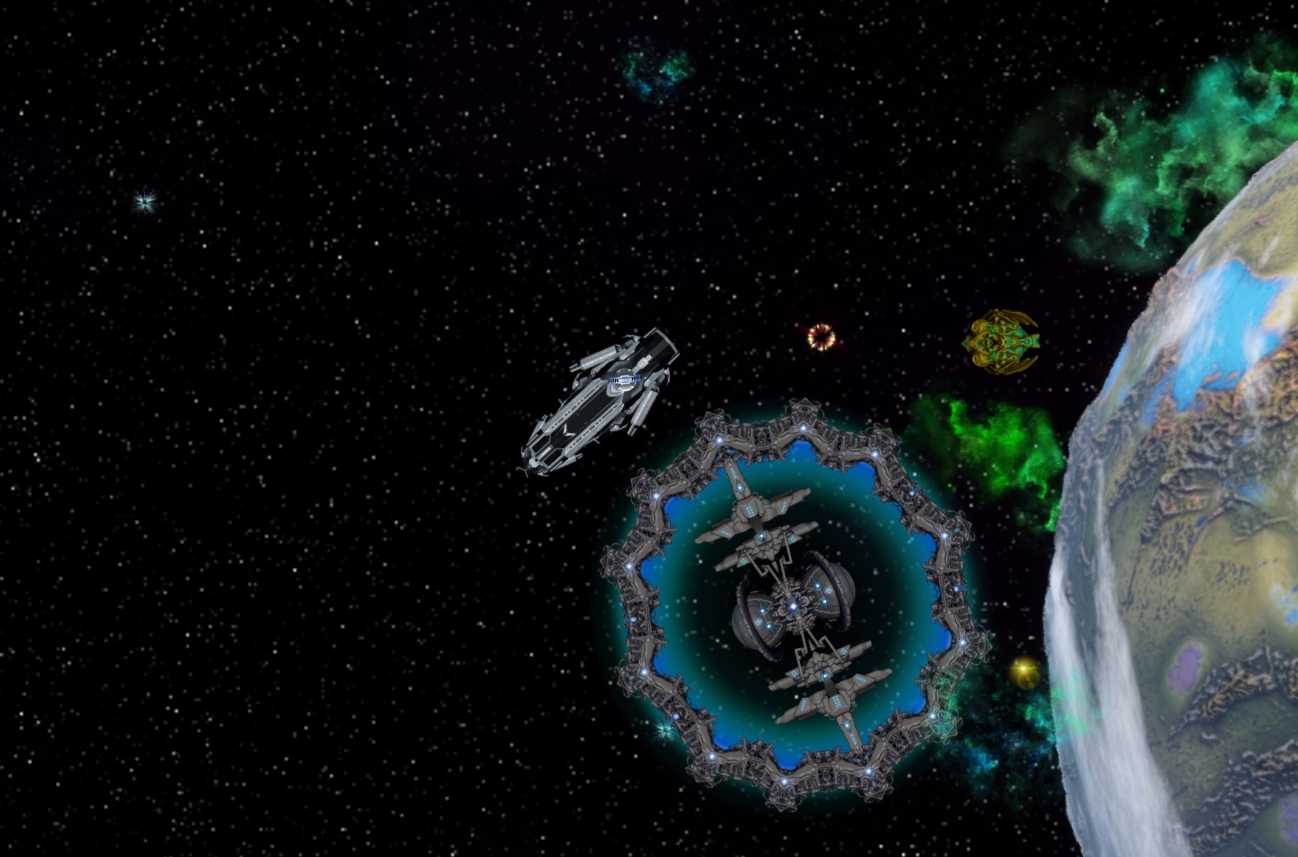 All Ships can be customized with Better Engines, Weapons and extra Defense. So far, there are 40 Different Ships and 20 different types of Tech you can discover.

There are 4 types of minerals you can gather and sell for Credits, each mineral sells for a different price depending on the Empire. Alien lifeforms, Ships, and Asteroids throughout the Galaxy contain nice amounts of minerals and credits.

Planets can be colonized by NPC or Players, each planet will be procedurally generated and can be destroyed with an Extremely Expensive Planet Buster. Planet Colonies and Colony Space Stations Generate Credits for you at a slow pace while you take care of your business in the Galaxy.