You are a scientist. While doing some... risky experimentation, you have found yourself in an unknown place, leaving you stranded in the middle (or edge, you don't know) of space. However, being a scientist, you take it upon yourself to learn as much as you can about your surroundings, and place all else second to that goal, including your own survival. Unfortunately, the natives of this area of space don't take kindly to you, and you must fend them off with your mining laser. But with the help of a device you discovered on one of the enemies, hopefully you can survive, thrive, and most of all, discover. You start with absolutely no knowledge of anything, and take note of everything you learn in a journal, from where the aliens came from and how they're getting here, to the strange energy manipulation of the device and how to use it all to your advantage.

Jan 23 2014 News
Groupees Community Bundle
One of their current bundles, which will run for 2 weeks, features Space Game Beta! You can go to Groupees.com.
You can pay what you want ($1 minimum) for the entire bundle of 5 games, 6+ albums, 2 soundtracks, an ebook and more! 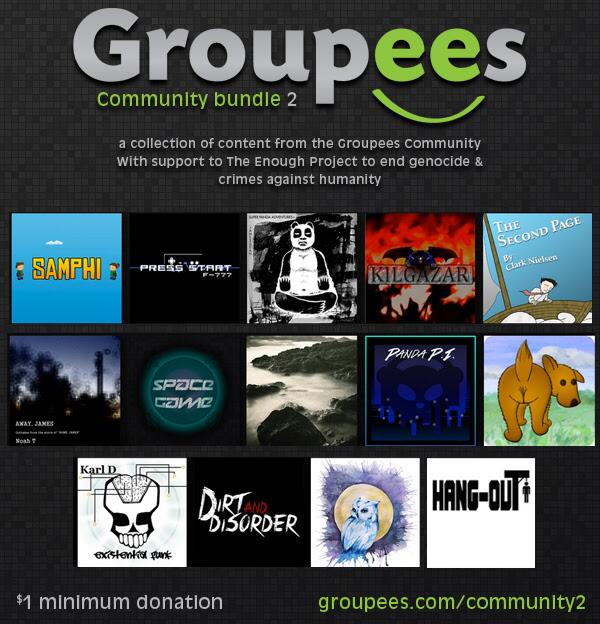 You can choose for a portion of their contribution to be donated to The Enough Project, which is a charity working to end genocide and crimes against humanity worldwide.

Space Game 1.2
Alright, so for the few of you who saw Space Game Beta 1.1, or even Space Game Alpha, you realize how much of an enormous change this update has been. For those who haven't, here's a somewhat brief overview of the new changes. First, lets look at the game's background. Before, it was 1280x1024, as that was the size of my screen back then, and the player saw it from an eagle eye perspective. Here's a screenshot of its atrocity, along with some screenshots of the world post-update: 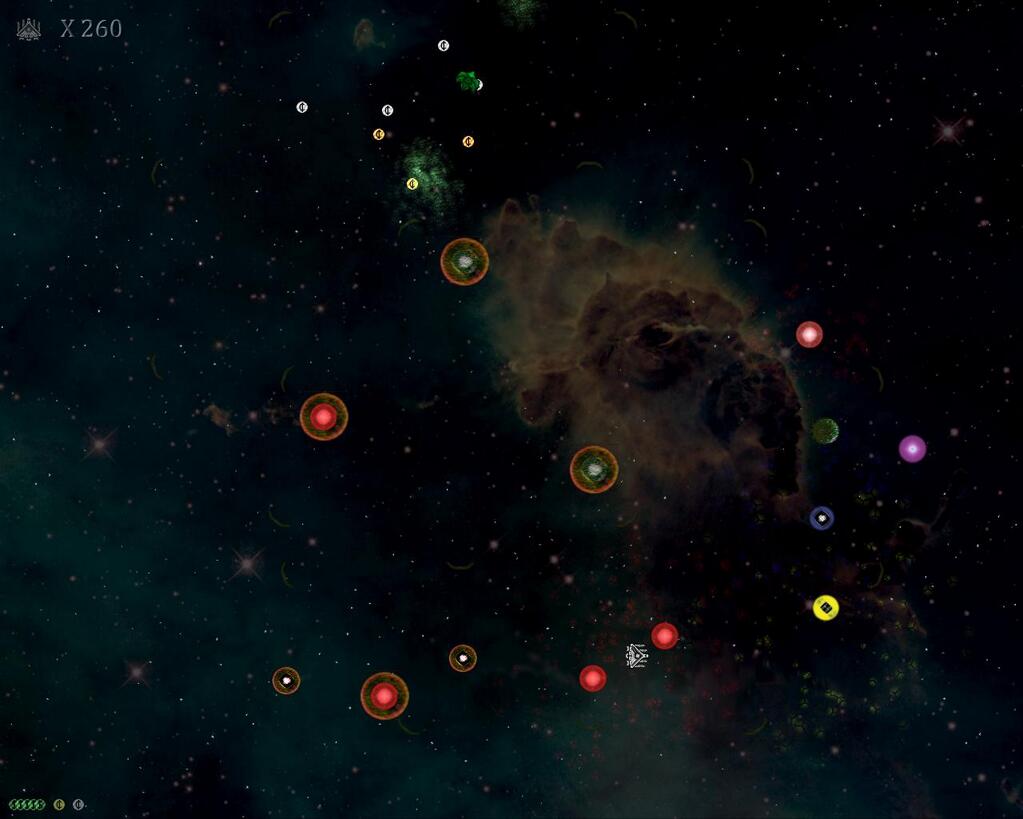 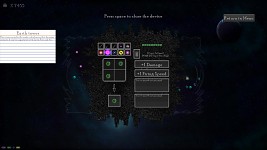 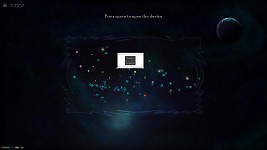 And as you can see in the image gallery now, its gotten a lot better. So, that original image was actually a CC0 placeholder image, and the new one I made from scratch in Photoshop. Its Ultra HD (3840 by 2160), allowing an HD monitor to be able to see a quarter of the map at any time, and the camera actually centers on the player. The playable area is 1920 by 1080, and the player teleports to the other side if they go too far- and enemies do this as well. This change allowed me to make Space Game more resolution independent, now allowing any resolution or aspect ratio (although, the title screen and journal look stretched in certain aspect ratios at the time of this writing). I also ditched the rotating stars, as they were too difficult to make work on any size screen. In the future I hope to find a different way of making the background dynamic.

So, we added this giant new image, and the game size is actually smaller. This was done by using the scene2d feature of LibGDX. (it also made it easier to become resolution independence) What scene2D did is allowed me to make a skin for the UI- and it makes the UI much more consistent. It is very customizable, as well, using a .json file to make a diverse set of UI buttons and windows with a very small actual file size. Unfortunately I don't have any more pictures of Space Game alpha, but I assure you it was really bad. (so bad I kinda purged all the media I could- alas, that's the drawback to early access) A lot of the other graphics were updated as well, as well as the music. (I'm still not very happy with what it currently is, but I can't make my own music and haven't made enough money off Space Game to hire a producer yet) 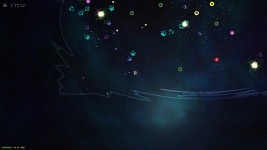 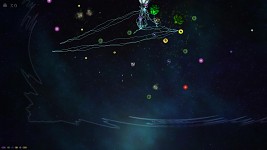 Another key point was the balancing. Since the game is about discovery I feel alright with having some things purposefully unbalanced so the player can figure out which things work better than others. But, I did change some things, like adding a few more introductory waves. Before, the first wave had 100 level 1s, and now you have 10 level 1s, plus a few other levels that build you up to 100. If people seem interested I can go over the level generation in another article, as I've only hand coded about 15-20 waves. (which, to be fair, is very difficult to complete)

There were a lot of other changes as well, especially with compatibility and performance. Indeed, Space Game Alpha (just 2 versions ago!) was written without a game library! (using libGDX is what pushed it into beta, and in the 1.2 release I actually rewrote a lot of code a third time to use scene2d)

Anyways, that's all behind us, the game looks a lot more polished. Now lets talk about the future. These are the small things that will be pushed in a minor update along with any bug fixes I find that need to be urgently patched:

These are the things I plan to have in the next major version (1.3):
Every 10 notes, add a new game mechanic (smarter enemy AI, asteroids, more enemy types, etc)
Improve homing laser AI
Make the lightning tower's lightning strikes branch off (visually)
Add a visual effect when an enemy hits you (besides the rumble effect)
Make it clear you died when you die (as in graphically, not just zooming out and showing a restart button)
Add the last 4 guns
Add a bomb tower
Add a tech tower (basically a store that persists through playthroughs)

And eventually, I'll try and get better music, replacement player/enemy sprites (currently using CC0 images), and make a better story through the notes.

Thanks for reading all of this, I leave you with the trailer I made after releasing Beta 1.2:

Every time I try to launch the game, I get the error "This application was configured to use a bundled Java Runtime Environment but the runtime is missing or corrupted". Any ideas?

If you are launching it from Desura, that's because the patch I sent out fixing that error hasn't been distributed to clients yet. If you download the standalone version, however, it will work. Make sure its v1.2.1

Thanks, downloaded the standalone and got it running!

Is this going to be in Steam? greenlight?

During the Steam Dev Days, Valve announced that Greenlight is going to be retired soon, and replaced with something better. I'm going to wait and see what the replacement is, but I do have plans on publishing to Steam.

Just got your game in the new Groupees bundle. Thank you so much for the chance to try out your game that way. I will play Space Game this week and get you a nice review on this Desura page for you.