Soulash is a fantasy roguelike where you play a forgotten god set on destroying the world. Free demo is available!

Soulash is coming to Kickstarter soon, support the game, and request new content before the 1.0 release scheduled for 2022! Kickstarter.com

You were once the god-king of the Dreamworld, but a new pantheon of gods dethroned you. Mortals have forgotten about you. The divines drained your soul of its incredible power. As you diminished, your chains were no longer able to hold you. You escaped into the mortal realm seeking revenge and destruction. No deity has set foot here for eons, but you changed everything. Soon new gods will come for you, and the world will burn.

The time of reckoning is upon us! The long-awaited Soulash v1.0 will be released on Itch and Steam on the 4th of March 2022, including the graphics update, Steam Workshop integration, Leaderboards, and Achievements.

Getting ready for the release, we've prepared a new trailer that should get straight to the point of the game.

Ah, the smell of blood in the morning.

As for the extra Steam features - the upcoming Steam Workshop integration will allow us to share our mods quickly, by publishing, and updating them from within the game. We hope this will give you, our community, additional opportunities to expand the world of Soulash, to create custom worlds or game modes, or easily disable supplementary mechanics that you don't enjoy, be it durability or hunger. 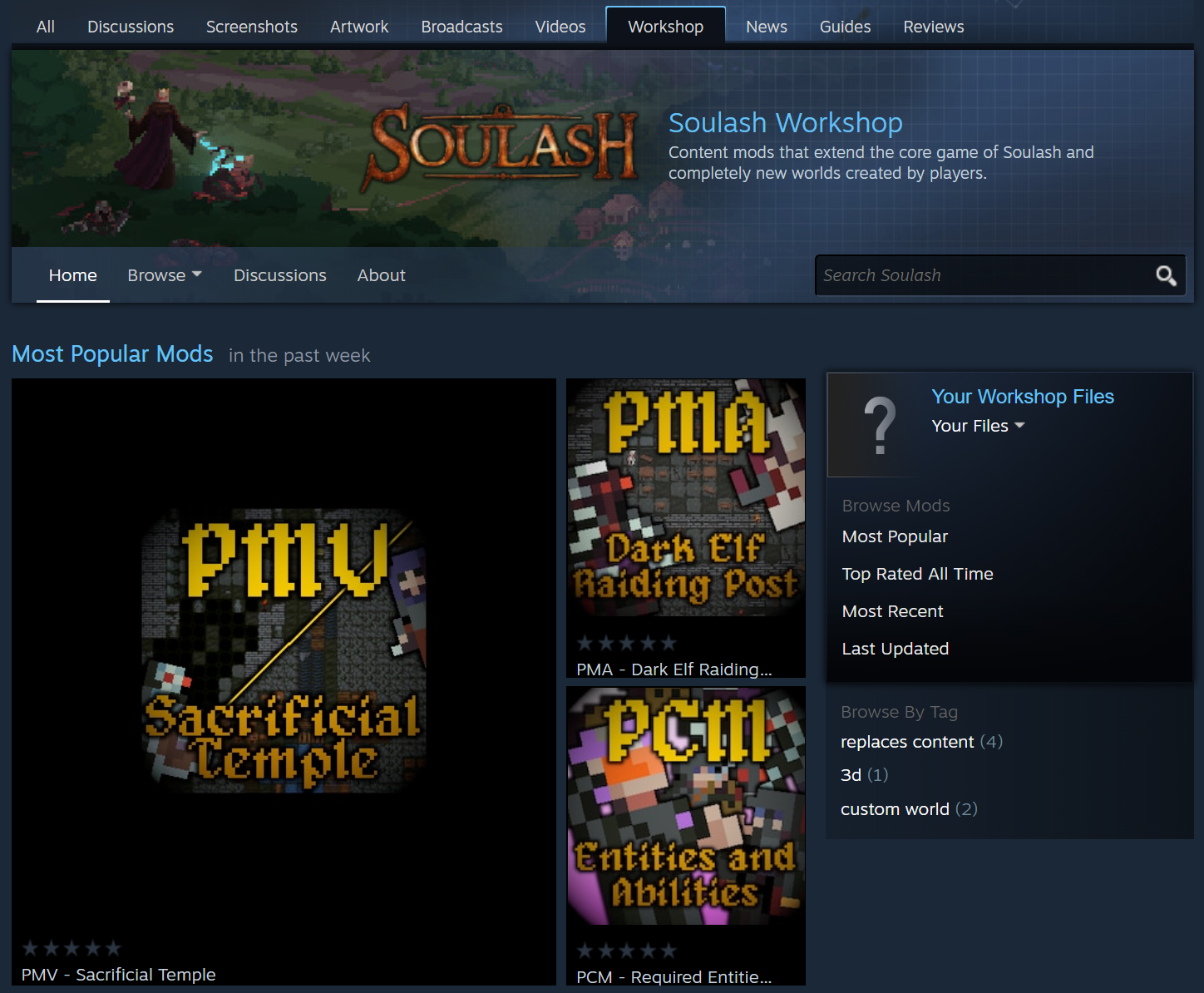 The Steam Leaderboards will allow us to have a little competitive fun. Leaderboards are set up to rank our runs by in-game scores, separate per profession, number of turns for a speedrunning competition, total items crafted, and souls consumed. If it's better than our previous attempt, the game will show our position at the end of the run (death or victory).

And finally, the Achievements will allow us to try something new and strive for different goals during a playthrough, maybe explore some less obvious places, hunt down specific gods, or look for hidden secrets. 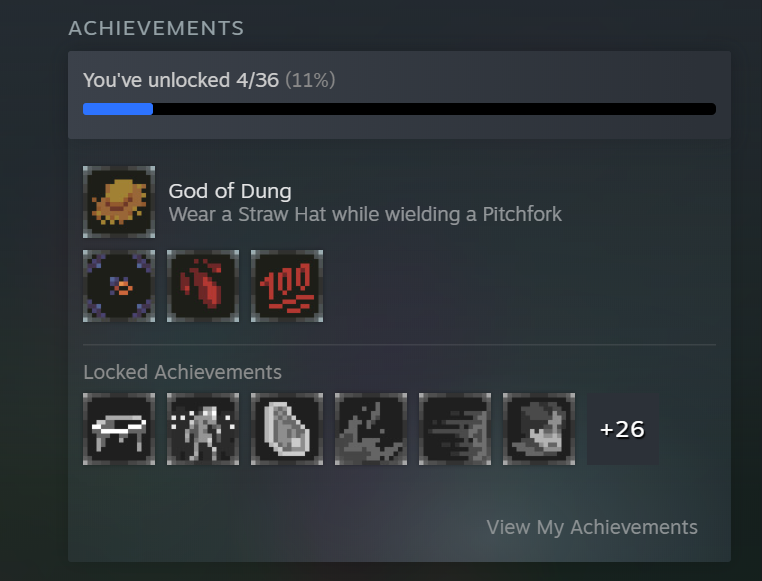 Free demo is already available on Steam, so check it out and wishlist the game if you think it may be for you!

Soulash v1.0 released on Steam and Itch with 10% launch discount!

Soulash is a traditional turn-based roguelike where you take the role of a forgotten god set on destroying the world. It features a big open world that...

As you might have heard, we're planning to start a Soulash Closed Beta on Steam in January, where we will test the core graphics mod, Steam Workshop integration...

The final major update of 2021 for Soulash is now available on Itch, it introduces two victory scenarios - for the first time in the existence of the...

LambdaRogue: The Book of Stars Roguelike