SOLOMON SNOW IS GOING TO SAVE THE WORLD

Solomon Snow is so hardcore that we've decided to send many more troops to the Solar System - Glakmirk battle cruiser general.

Sometimes when you come to work the Solar System is under attack. Glakmirk battle cruiser has just landed on Neptune and portals to the other planets are open. An alien army is coming out of the gateway in the PharmaX basement.

That is what you – as Solomon Snow - an ordinary security worker, have on today to-dos list:
- defeat aliens
- combine your team
- explore the world to solve puzzles
- improve your skills
- defeat bosses
- close the portal in the final battle 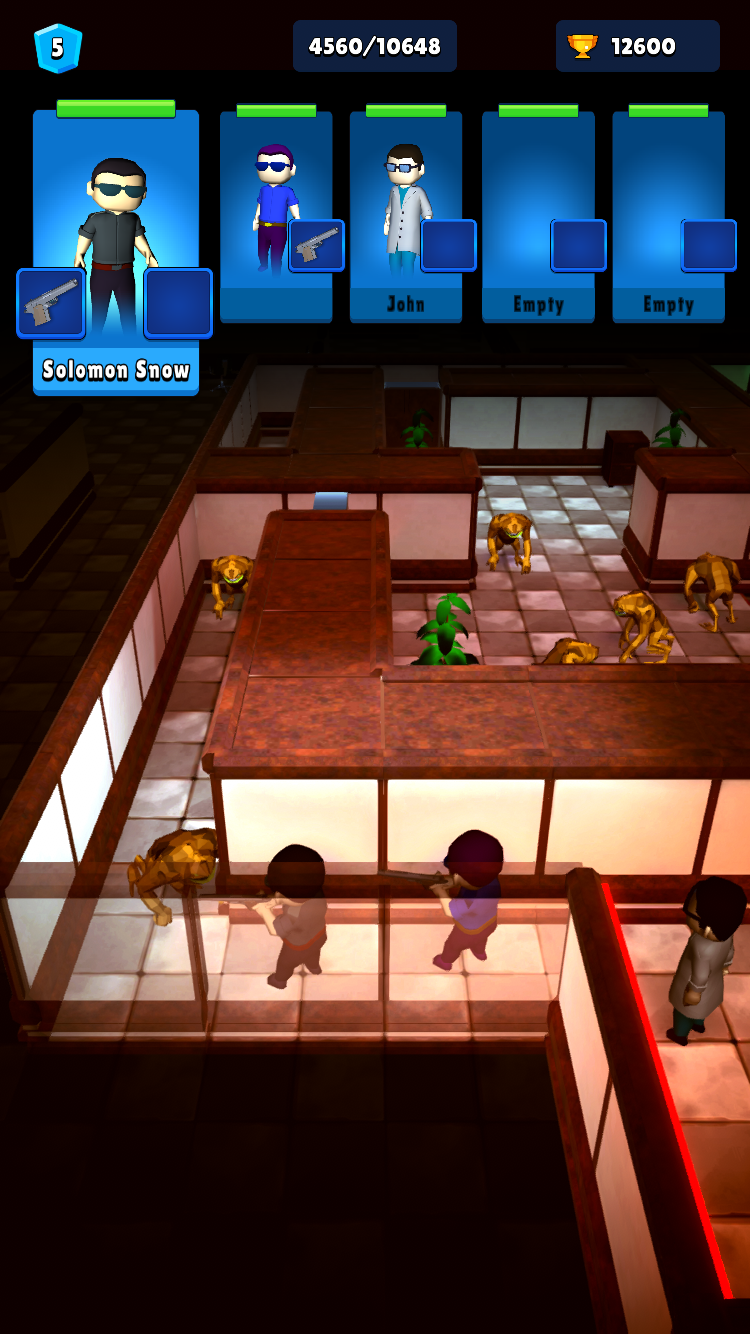 How do you think you're doing?

Solomon Snow's story gets you right into the PharmaX building and from the very beginning you have to do whatever you can to protect your co-workers. This won't be a simple shooting operation, you'll have to get better at solving riddles.

Shoot around, look around

PharmaX co-workers have some unique properties, such as default items that can be used by the player during gameplay, like door keys, shovel, fire extinguisher, pistol or even a hammer to crash the walls. Collect the items, distribute them inside your team and fight the evil together. 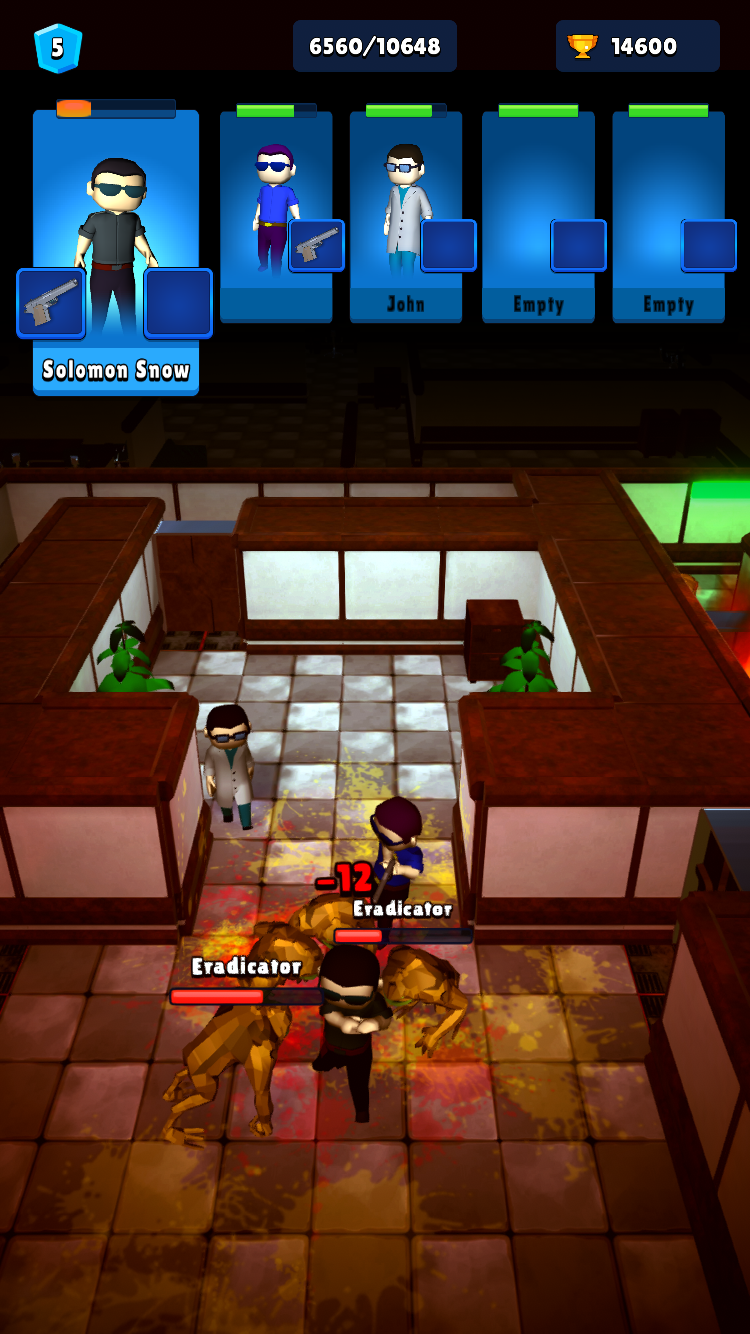 During the game the player can grow characters special skills, as well as acquire or purchase items that facilitate the game, such as a backpack in which you can store more collectibles or even allay aliens.

Every janitor get bored by just killing the same kind of aliens, so in Solomon Snow there are bosses everywhere that make the game much more demanding.

Single player 3D top down action, shooter casual game with soft puzzles inspired by classics such as Alien Breed 2D, Duke Nukem or even John McClane. The “First Contact” is the premiere part of Solomon’s adventure. It's a game set in the Low Poly aesthetics and is designed to run smoothly on any older hardware, no matter if it's a smartphone, PC, iiRcade, and console. The rules are simple. You have to save the World. Among that, you need to finish every level, protect your co-workers, defeat aliens, bosses, growth your skills, and close the Aliens’ portal. 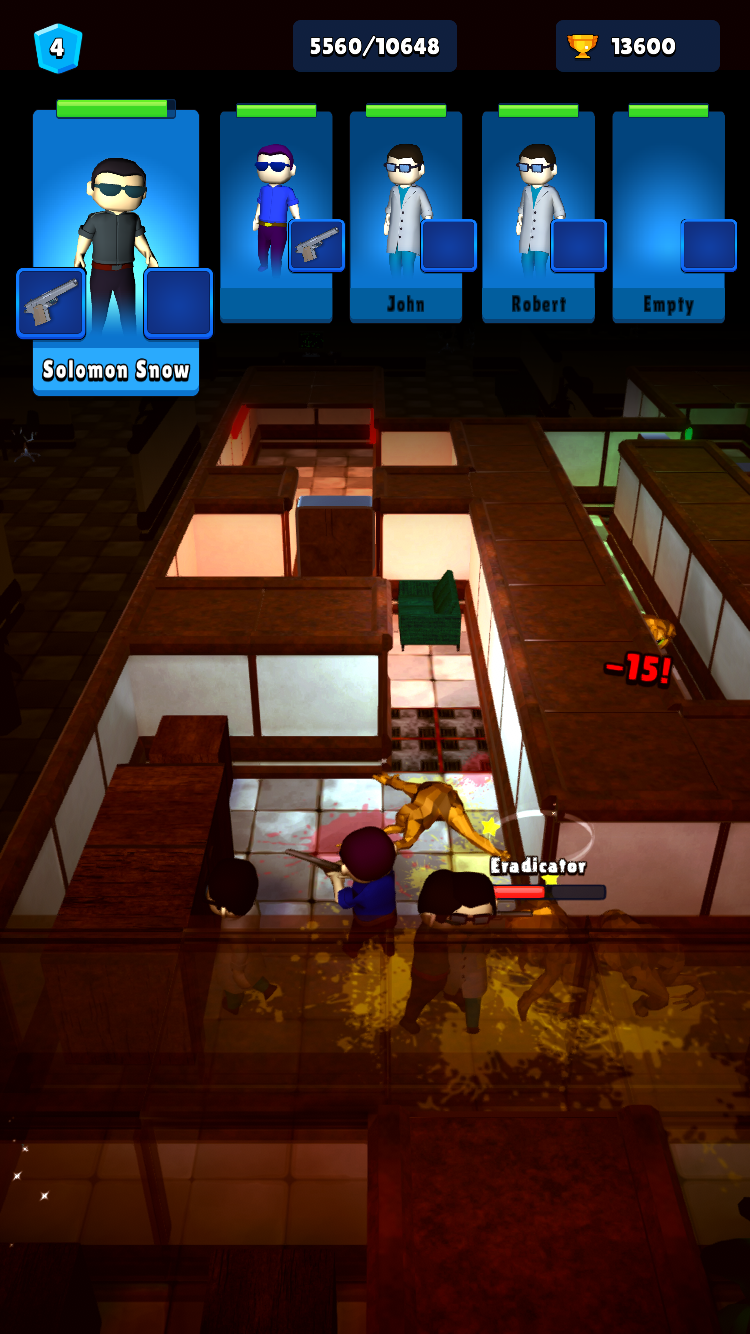 To promote Solomon Snow - First Contact and grow its popularity (top games), use the embed code provided on your homepage, blog, forums and elsewhere you desire. Or try our widget.

TERRA MELIOR is a sci fi RPG shooter with challenging gameplay, an artistic style, and a chilling story. The adventure takes place on a harsh planet of...

When the Olympus Space Station is seized by a hostile force called Crusaders, it is up to a young and inexperienced UN Navy officer to stop them before...

As contract galactic Salvagers for SalvaCo, an intergalactic mining corporation, you must swiftly gather as many of the resources SalvaCo requests as...

An Original Video Animation, based on the Armored Core series, created in the Unreal Development Kit. The project has since moved to Unreal Engine 4.

Meteoer is a musical survival party Game. As a member of an ambitious space band you find yourself marooned on a far away planet. After collecting your...