Hordes of brainwashed right-wing extremists have become infected with the Trump Zombie Plague and threaten the free world with fake-news-propagating hate speech. But there is one force that can stop them – anti-fascism! Gamers, rise up and confront the infectious, indoctrinated mobs in Smash MAGA! 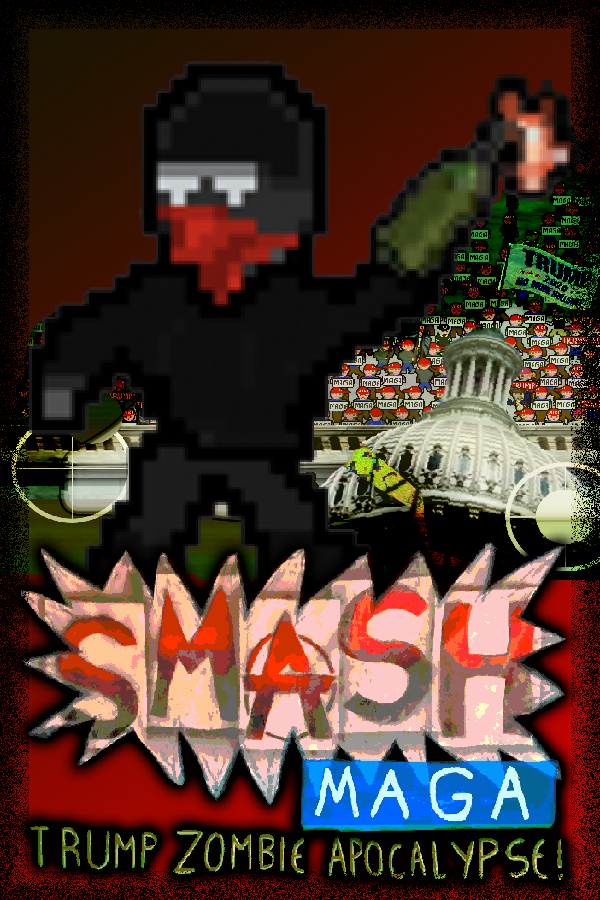 We are releasing version 1.1 of Smash MAGA! Trump Zombie Apocalypse on the anniversary of the capitol riots.

One year ago today, a horde of brainwashed MAGA insurrectionists attacked the capitol in an fascist attempt to seize the 2020 election for Donald Trump. They tried blaming it on Antifa, but it was actually the antifascists who had warned us of the dangers of rising white supremacist violence under the Trump regime that boiled over on that fateful day.

2020 saw a dark-age dystopia of doom and disease, ushered in by the spread of a zombie plague known as the Trump Virus. The indoctrinated mobs have feasted on fake-news and threaten the free world with their hate and decay. But one force has risen up that can stop them – ANTIFA! Gamers, Rise Up Against the Fascist Plague! 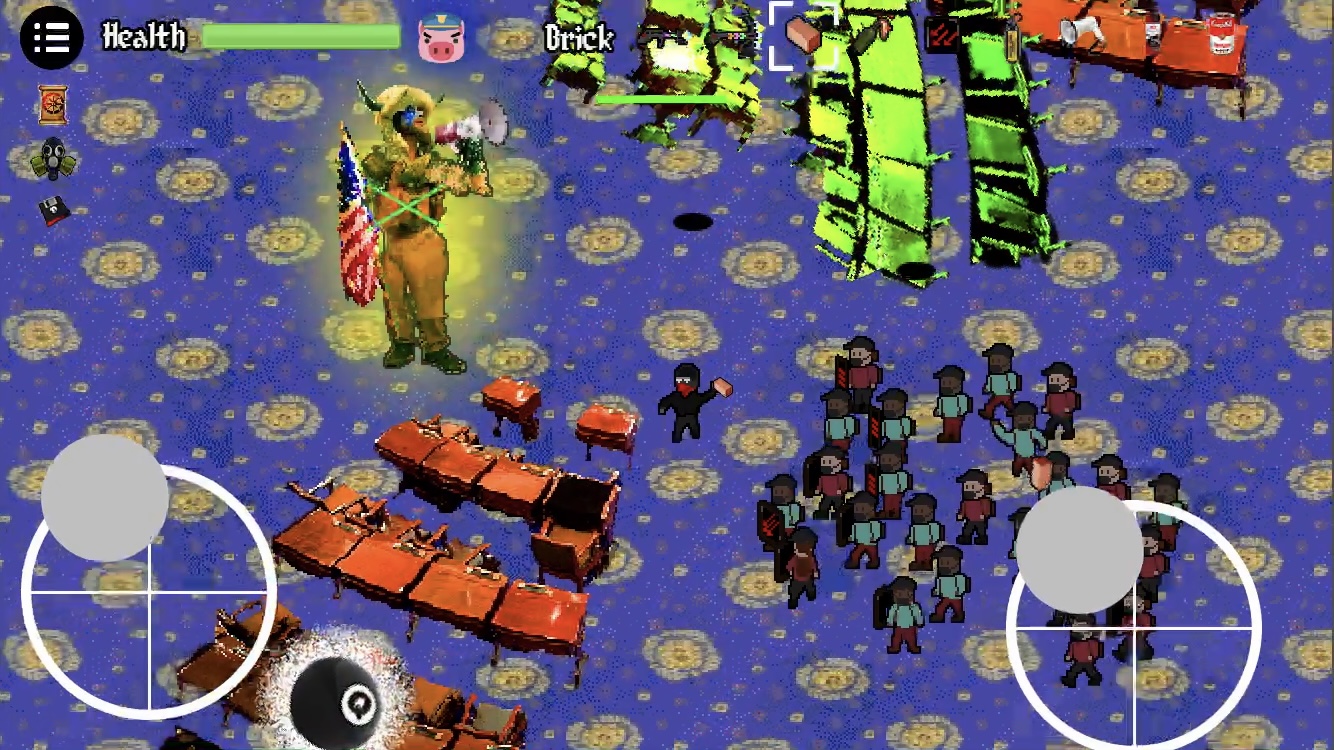 Grab your comrades and mask up, because it’s anarchy in the streets in this arcade-style smash-and-grab. Stock up on Mask Guns, Bricks, Molotovs, and Cans of Soup(for the family), and join a united front against the right-wing hordes as they descend upon vaccination sites and college campuses! Defend autonomous zones and burn police stations! Loot from corporations and redistribute hoarded wealth via mutual aid tables! Resist climate devastation accelerated by fossil fuels and greedy billionaires! Disrupt white supremacist gatherings and tear down statues and other symbols of colonialism!

New levels include a Capture The Flag Laser Tag and MarS-A-Lago, where the Trump loyalists have made their last stand, having teamed up with Elon Musk for a sinister plot to spread MAGA to the galaxy… And with new internet multiplayer and two-player couch co-op features, you can fight fascists with your friends!