Slay the Beast is a multiplayer fighting game where players take turns controlling a powerful boss-level creature and the heroic humans who must defeat said creature. This is an early PRE-ALPHA version of the game. This means that it is very far from feature complete. It is not representative of the final product. As development continues, this game will continue to be updated and have new features added regularly. This version of Slay the Beast is for 2 players to compete in a 2-round match between a heroic Knight and a powerful Archdemon. To play, just extract the zip file then run Beast.exe. See README.txt for controls and other information. 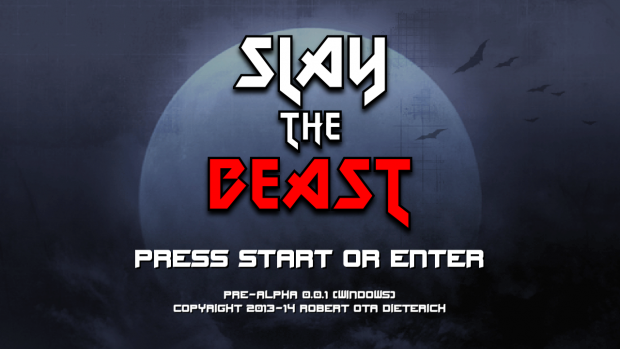