Skyway features 3D third person controls. You're able to climb, jump, and use a unique dash ability to dodge missiles, take down enemies, and scale walls! The game tracks your movement and time, allowing to compete for death-less runs, fastest runs, and more! Skyway will include support for the Xbox One and PlayStation 4 controllers!

You find yourself thrown into a strange world, where your only friend is a robotic companion who's quickly running out of battery. You must find a new power source to keep your drone, and your sanity, alive. Things go downhill when you start experiencing visions of a calmer time. Solve the mystery so you can figure out who really are, and where you came from!

I'm currently working on this title by myself. It's about 70% complete, though I'd really like to have enough time to polish up everything. I'm aiming for a release before 2017, but I may want to take more time to add more content. This game is being developed in the Unity Engine. I am doing all the art, programming, and music. Most of the game is written in Javascript.

Skyway will release on Windows, Mac, and Linux. Please follow me on Twitter for regular updates on development! :)

A Year Late, But Skyway is on Steam

I've forgotten to update this page, and I'm over a year late on this news but... Skyway was released on Steam on December 2nd, 2016. The game had come a long way through about an 8 month development cycle, but it was able to pass the old Steam Greenlight system and earn a couple fans. 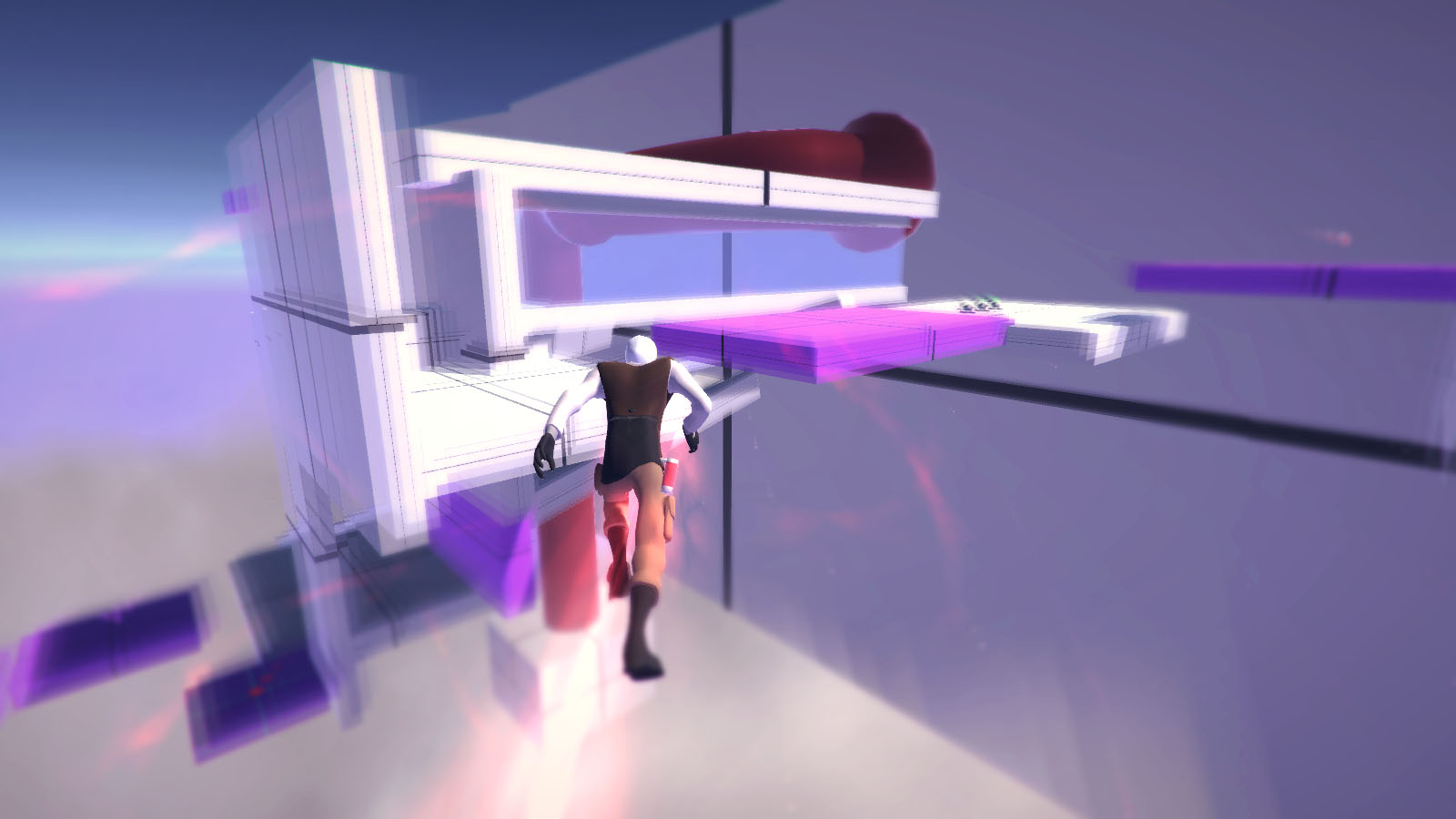 Immediately upon release I ran into a few issues, including a major bug that prevented the game from running at extreme framerates (200+). It took a week or so to track down the issue, but I was able to include a patch that mitigated the problem. In short, I simply restricted the framerate so it would only run at 120FPS max.

I've since figured out that the issue was related to a setting in the CharacterController Component that I use provided by Unity. There was a minimum move distance, and on high framerates the value to move the character was too small. My new solution would be to remove the minimum distance completely, but the game seems fine as it is. There's not much reason for it to run over 120FPS for now, and I don't want to tamper with the project much more. Maybe some day I'll go back and add in a few more visual effects along with that fix, but I've got bigger things to worry about.

My next game will be releasing within a month. It's called Burden of Proof, and it's a visual novel that combines elements of 3D exploration with evidence-based puzzle solving. It's a HUGE improvement over Skyway in my opinion, and is way more direct in terms of player goals. While Skyway was open and gave a lot of freedom to the player, I felt that that player had little motivation for continuing through the game. Burden of Proof is a direct answer to that issue; I've created a story which is clear to follow, and all you need to do to progress is to just hit the spacebar (Aside from solving puzzles and exploring crime scenes).

If you're interested at all in this new game, there should be an IndieDB page up soon at THIS URL. I plan on writing a little bit more about my development practices on this new title and how I've tried to improve from Skyway. There probably won't be much more Skyway-related news here, so be sure to check back on my new projects as they develop! Thanks for playing!

Skyway is now on Steam Greenlight! I've developed this game by myself for the past several months, and I'm proud to announce the result of my work.

Marble It Up! Platformer