Near the end of World War 2, high above the Pacific Ocean and invisible to the world below, America and Japan were waging an all new kind of war. As the conflict between the two superpowers lingered on and the casualties kept piling up, both sides became desperate for a decisive victory. As a result, scientists from both nations started experimenting with increasingly radical weaponry. As a “coincidence” (or the result of a resourceful spy) both nations successfully developed a jetpack prototype at around the same time.

The main drawback of these early jetpack prototypes was their limited flight range. They consumed fuel at a very fast rate and thus could only stay in the air for a short amount of time. Due to these restrictions, scientists designed and developed support airships, which could transport and launch Sky Soldiers while remaining airborne. These airships were big and slow, making them easy targets for enemy aircraft and anti-aircraft artillery. Airship captains were trained to fly in or between clouds, as to remain hidden from enemy forces.

Japan ordered its first regiment of sky soldiers to attack the American mainland. They planned a series of surprise attacks on small, unarmed towns and villages well behind the American coastal defenses. They hoped that these attacks on the home front would force some of the American forces to return to America and thus ease the attack on the Japanese positions in the Pacific.

Luckily an American reconnaissance plane spotted one of the Japanese airships en route to America right before it disappeared into the clouds. An American regiment of Sky Soldiers was deployed from Pearl Harbor to intercept and attack the Japanese airship. For the the first time in history Sky Soldiers from both nations would be pitted against each other high above solid ground.

As a player you can join one of the two nations and help them achieve victory and turn the tide of the war.

After deciding to reboot this project, the first thing we did was sit down together with the team and review the previous prototypes of our game. Eventually we decided to restart the entire project from scratch, while incorporating the ideas and elements we liked from the previous versions and discarding the ones we didn't. We also designed a couple of new game modes, which better suit the games core gameplay mechanics.

So for the past couple of months we've been programming with a team of 2, rewriting all of the code. We playtest our game on a regular basis to check if our new prototype works, and most importantly, is fun to play. At the moment we have a working prototype which is amazingly fun and addictive to play, even with a small amount of people. Our next step is to test our prototype with more players from outside of our team, to see if they like it, and hopefully get some feedback on how to further improve our game.

As we've been concentrating on coding mostly, we don't have a lot of new artwork to show you yet. This also explains the lack of updates to this page, as screenshots of endless lines of code don't make for very interesting content. As a reward for your patience we do have two in-game screenshots of our new Japanese sky soldier model, created by our character artist Leslie. 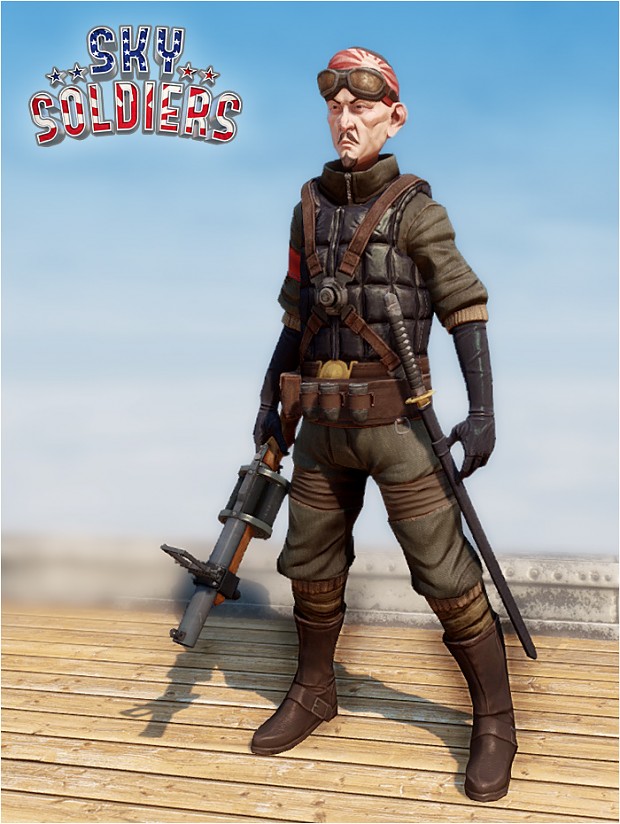 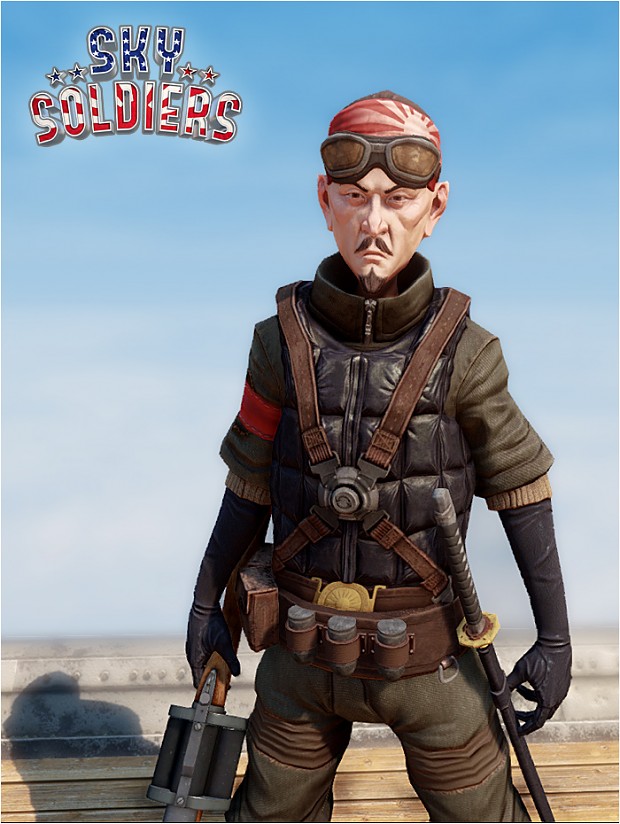 As we'll be shifting our focus from programming to artwork, we hope to have some new updates, screenshots and videos for you soon.

We want to give all of you a heads up on what's been going on and what we have in store for you in the coming weeks.

As the first alpha release of sky soldiers to the public is only 2 months away, it seems appropriate to give you guys a little update on what to expect...

And about 9 months later, I retract my previous comment - it's not dead! :D

It's a shame this appears to be dead - looks promising!

it ain't over until the fat lady sings

You know, considering how good this looks, you could probably do a small Kickstarter for this, provided you plan to complete it.

But the player faces look kind of monkeyish

I was just wondering if you'll continue working on this game after you submit it for you school.

It looks cool, but a little rough around the edges and I've seen a lot of promising student projects make one release before disappearing forever. Especially in the HL2 modding scene.

We are continuing already, the school deadline was last week, yet we have already set a new deadline for a working build. This project is something too good to be just abandoned.

We're redoing the things that were hastily put together due to deadlines and adding new features as well.