"Welcome aboard cadet, prepare to begin exploration mission." Fly a spaceship around an abandoned futuristic city and look for clues in order to figure out what happened to it's citizens. Sky City VR was developed by a team of Side Effects Software game tech interns to showcase how Houdini can be used to procedurally build content for VR experiences. The game was developed over the course of seven months using Houdini, Houdini Engine, Unreal Engine 4, and Oculus DK2.

This is a non-VR version of Sky City VR. It requires an Xbox game controller to play, but does not require any VR headset. 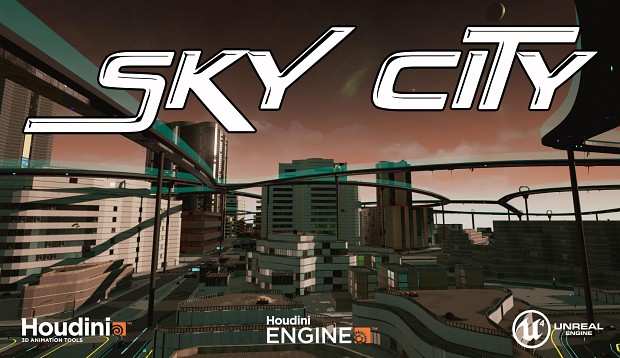