Hello and welcome to the latest patch for Siege of Turtle Enclave, the end is nearing rapidly, and quite a few of the remaining loose ends are being tied up.

Posted by TheConjurersTower on Jan 23rd, 2014


Let's start off with the new and revitalized Agricultural System, as many of you may know crops were a part of SoTE since the first Alpha, but it was a tedious and mostly unrewarding undertaking and since there were so many other elements demanding my attention Agriculture in general fell by the wayside. But no longer! The system was re-designed to be a lot less micro-managy and more powerful, to make it worth the player's while. Now crops are 'Cultivated' at the Alchemist's Lab and once this is done players can plant as many as they like, you no longer have to 'forage' or 'extract' seeds to plant one or two crops. Also, once a crop has matured it will either offer a passive benefit or require you to 'assign' it to one of your armies, and once it has been assigned it will confer it's benefits on the army until the army is destroyed or you re-assign the crop to another army, so you won't be stockpiling crops by growing and harvesting and re-planting etc... The crop will in essence be grown, harvested and carried to distant battle lines automatically. Also most of the benefits and or effects of the crops have been re-balanced to scale with the armies using them, for example; Tomatoes used to restore 10HP when used in Battle, when they were implemented Peasants had 20HP, so that was a lot, but know units can easily have over 100HP even in the Stoneborne Tier, to address this Tomatoes now restore 25% of a units Max HP, so they are just as useful for Grunts as they are for Battlemages. Similar adjustments have been made to all Stat-effecting crops as well. Two new crops; Shadeweed and Luna Blossoms, have also joined the assortment of crops the player can grow, each offering power advantages to your forces if you are lucky enough to discover and capture the hidden groves in which they grow. 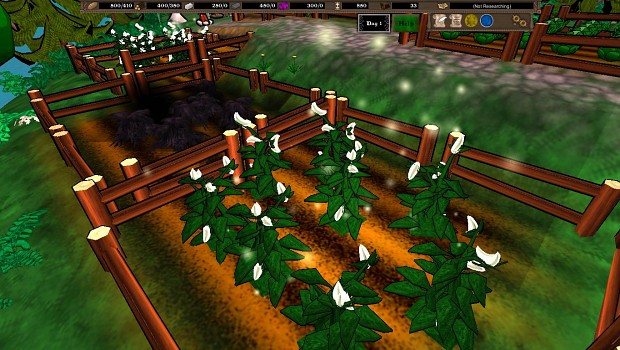 Ok! Now onto the new Magic System! Some of you may be familiar with the Grand Spells that you can research at the Library and cast with the Sorcerer's Tower on the world map to gain bonuses, protection, or to cause other effects beneficial to your cause, though it was a somewhat bland and uninteresting system that didn't have such a massive impact to the main game. It's gotten an upgrade. Previously, players would spend Crystal to cast a spell, but now players must generate Mana from Crystal and use that to cast spells instead, this can be done once a Sorcerer's Tower has been built. Depending on how much Crystal a player wants to refine into Mana will determine it's efficiency, with more Crystal reducing the rate, to increase efficiency players may add raw resources into the reaction to help stabilize it, each turn the resources and Crystal are deducted from stores and Mana is channeled into your reserves. The rates and resource amounts are still new, and need more testing to balance out but I like how the system feels so far. But the changes don't stop there, oh no, now to cast spells on the world map players must build Beacons, which the Sorcerer's Tower uses to channel spells across the map to the player's desired target. Beacons help expand a players 'Magic Influence', the Sorcerer's Tower will generate some influence surrounding the Enclave itself, but to cast a spell across the map you'll have to build Beacons to expand the influence over the tile you want to effect. Beacons also must be upgraded to channel more powerful spells within their radius, for example; a simple Timberhewn Beacon would be sufficient to cast Eye of Elements to reveal nearby tiles to the player, but you'd need a Ironwrought Beacon to cast, say, Hand of Winter to bring death to your enemies. I've also added 3 more spells, special spells that you must cast 'on a Beacon' and then the spell will effect all tiles within a 2 tiles from the Beacon, potent stuff. 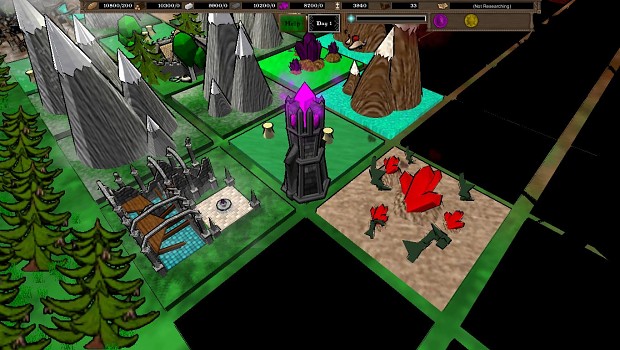 Lastly, but certainly not leastly, I've added an Auto-Resolve button to the engagement interface before entering battle, it's still warm from coming off the forge, and needs a good deal more polish and testing for it to be even close to an accurate faxcimily of manually fighting the battle, but it's there none the less. It's perfect for those times that 2 owls attack your Arcane Citadel and 12 Battlemages, or worse, a full stack of enemy elite engage your Enclave Peasents...meh...had way too many of those fights...But no more! I'm not really sure why it's taken me this long to add the Auto-Resolve, but it's finally here and here to stay. 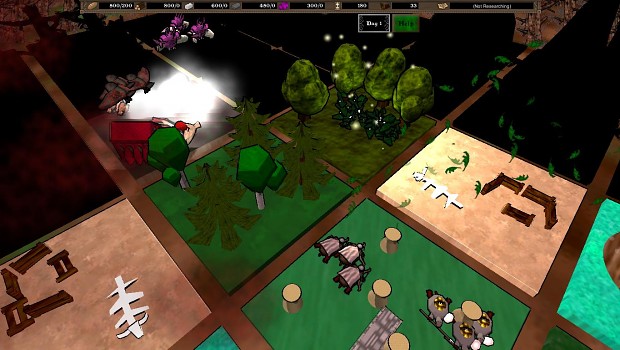 That sums up this patch fairly well, and I'll wind down now. Thanks so much for reading and for being a fan, it's so exciting being this close to the end, but it's a little sad too, Siege of Turtle Enclave has been such a major part of my life for nearly three years, I'm going to miss working on it when it's finished.

Thanks again and take care until next time!
~ Heftig.