SGC 3D Simulator is a simulation game in three dimensions allowing the player to embody Walter Harriman, many features are proposed as sending a MALP or a UAV on another planet, the possibility of sending Teams on another planet, and so on. Controlling the SGC, the control gate and stars all in 3D! Version 1.4.2 released in March 2006 ... There will be a new release, version 1.5, is expected to make its appearance for Christmas proposing any new graphics and new features.

This trailer shows the changes between the version 1.4.2 and version 1.5 of SGC 3D Simulator. 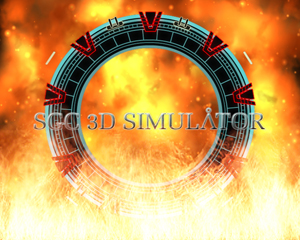