The year is 2025, and American President Jessica Lincolni is thicc as hell. You’ve got a major crush on her, and she’s just been dumped by your arch-rival (the King of France)— sounds like a perfect opportunity to swoop in and pick up the shattered pieces of her broken heart, right?

WRONG, she’s still in love with him, dummy! But when she decides to fake a relationship with you in order to make him jealous, you’ll be given the chance to turn her counterfeit love genuine and win her heart for real.

It’s a fine line between playacting and romance... a world of fantasy and adventure with Sexy President awaits! 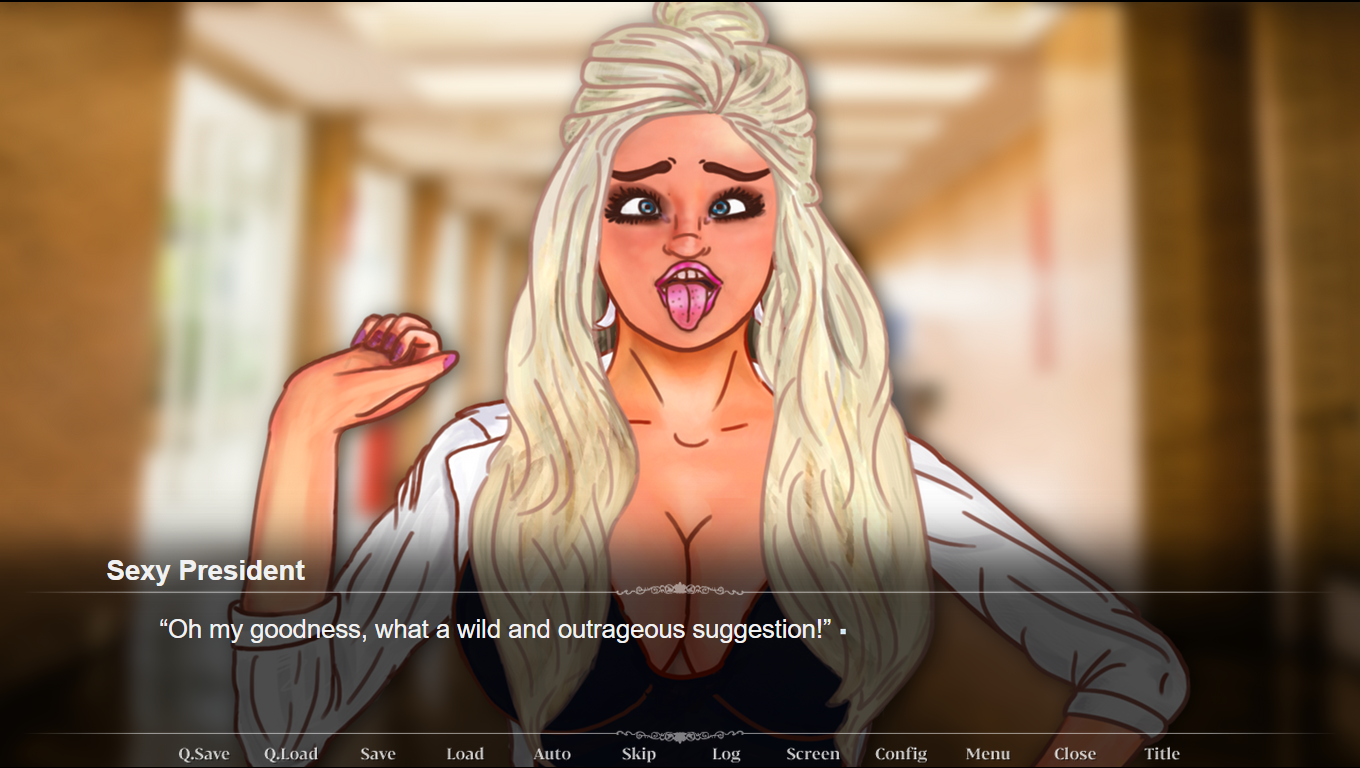 Publisher Great Idea Games announced today that their latest title, the comedic RPG/ dating-sim, Sexy President, will release on August 23rd for both PC & Mac. Set in a lavishly illustrated 2D world, the game challenges players to successfully romance the titular commander in chief or else face dire consequences. 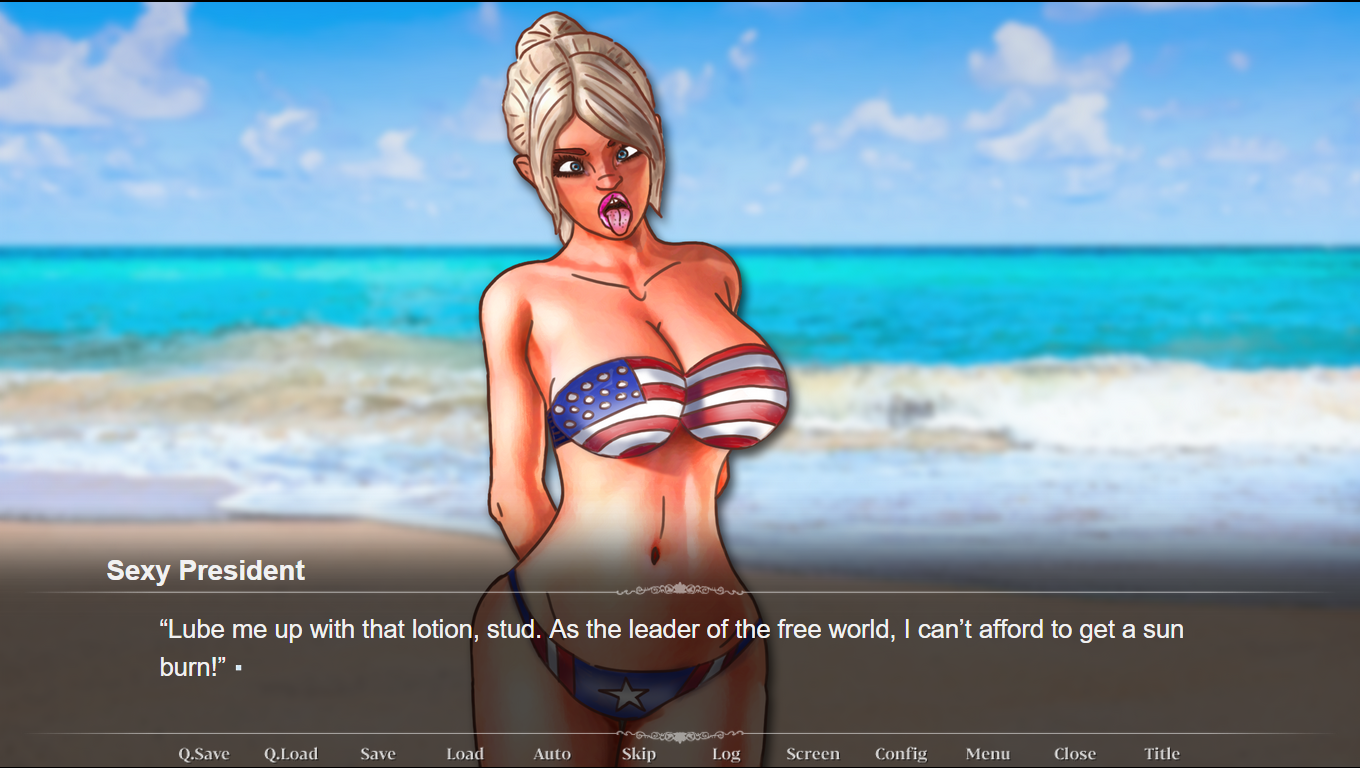 “It’s 2025, the economy is booming, and the leader of the free world is thicc as hell,” quipped lead developer Thelonious O’Neil, describing the games plot. “Everything seems perfect, until a dark twist of fate forces you into a high stakes bet with the president. The terms of this outrageous wager are simple: get her to fall in love with you over the course of three romantic dates, or suffer a fate worse than death. I don’t think anyone would argue that we haven’t come up with a unique premise!” 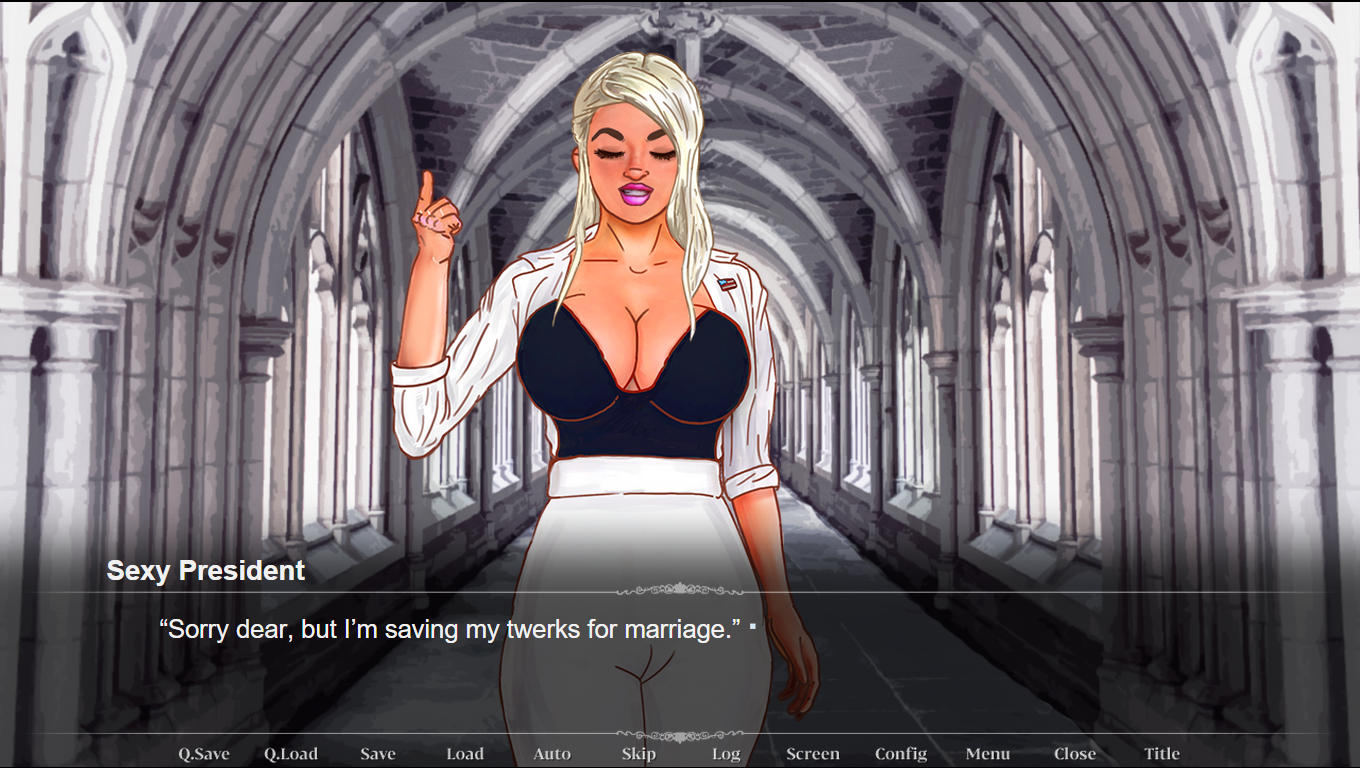 With stunning visuals, darkly comic dialouge, and a jaw dropping plot filled with twists and turns, Sexy President has been a true passion project for the indie developer. “Making games and making people laugh, that’s what we love to do,” continued O’Neil. “So hopefully we're able to do some of that with our new project.”

The Sexy President Steam page is live at: Store.steampowered.com

Great Idea Games is an independent game developer and publisher founded in 2018 with the goal of developing and releasing high quality video games based upon the greatest ideas possible. This is their third release. More information can be found at Greatideagames.com

Welcome To... Chichester Redux : The Spy Of America And The Long Vacation Visual Novel