Secrets of Grindea is an old-school RPG, with co-op support for up to 4 players. In the world of Grindea everything is determined by one thing - how big you collection of stuff is. You take on the role as a young hero (or heroine) taking his or her first steps to become a famed Collector and help collect the most valuable rares in the entire kingdom! The game features zelda-ish gameplay, but with deep character customization and skill systems. We have no classes; you build your hero from scratch putting skill points in almost anything you want, with no level caps holding you back. We have a lengthy main story with dungeons in all shapes and colors, as well as multiple side-quests and hidden secrets~ All this can be played with up to 4 players co-op, or just by yourself if you're more of a single player guy. 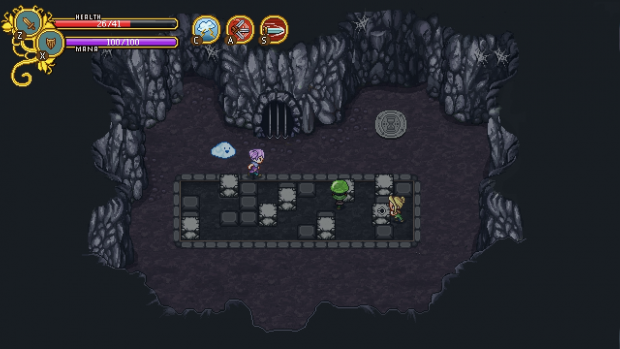 In-game screenshots from Secrets of Grindea