The development of an entirely new Secret Operation. With the new engine, and a new approach. This project is a large scale, compared with the previous parts of the series. This means not only a revolution in the series, but need cash to develop. Support our project!

Hello! My name is Pavel (Paul) Perepelitsa. I'm a studio head of BinarySpace™ and main developer of the game series called Secret Operation. Recently, we decided to make our games to a new technical level. Before that we used Raycasting Game Maker, using technology discarding rays, the new game will use domestic, fully 3D game engine called XashXT, which is an analogue of GoldScr Engine by Valve Software. 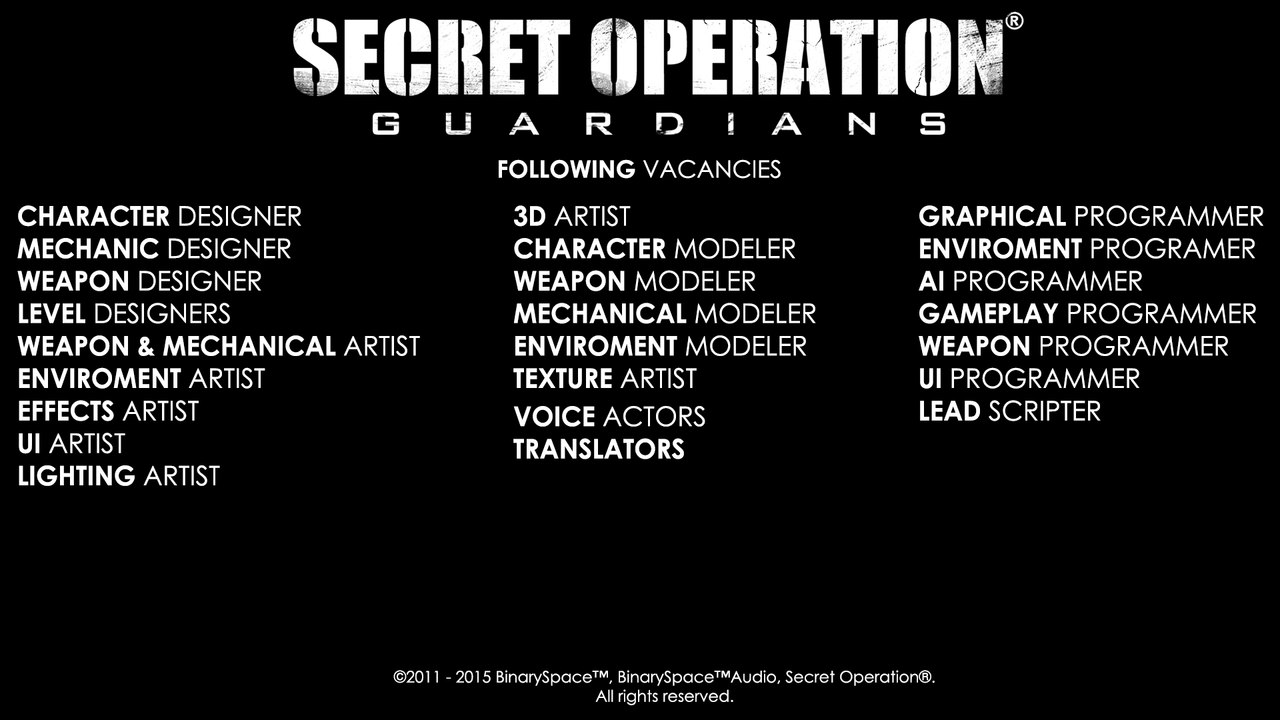 The main stage of development will begin this fall. We need people who working with the GoldSource and Xash. Основной этап разработки...

Little teaser from Technology Preview. Сontains footage from the first build of the game. And we still need modelers, texture artists and codders.

About The Project and We Need a People

Could I help? I saw the vacancies and I'm pretty sure I can do the level design and character modeling.

I Loved Deleted Scenes, out of all the Counter-Strike games it was my favorite, if only there were more games like it.

so exited to see how it will be