Something is still missing in the demo of Seasons, and that something is really important to create a great game experience around seasons' changes. That's it : this week we talk about sound implementation !

Whaaaat ? No post this week ? Let me fix this issue!

Since the beginning of Seasons development, we don’t really care about sound part. The only sound pass we did was done by William during the 1st prototype conception. During this prototype, sounds were only 8 bits effects done with the excellent sfxr software.

To move on with the new prototype, we need new sounds (effects and background musics). The sounds need to be less “8 bits style” but more realistic!

We have two kinds of sounds: spacial sounds and ambient sounds.

The volume of spatial sounds change depending on the distance that separates them from the sound listener (a kind of microphone).
Ambient sounds are sounds you can hear everywhere with the same volume, independently of the sound listener position.

Here is a little recap with a diagram showing 2 levels. One of them has a spatial sound placed in it and the other one has an ambient sound. The levels are linked by a gate system. 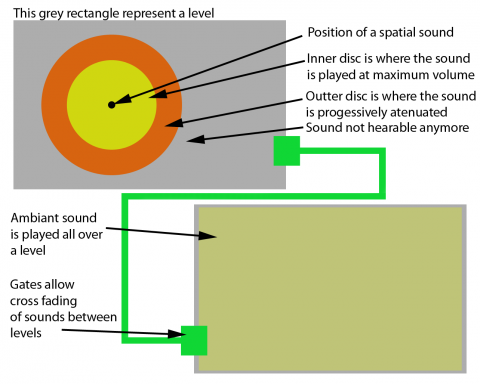 Some software audio library handles spatial sounds. It’s the case of our actual audio library (irrklang). Unfortunately, the library doesn’t let us have a real control on when a spatial sound will be totally muted. The only parameter that we can tweak is an outer distance beyond which the sound is not reduced anymore.
By testing those “3D sounds”, it appears that they were audible from way too far.
So we had to use classical 2D sounds and let our engine tweaks volume and pan to make our own “3D sounds” by using “2D sounds”.

Ambient sounds are regular 2D sounds audible from everywhere. However we limited an ambient sound to a given level. An ambient sound doesn’t survive when the player goes from a level to another.

An ambient sound always loops so we can use them to put an audio background in the level.

All this profusion of technical sentences is great, but a little video will be better to illustrate that stuff.

Just a warn before you proceed: all sounds are work-in-progress. And don’t search the stereo effect: the software used to capture the sequence encodes sound in mono!

The most curious of you may want to know how it works in our “production pipeline”. Well, we wanted the system to be as generic as possible. All the magic is done in Blender (William’s favorite tool of all time). Let’s see how it works with both mill and fox. 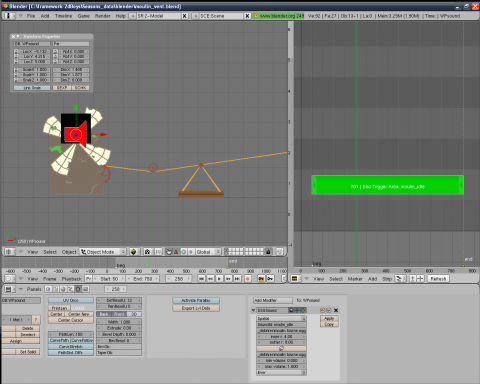 At the top-left part of the picture is the 3D View where a red speaker symbol has been spawned. This little red thing is just an editing visual clue of where the sound is positioned and it’s not visible in the game.

Blender doesn’t handle sounds in the way we want, except in the Blender game engine (that we don’t use). To indicate that the little red speaker thing is a sound, we programmed an new Blender component called “SSSSound” (yeah that’s a lot of “S”). You can see that this component is applied to the red speaker at the bottom part of the picture.
There is a bunch of parameters in the component. Here you can see that the sound is a spatial sound audible at 8 meters from its position, and the maximum volume level is reached when we are 4 meters (or less) away from it.

The sound must be played only when the mill is moving. To specify this constraint, we need to have a “thing” capable of triggering sounds to put them in play or pause state depending on the animation state. This “thing” is materialized in Blender by the addition of a new sequence in the sequence editor: the “Sound Trigger Area”. This is what you can see at the right part of the picture (the green rectangle).
This “Snd Trigger Area” sequence will start a loop sound if the animation is playing in the interval of the sequence (between left and right handles of the sequence). Here the sequence takes the whole animation timeline so the sound must be triggered.
Obviously, if the animation stops then the playing sound triggered by this sequence will be stopped.

The sounds triggered by this type of sequence must be loop sounds. For the “not loop” sounds, we introduced a second kind of sequence in the sequence editor…

The fox emits a little step sound every time his legs hit the ground. This step sounds are not loops and they will be triggered by the “Sound Trigger Start” sequence bloc. 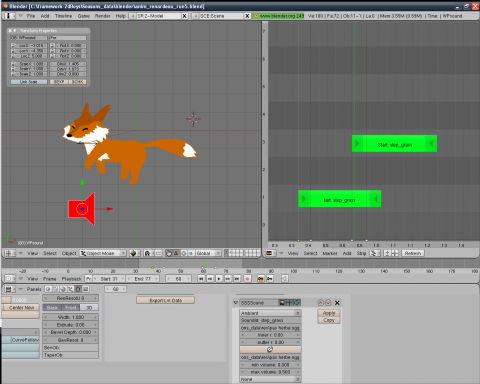 This is pretty the same configuration than the mill case, except that the sequence type has changed.

The actual implemented system is very rough but it’s working, and it’s convenient because most of the sounds behaviors can be determined directly in our editor without having to add scripts in the game engine.

However, there is some improvements to bring. Like a better integration of pan (left/right speaker repartition of a spatial sound) and extra diffusion shape for spatial sound. Right now, spatial sounds use a circle shape but if we need more vertical height or horizontality, maybe it could be a good idea to have some capsule shapes like the following one. 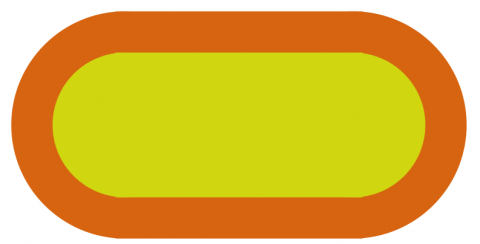 To see if we need those capsules thing, we have to test and tweak sounds in real levels because my testing levels are pretty limited in term of level design!

Don’t hesitate to share your sound experience with us (in terms of tools, or sound paradigm). Maybe there is a better way to integrate and use sounds than the one we are following, so any experience feedback will be great. I’m not a sound programmer, so I have a lot to learn from you!

I read the news title as "The Sound of Autism" and heard a Creeper's fuse lighting. Too much Minecraft for me, man.

Minecraft is good for your health!
For now I can't play Minecraft too much even if I've already bought it... maybe one day I will experiment Minecraft visions like you do :)