Jill: Jill's 5 years old and was gifted flap jack by her older brother, Jack. She doesn't like most games, especially those that jack plays, but this one she finds fun. She clicks, her fish goes there, it's easy. She eats little things and the fish burps, cute! The ocean is vibrant, she has lots of fun splashing around by jumping in and out of the water and bouncing off bouyies on the water surface.

She's never left the starting area, yet fun new things seem to find their way to her even if she doesn't know how to find them. Schools of rainbow fish flow by... funny looking things she's never seen before show up now and then and make funny noises and she's having a great time eating rare fish and turning into funny new things.

Sometimes she's fast, sometimes she's slow, it's a wacky experience that she hasn't grown tired of. She swam to the right once and got beaten up by a big mean fish... she doesn't swim to the right any more. She's more than happy to stay in the happy blue sky colored coral reef where rainbows appear and dolphins swim by laughing.

Jack: Jack's on his 12 attempt at killing the king Orca whale that he knows spawns at the 15 minute mark in the arctic ocean. He'd like to have the wiley dolphin head (powerful attack and good stealth) but it's rare and he'll settle for a hammerhead shark head which is more easily obtained. He's also going to be getting a tough but fast barracuda body unless something better swims by. He knows he can get one of these relatively easily in the toxic sea, so long as a rare MotherRay doesn't spawn and poison him to death with a single sting. Right now he's farming up a bit of speed fish in a small alcove in the coral area, if he's not fast enough he'll be picked apart by the schools of orca, he need to be able to leave them in the dust and focus on the King. In the meantime he found a rare clownfish body that makes him very fast so he's able to farm very quickly, but this body wont even get him to the arctic sea, let alone let him put up a fight against the end boss.

Soon he's going to the deeper ocean, if he doesn't find a rare moray eel head on the way he'll settle for something else, whatever's clever this area is easy, he's played through it many times. Just dash away from the projectile attacks of the puffer fish and eat whatever to get bigger and push on to where more stats and better eats can be found. OH WAIT WHAT'S THAT!? It's a king lobster on the ocean floor, this is an incredibly rare stat entity and gives a substantial armor bonus beyond the max of what you can generally farm in a single game. The odds of jack beating the king orca just went up immensely, and he thought he was simply grinding in a boring low level area again. You just never know when this game is going to be exciting or rewarding...

Does jack kill the king kiler whale?! What reward does it give!? Will Jill ever leave that darned starting area!?: Who knows! it's all up in the air right now! This is sorta how we envision the game and it's systems working right now, but there's certainly room to add things or take them away if we feel they are too much. I hope this doc helped you guys better understand what the current vision of the game is, and why it would be fun, and how we would make it be fun with the various systems. 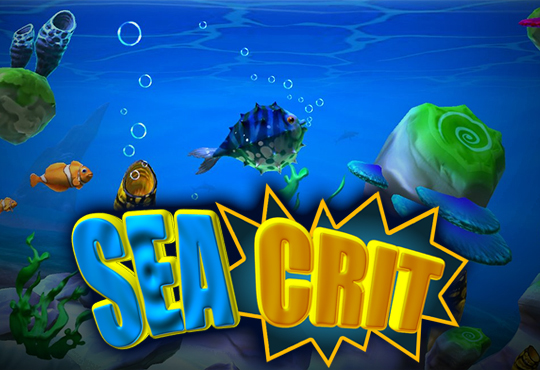 What we're looking for:
A well rounded programmer with a knack for character controllers and AI systems. We seek someone eager to inject robust combat systems, with a knack for balance and feasibility. This is a core position for someone able to work in a team, has a strong work ethic, and can invest into a project. We have a casual team atmosphere, but that doesn't mean we aren't taking this indie thing seriously. If you're not a fan of rogue likes, or light action games in the vein of Ecco the Dolphin, spelunky, or diablo, this isn't the project for you.

What we're offering:
We've got art, we've got design, we've got a game that's nearing alpha, we have a tangible game coming together for you to be a part of. We have a no nonsense rev share plan that gives everyone their fair share of profit %, no bullshit, no founders fee (should this game ever start generating some income). Talented? Work hard? You get your fair cut. If you're a great programmer that just wished they had assets and a fun team to make a killer game with... Here's your opportunity!

What is SeaCrit?
A vibrant "Rogue Light" for a new generation of platforms and gamers. An underwater adventure that harbors innovative play as deep as the ocean! It challenges the notion that compelling games requires complex controls and static content that's over when the boss is defeated. SeaCrit has rich progression while shrugging off clunky UI that hinders fun while intimidating new players. The project has low technical overhead in Unity and can be ported and played on darn near anything by darn near anyone.

SeaCrit has immediate pull with fluid, arcade play and is further nuanced by long-term progression mechanics that "hook" the player. We're taking classic RPG formulae and deconstructing them to their core essences, making organic the tedious aspects of choosing a class, leveling your avatar, finding items, managing UI menus, and assigning stats so nothing gets in the way of the player's enjoyment. Strategic depth still exists, we've just gutted the nasty bits.

The gameplay elements of SeaCrit are tangible. Fish and the many areas they inhabit have discernable meaning at a glance and that immediate reaction carries weight in play. We don't use health bars or display health values, fish size is a direct and immediately relatable gauge of your fish's health and power, get damaged to be too small and other fish can gobble you up and you'll die, it just makes sense. Growing back to full health after combat is the same simple and core mechanic used elsewhere in SeaCrit: eat. Gaining powerful new abilities and literally growing in power is done through this same action: eating fish. There's simplicity here that we hope will build on itself to create a robust, but understandable style of play and expose people to Rogue Like elements and RPG's who never would have considered them before.

We don't require a story to get the ball rolling, we don't need to craft hundreds of levels that can only be enjoyed one time each. We're making early builds public while taking as much feedback as possible. If the game reaches an acceptable level of popularity, we'll know its time to start thinking about a release build, but we're not sweating the small things at this time. We believe if you build the right game, it sells itself one way or another and we're inching nearer to that game every day.

Why fish?:
Fish are a largely unexplored and great avatar type for a game. The physical differences between sea life are minimal and it's possible to generate large quantities of different types of high quality fish without too much effort. The same goes for their rigging systems and animations. A few modular systems for swimming, dashing, shaders, and AI and an entire ecosystem of various fish types can populate the ocean to create an incredibly diverse underwater experience the likes of which hasn't really been delivered in a game before. Fish are also universally recognizable to most all cultures and demographics. Whether you like cute little clown fish or the majesty of great white sharks, most everyone likes fish.

But enough talk, try it if you'd like!
Indiedb.com

About our demo:
It's hardly perfect, it's rough around the edges and needs a lot of "love and care", but if it didn't we wouldn't be doing recruitment now would we!? We know the damage/ size systems are off. We know fish parts are currently lacking in diversity of play and new abilities. We know the musics transitions are buggy... there are a LOT of things to improve and add. If you're a coder and designer than can look past these blemishes and see potential in the project you may be a candidate we're looking for!

About us:
We're a small team of 4 (currently) just trying to make a game. We meet on skype daily, and work remotely from all corners of the globe. We have an open, casual work environment with soft milestones decided on by the team in weekly skype meetings.

Our plans for moving forward:
Fill out our coding team and develop and maintain a high standards in code. Streamline our in-game systems to allow for global tuning of universal combat and eating systems, expansion of fish AI systems, fish parts, and ability systems.

Code Snippet (so you know what you'd be getting into):
Pastebin.com

Thank you for your interest!

More art and a focus on getting this thing playable

Hey, new here, but figured we'd "explore the space". Flap Jack is very much in its infancy and we thought it would be fun to share our development as...

Unfinished as our other demo, but for mac. Left and right click to do stuff.

Try our game! It's not really ready for public consumption, but we will use this small demo to try to recruit a bit more

Bleh, sorry for prior comment, having a bit of a bad day. I appreciate the advice, i'll tailor the systems more accurately.

Why is this in the PSP section?

Edit: Why is this in EVERY section?!

This is probably another one of those guys who make a really simple game and think that they can port it to anything.
If this is one of those games, it will die before a release.

OSK - The End of Time Adventure