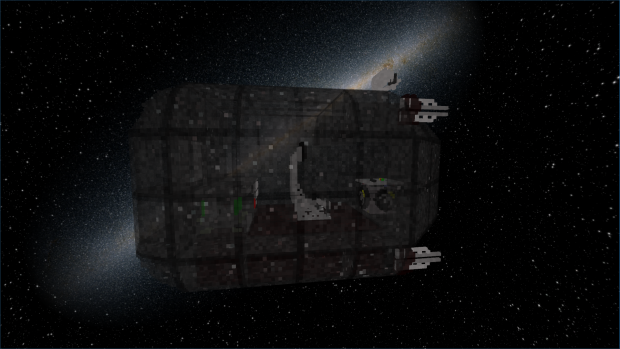 Packing a ton of new features, I've finally gotten 0.20 out the door.

As you can see, we've finally gotten transparency into the game. Not only does this make diamond and corundum (Ruby, in this case) blocks look great, it adds subtle effects to many existing blocks, AND allows us to show rotations before the player places blocks, making building far easier.

The ship pictured is "Shimmer", a ship I built to test out transparency. She's a small diamond fighter, and probably not the ship you'd like to be in if the enemy is using lasers. 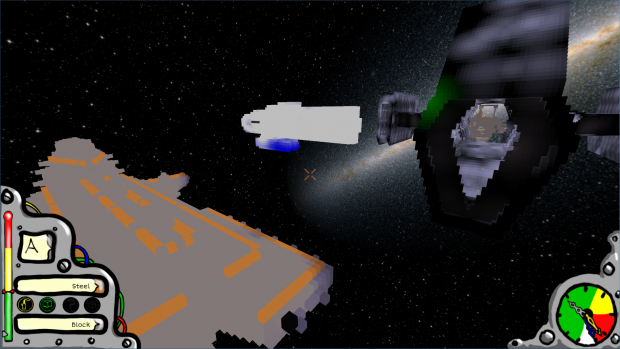 We've constructed an entire system for placing objects in a solar system, and applied ships to this system. Now we can have multiple ships flying around a given scene - Although rotation and object detection are still in the future. It's quite exciting to see a ship as big as the S.S. Queen Mary Ann decide it'd like to go for a little stroll.

And let's not forget the biggest item: Mac support. 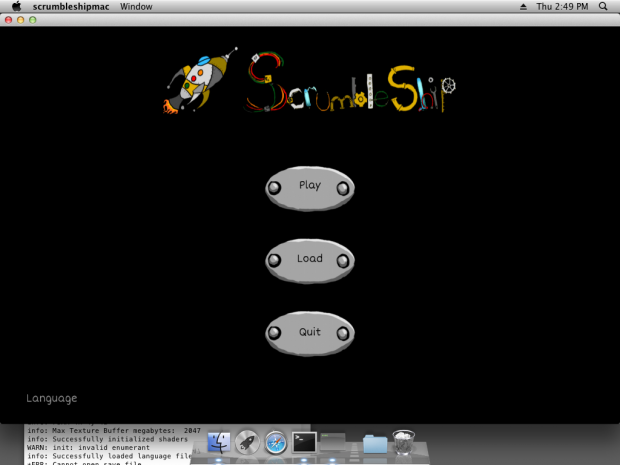 The culmination of more work than I care to think about, including switching a backend API and entirely rewriting the 2D renderer, ScrumbleShip finally works on Macs - Albeit 10.7+ Macs only. I'll be writing an article about the porting experience in the near future, for those curious. Thanks to diligent community contributions and bug reports, the current Mac release of ScrumbleShip has no known Mac-specific bugs.

Oh boy indeed! This release is ginormous, and the prototype ship movement, ghost block placement, and all the hidden backend changes are a stepping stone to even more exciting developments. :)