SCP-847: The Mannequin is going to be a first-person survival horror title. Very similarly based with SCP: Containment Breach. You play as Lisa Brooke, an unknowing girl stumbling into a dangerous place that is beyond her reckoning.

Gameplay within SCP-847 is going to be relatively simple at first. The game will play as a basic first-person survival horror title. You'll have a handful of light sources to see your surroundings with. Some areas of the game will be dark and spooky, while others will supply you with a decent amount of light to see with.

Through many different mechanics, gameplay will try to be immersive. From jump scares to general eeriness and spooky atmosphere, you must run or hide from SCP-847; The Mannequin. The SCP will attempt to hunt you down and kill you. Use your wits and environment to help you in your flight to escape the abandoned facility and evade SCP-847's violent pursuit. The game can be played using various items from your inventory, including your flashlight. Throughout the environment, you can find spare or scrap items to repair various parts of the map. Light bulbs will be damaged and in need of repair or generators will need to be filled with gasoline to be able to supply power to your location. These options don't play any major significance other than giving you a keen edge over your attacker.

Female protagonist, Lisa Brooke, college student and part-time retail employee, stumbles across an old, abandoned facility in her flee from an unknown attacker that leaves her stranded. Cold, tired, and desperate, she ventures inside. Once inside, she discovers that she unknowingly unleashed a terror on herself that won't be simple to escape.

A female mannequin, very much alive, seeks to end Lisa's life as a means of self-repair. Lisa is trapped inside and must find a means to escape. The facility interior is old and falling apart, so this victory will be hard-won. It seems that even the environment around Lisa is choosing to be her enemy.

There are strange things happening in this facility, since it wasn't properly evacuated before its abandonment. What else lurks in the dark?

This game will use various aspects of music to ambient sound effects to provide a spooky environment. One of my favorite parts about a horror game is when you hear a noise that makes you stop, wait, and ask "What was that?"

So let's go over my progress so far with SCP-847: The Mannequin. I feel like I wanna have a bit of fun with this game and stray away from the feel of other SCP-oriented games wile keeping the same build-ups. This game is going to follow a story-based prologue, introducing the main character and the setting. Afterwards, the survival horror gameplay will become available.

I've spent some time exploring different ways to do what I want in the map without having to script everything from scratch every time I want to add something to the game. I settled on Point Entities.

Similar to how Hammer Editor .BSP maps work, a list of scripted point entities will be able to fit together like puzzle pieces to provide optimal results. From playing sound effects, to triggering animations and controlling AI. At the moment, I'm limited to a basic timer and some SFX entities. My next additions will control animations. 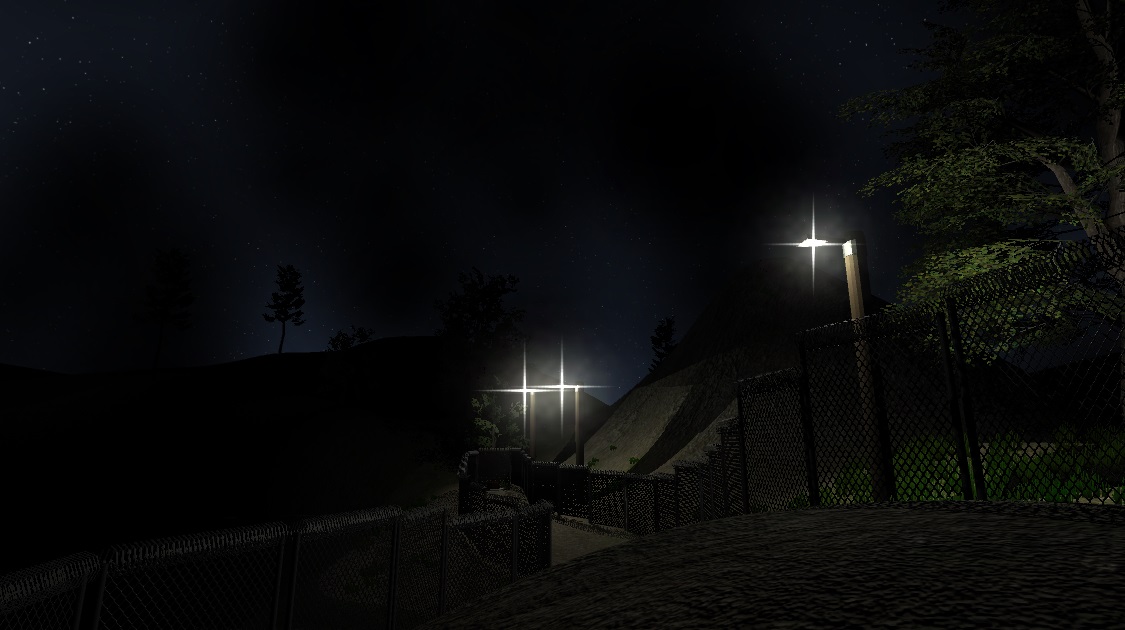 The map has seen some improvements since last time. I've transitioned from starting in an interior environment to an exterior environment. I want a proper portion of the game to take place outside.

The stars and clouds in the sky will need tome tweaking, but I kinda like how they turned out! What do you think?

I've been working on some background projects that I may be able to implement into this for added convenience. What features I add will take some time and thinking. I'm not sure how much effort I want to put into converting scripts that I may or may not use later on.

I'm not ready to release a playable demo, yet. That should happen sometime next week when I get to polish what I currently have and improve on it. Give me some comments and tell me what you think

Hmm. It's been quite a while, hasn't it?

Join us as we learn where GRIM Studios went and what happened to SCP-847: The Mannequin.

Status Update: Waiting to get paid!

An update on my processor status and the game's status.

Update on my absence

In a world where game developers get lives. ONE MAN finds it upon himself to IGNORE THAT LIFE. Game Development: The Movie. Coming soon to a theater near...

Just a little update regarding my current progress of doings.

A quick playable demo for the Windows platform. Showing off various aspects I have been able to implement thus far.

A quick playable demo for the Mac platform. Showing off various aspects I have been able to implement thus far.

A quick playable demo for the Windows platform. Showing off various aspects I have been able to implement thus far.

I can't wait for another awesome SCP game.

Is there any news?

Is this game dead? There hasn't been an update since March in 2013.

this looks creepy and odd as hell

Hey, guys. I just posted a new NEWS update on why this game has been so dead. It is awaiting authorization, and should be up by tomorrow. Thanks for the support! I'll try to get this going again just like it was before. On the top 100 page? We did it once, we can do it again!

Its looking good so far. Walking is a bit funky though. Aside from that, its good.

Whens the game coming out, Been waiting a month for its release!
Not even sure if your still making it?