"See, I work for the Lavandri Corporation. Bloodsports division. Bet you've heard of us. Now, there's been a lapse in Arena action here on Scaffold 22. Most of the streams folk watch are imported from Cubix. Outdated by months. Bad for reputation, leaves viewers frustrated, all around no-no. But, see, the good news is the Church finally got it in their heads that bread and circuses is good for PR, and they're letting us re-open the Deathmatch Arena here. So, to cut straight to the point: we at Lavandri want you playing in the Deathmatch."

A complete departure from the player character's chosen career of abomination hunter, the Gladiator is as much an entertainer as a ruthless killer. They have competed in the recently re-opened Lavandri Deathmatch Tournament and decided that a future of fame and fortune is far more lucrative than hunting the abominable in the shadowy recesses of Scaffold 22. 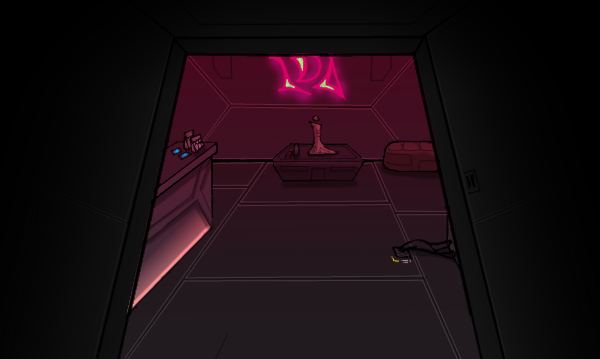 "It ain't just about killing plebs..."

- Lavandri Employee to Vine, on the Arena

Every Arena contestant must either pay admission fees or accept support from a registered Arena sponsor. Thus the Gladiator, who has committed wholeheartedly to a career in the Arena, will be loyal either to their sponsor - or to their own arguably selfish interests. The mere act of competing in the Arena, which has only recently been legalized, will no doubt alienate them from certain groups who disdain legally sanctioned murder. Otherwise, they are free to engage in whatever activity they wish outside of their Arena obligations. 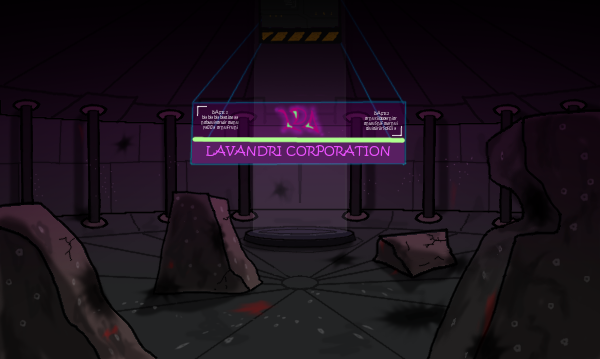 By implication, every Gladiator aims to score big in the Arena, winning the Tournament and move on to the pan-galactic competition hosted on Cubix. They aren't the only contestant however, and out of 73 Sectors competing for the title of Champion on Scaffold 22, only two will face off, chosen by popular spectator vote. Those who fail to qualify - and then win in the Championship - have no choice but to tide the season over working side jobs, in the case of the Player Character, their old vocation of Abomination Hunter.

There is however no obligation for the Champion to enter in the pan-galactic competition, and some Arena Champions prefer to secure a relatively safe career in local tournament ladders. Whatever choice the Gladiator chooses, they are highly skilled fighters, and often highly recognizable public figures who have amassed considerable fortunes over their time in the Arena. 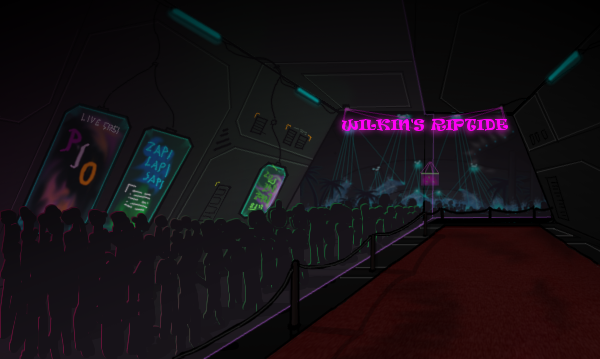 The Gladiator's gruesome dualistic nature of killer and entertainer is represented in their InZtinct sheet, which groups available skills into three loose categories:

Utterly dedicated to Bloodsports, some Gladiators endeavor to stage the most elaborately vicious deathmatches. Plamsa, gas, and shock eruptions combined with gruesome executions in close combat are sure to garner the audience's approval - albeit not without risk to the contestant.

Having trained extensively with weapons and armor, some Gladiators put on seemingly picture-perfect performances, constantly on the move and incapable of error. Though less entertaining to watch, such conduct is often what allows a Gladiator to reach the Championship alive.

Experts at leveraging their fame and fortune to their benefit even outside the Arena, many Gladiators can arrange favorable deals, talk they way in and out of trouble, and - in the case of those who've earned their title in the Championship - even avoid laws lesser citizens are forced to abide by.

Regardless of how a Gladiator makes use of their training, fame, and fortune, they are a force to be reckoned with both within and without the Arena. Though many may wish to challenge a real Gladiator, hoping against hope to inherit their fame, few have the skills to stand against them. Woe betide anyone who dares face someone who's willingly committed to a career of ritualized murder, slaughtering fellow humans for the sake of fame, fortune, or sheer sadistic pleasure in the Deathmatch Arena.

Developer Notes on the Arena

Normally, this is where I'd talk about the development of Scaffold 22 but Beta 7 is coming soon - as mentioned elsewhere - and I'd like to take a little more time to speak about one of its major features, the Arena (the other will be presented next week).

First, the Arena can be either an alternative main story or an extended side mission. This isn't mandatory of course, and the player can opt out of the games at multiple points - or simply not partake at all. Should the player choose to compete however, they'll first play in a qualification round and then the local ladder. Both of these rounds contain of three opposing teams, two of which must be beaten to move on. 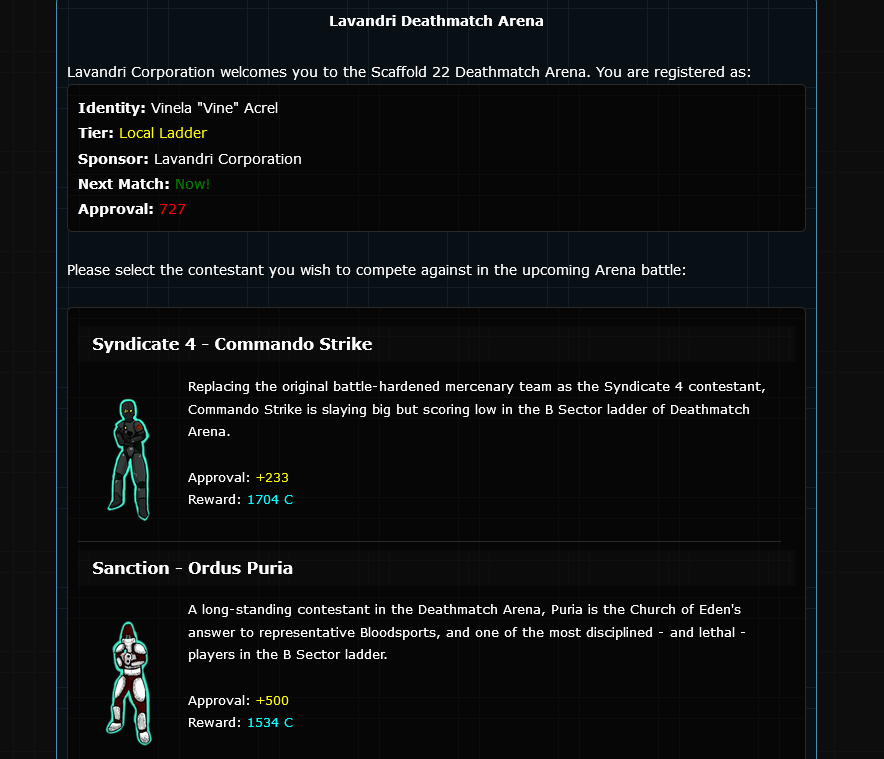 As the screenshot above shows, the player has an approval rating, as does every opponent one faces. These however are relative; a player with higher approval than their opponent will loose points for playing against them - the team's approval will be marked in red rather than yellow. High approval opponents tend to pay less in way of reward, and risk getting the player stuck in 'approval limbo', wherein they can't advance their ranking or even loose points. So choosing enemies is a bit of a strategic matter. Also, any opponent the player doesn't fight will advance into the next round.

This changes in the Regional Semifinals (after the local ladder), in which the player must beat all opponents to be eligible for the Championship Final. Now, this is where things get interesting, because just winning the semi-finals isn't enough. You have to come out with a high enough approval to be voted in to the Championship. This isn't 'hard' per se but does require some finesse, because...

In addition to the opponent's ranking, the player's performance will influence their score in the Arena. Longer, fancier battles involving high kill-per-turn ratios, melee kills, and combination attacks provide considerable bonuses, allowing the player to score much higher than they usually would, while poor performance can lead to loss of approval - albeit not drastically. This allows the player to make up for negative relative opponents but also risks setting high expectations in future. Failure to balance ones performance in the Arena can lead to plummeting approval - or unexpected hikes, should one suddenly score a highly popular match.

- if the player character is sponsored by a specific corporation, they will be able to purchase gear intended specifically for the Arena. These include a variety of weapons and armor that are generally of high quality.

- arena matches are played once every twelve ingame hours at minimum, forcing the player to engage in other activities to move the clock along. At least a little downtime is recommended, as the Arena is prone to causing skyrocketing stress levels.

- higher approval ranking nets higher payouts, which is useful as good Arena performance requires creative use of various munitions and items, which are pricey. Unlike in regular gameplay, the player is forced to engage in combat in the Arena, and cannot save credits by avoiding combat.

- there are several interviews and other events that transpire after the Arena, each of which offers a chance to gain approval bonuses - or loose approval for poor courses of action in the eyes of spectators.

That about covers it for the Arena. Overall, it offers an appealing alternative to Scaffold 22's plot-focused gameplay, while also providing an alternative source of income even if the player doesn't intend to play for a championship title. More updates on the features included in Beta 7 are to follow soon, and release can be expected sometime next week if everything goes according to plan.

Please say the arena grants you access to a badass gladiator sword.