Introducing the Forsaken archetype and a little more about the upcoming Beta 8...

"Look upon what remains of this sector, hunter, and tell me truly: what more proof do you need of human mortality? Death comes to us all as surely as the stars burn out. What else can we do but venerate its coming?"

- Deathcaller to Vine, on the Forsaken

A player character who's seen death on a unfathomable scale in plague-ridden passages of the Undersprawl, the Forsaken has embraced the certainty of their demise and found a sense of comfort in knowing all mortal life is finite. Driven by this quasi-religious belief, they've dedicated the rest of their time to a singular goal: finding the perfect moment to die for. 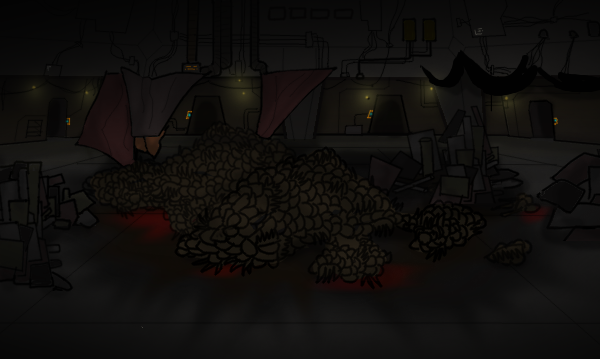 "Remember always what is true: we are forsaken..."

- Deathcaller to Vine, on the Forsaken

By virtue of their twisted faith, the Forsaken is a member of the Death Cult and frequents their shrine for supplies and spiritual guidance. They haven't given up their former life as an abomination hunter however, though their reasons for tracking down and slaughtering vicious monsters has changed. Rather than serving the public or purging the heretical, they aim to relieve these unfortunate creatures from the burden of existence - and maybe find a worthy, blood-stained end in the process. 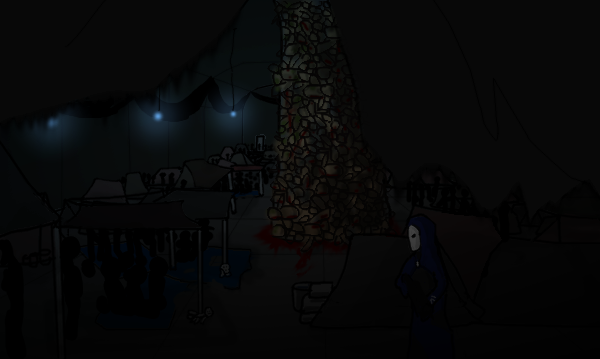 Unlike other archetypes, the Forsaken is not affiliated with a given faction, and isn't guided by any specific ideology. As such, the Forsaken is unbound by the notion of loyalty and will side with - or turn against - whomever they deem most or least deserving of death by their hand. This morbidly twisted moral compass has freed them from the confines of conscience that limit members of other faiths - even atheists - but also offers an all too convenient excuse to slaughter anyone or anything they deem ought be 'spared' the burden of life.

Though this perverted outlook on life - and death - is frowned upon by society at large, the Death Cult is a sanctioned sect endorsed by the Church of Eden, and as such the Forsaken is not a complete social pariah. They may not be appreciated by all but citizens of Scaffold 22 have come to accept the Death Cult and their necrotic shrines as an integral part of the religious landscape. Despite its ominous facade, mortality worship is frequently the last source of comfort for those who have lost loved ones or face certain death themselves. 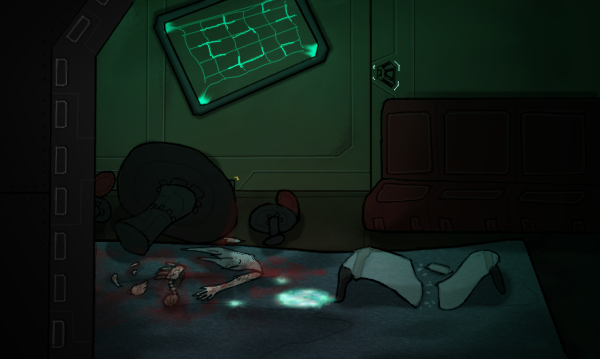 Someone will need Comfort...

The Forsaken's morbid take on the sanctity of life - or rather death - is represented in their InZtinct sheet, which groups skills into three loose categories:

Convinced murder is the ultimate expression of compassion, the Necrotic finds comfort in the wanton slaughter of those who most deserve to be liberated from life by blade, arc caster, or a swirling cloud of neurotoxins.

Having embraced their status as a social outcast, the Misfit has cultivated a number of dubious skills to better survive on the fringes society - most notably, the criminal and biochem cultures that flourish in the underworld of Scaffold 22.

Wholeheartedly devoted to the pursuit of a perfect death, the Seeker is mentally and physically prepared to face their inevitable. Unburdened by conscience and purged of toxic chemicals, they pursue fate with absolute clarity and unflinching determination.

Regardless of how the Forsaken chooses to pursue their morbid faith, they are an ominous presence - angel of mercy and ruthless murderer in one. No one is beyond their vicious compassion and not even the threat of certain death will slow them down - after all, any true Deathseeker welcomes a gore-streaked end. 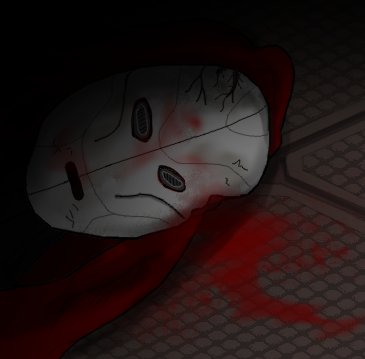 Work has been ongoing on the next version, and I'd like to take a moment to showcase the most noticeable change: an improved UI. It's still a work in progress, requiring tweaks and a few more additions, but the basics are established - and considerably prettier to look at than the design I was using in earlier releases. 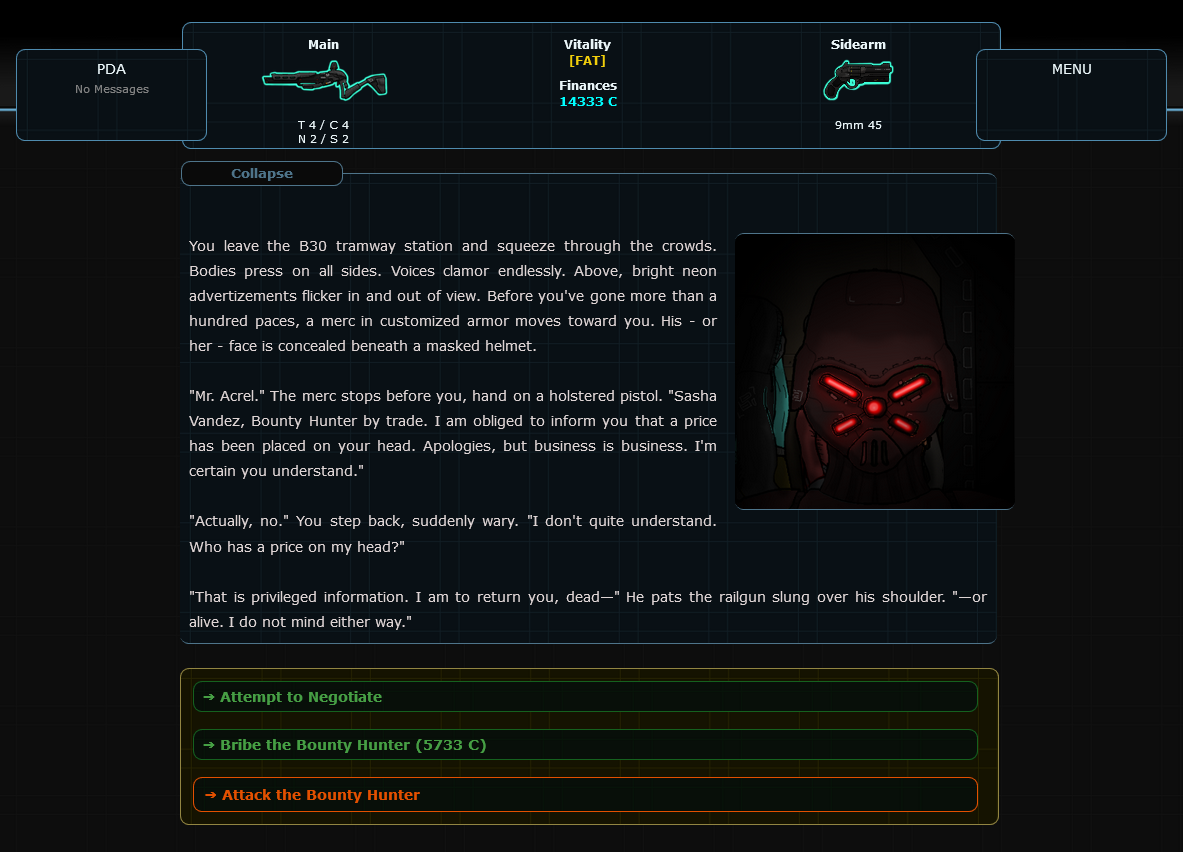 Naturally, there will be changes to other UIs to keep them in line, as well as a few tweaks (such as looted items appearing on screen, apparel being visible while navigating the game world, and the Codex properly unlocking entries as the player discovered them) but the most notable change is being made to the combat UI. 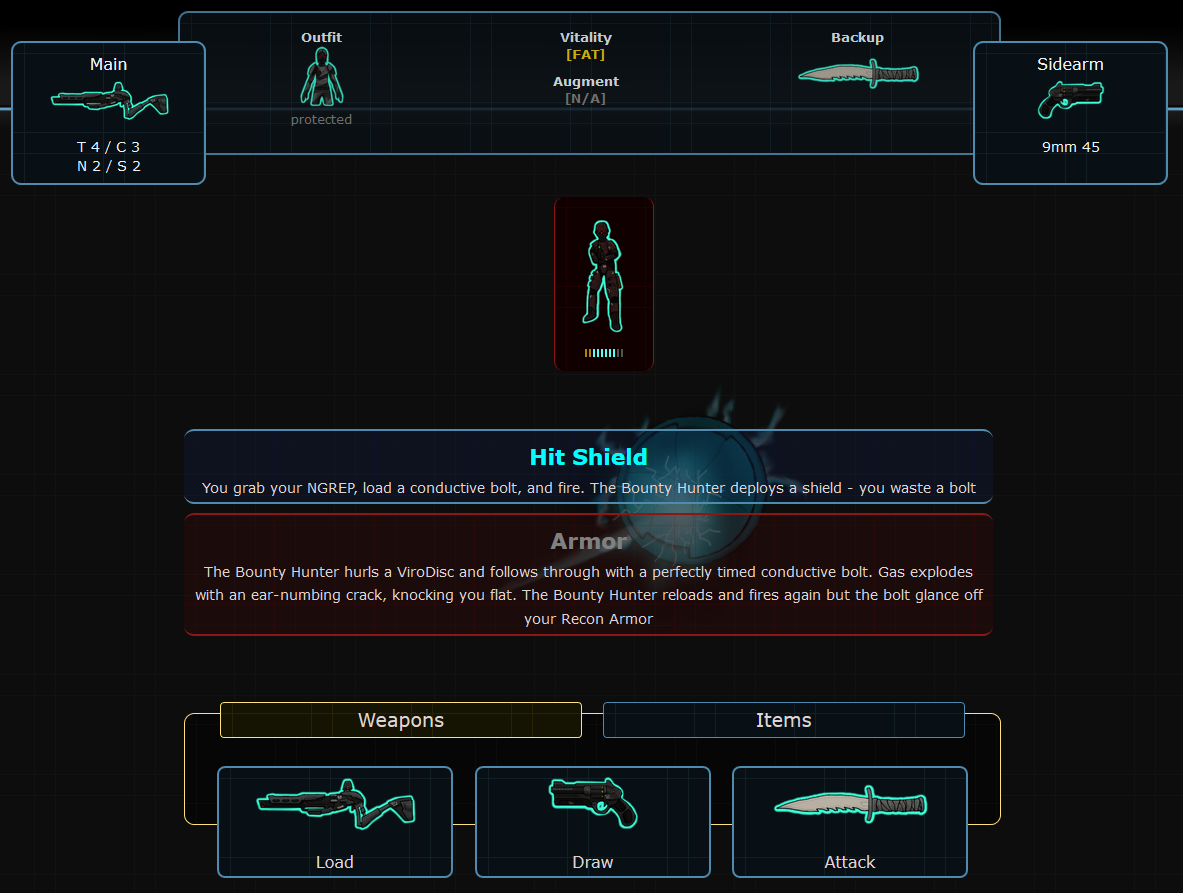 In addition to layout and health display fixes (which have been broken forever), the new UI also includes illustrations to underline the flow. This, coupled with the improved headers, allows the player to better follow events without having to read the flavor text unless one really wants to. It's hard to show this in a screenshot as the image is already opaqued out - in practice, the animation displays it prominently and then fades into the background to better present the flavor text.

Aside from that, what else is happening? Well, a bunch of new upgrades and items have been introduced to flesh out gear options. And I seem to be making an endless series of little flavor images... 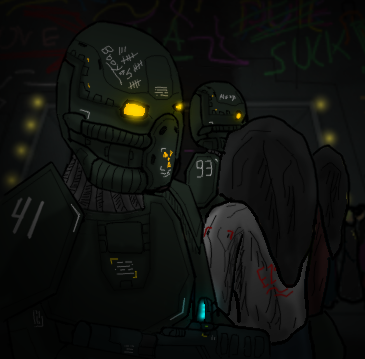 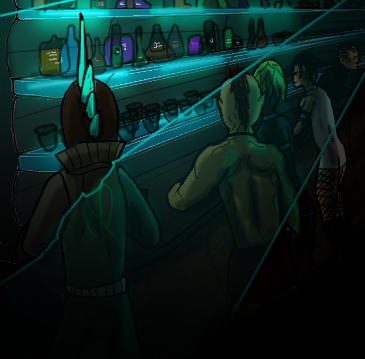 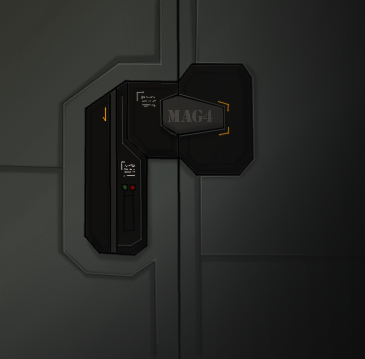 Seriously, it feels like I'm drowning in images at the moment, and there still isn't enough to cover every scene. So art might not all be done by the time Beta 8 is released. But we'll get there eventually - speaking of eventually, beta 8 should go live sometime next month, once a few kinks in the UI and gameplay have been worked out.