What does it take to be a hero? An age-old question leads Leif on an adventure to a world beyond mortal comprehension. Join our hero and his magical ally on an epic quest to meet loyal friends, fight hordes of enemies and solve mind-bending puzzles. Will he find his way back to the world of the living?

2021 - A Review! A long time ago! When you're tackling a big project, such as writing a book, making a film, or, as in my case, developing a game, you can get overwhelmed by the complexity. This is especially the case in the field of computer games because you have to combine many disciplines such as graphics, music, programming, storytelling, and so on. I started with the project Leif's Adventure over six years ago. An unimaginably long time, in which I have to concentrate and motivate mysel

A long time ago!

When you're tackling a big project, such as writing a book, making a film, or, as in my case, developing a game, you can get overwhelmed by the complexity. This is especially the case in the field of computer games because you have to combine many disciplines such as graphics, music, programming, storytelling, and so on. I started with the project Leif's Adventure over six years ago. An unimaginably long time, in which I have to concentrate and motivate myself every day. In the first years, it was still very easy. The motivation was high and I didn't have to provide additional income. I had savings that I could invest. After that, the complexity increased year by year.
Besides the development, I had to do work assignments to cover my personal costs and the costs of the project. I do not want to go into too much detail here, because it should be primarily about the last year of development, the year 2021.


When will Leif's Adventure be ready?

If I was asked at the beginning of the year when Leif's Adventure will finally be finished. Whereby the "finally" was always mentally inserted by me. Then I was pretty sure that it will happen this year. But there were further postponements. In the middle of the year, it was clear to me that I would not be able to keep the start date again and that I would have to postpone it to the next year.
This led to a lot of frustration, which became even bigger from month to month, as it became more foreseeable that it probably won't even be for a start in the beginning, but rather in the middle of the year 2022. So, now I sit in the office between the years and ask myself: What was actually achieved this year? Was it a year of failure or do I just have to look closely to discover how much was actually achieved? And that's exactly what I want to do in this annual review.

I spent this morning reading through the commit logs and listing the major accomplishments. I was able to list 159 completed processes. These are by far not all, but only the elements that I thought worth mentioning.

The Highlights
To make the whole thing a bit more exciting I will create a few rankings. Let's go!

The 3 most complex features
3. Added Keyboard controls for the PC
The game should finally be playable with the keyboard. That was finally achieved this year.

2. Rework of the Options Menu
The options menu has been completely reworked so that the language can now also be changed and the music or sound effects can be adjusted in their volume.

1. The Savesystem
The save system was finalized and then rebuilt so that the save logic is more consistent. Everything that you have gained until the next save point is now lost if you were not at a save point again. This now applies to everything and not as before, partly so partly different. Especially for the Nintendo Switch, this was a big challenge because the save process had to be outsourced to an extra thread so that the save process doesn't interrupt the game.

3. The Intro
The intro of the game has been in planning for years and had some big difficulties with the singer and composer of the intro song because his motivation has decreased more and more until the contact was unfortunately completely broken off at some point. So I was even happier when I found a new composer and singer. The two of them delivered a great song. My wife and I rewrote the lyrics. In August, I also implemented the animations and camera movements in Unity. The result is something to see and hear. See for yourself:

2. The Demo 2.0 !
For the Steam Next Festival, I wanted to publish a new demo. This should show more of the game and mechanisms that were not yet available in the old demo. Also, the new demo was now also playable with the keyboard.
If you haven't played the demo yet. You can try it here for free:
Demo

1. Sulfite-Land - The last level
When I first started developing the game, my estimate of the development time for a new level was about a month. At some point, I went to about 3 months. But now I know that the new complexity and the level of detail I'm aiming for now means that a development time of 4-6 months per level is more likely to be necessary. Exactly that was confirmed with the last level. But the sulfite land is also the most varied and of course the most difficult area of the game.

In the video here you can see a part of the development:

3. The Slimer
The Slimer is a classic slime blob opponent. He comes in the 3 element types fire, electricity, and ice. What's exciting is that he reproduces himself when you attack him with the wrong weapon types.

2. The ancient Snake - Angur
Angur also plays with the elements. As a serpent mage, he can create shields of the three main elements. Here, too, the right weapons are trumps!

1. The Shadow Soldier
The shadow soldier hides a very special secret! However, I do not want to look at it here at all. He is the final boss of the sulfite country. He also has a very special protection strategy, which you can only master in cooperation with Ghost.

3. The old intro song
As briefly mentioned above, this year I was forced to end the collaboration with the singer and composer for the intro song. Since he was simply no longer available. I guess the change requests I had were just too much. The song was great, but in my opinion, you still have to be able to change certain things if it makes it fit the game better. Having to learn that the collaboration that had only started so well came to an abrupt end was a shame and kind of disappointing. 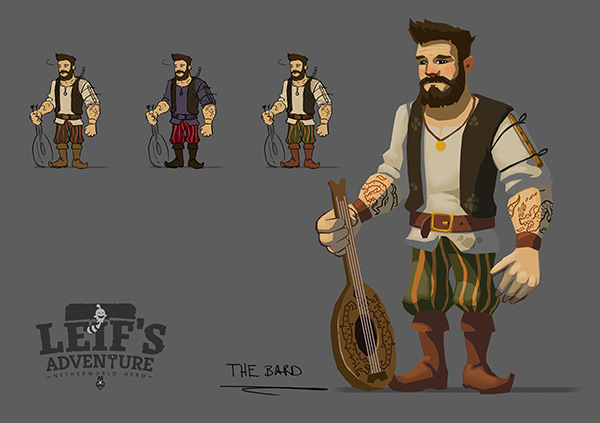 1. Delay of the release date
This year I really wanted to bring Leif's Adventure to market. You have to remember that the longer the game is in development, the higher the development costs are. Nevertheless, I want to release a good game and that's why I had to postpone the release date again. Admitting that was not easy! However, I know that it was the only right decision. Still, it is the biggest disappointment of 2021.

3. Twitter
Twitter is a great platform to connect with gamers, but especially with other developers. 2021 was a good year on Twitter. The channel gained over 250 new followers and the strongest tweet had over 17,000 impressions.

2. Best Indie Game of April
In April, I noticed a sharp increase in wishlist entries. It had taken me a while to figure out where that came from. So, I was even more pleased when I saw that Leif's Adventure was listed in the trailer for the best indie games of April 2021. Thank you Clemmy!

1. Steam Next Fest Live Stream
It was a great success that Leif's Adventure was accepted for Steam Next Fest this summer. It was even featured in the adventure trailer here.

But my personal highlight was the live stream I did together with my wife on a blisteringly warm summer evening. We had an average of over 600 viewers at the same time and almost 1000 viewers at the maximum. 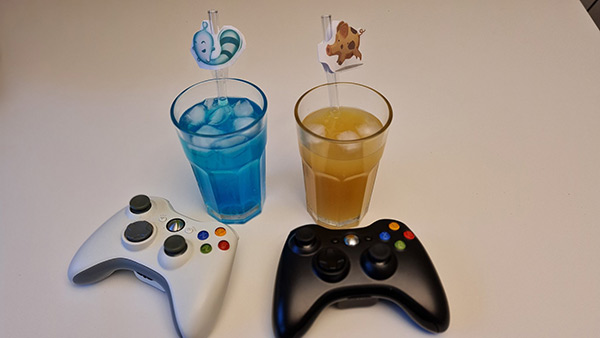 There are still so many things I would like to list here, such as the new logo.

But I would like to close with a thank you. A thank you to everyone who continues to believe in the project and who supports me on this long journey.
If you already added Leif's Adventure to your Steam Wishlist, follow me on Twitter, Instagram, Facebook, Youtube or subscribe to the newsletter, then you are one of them too!

Thanks a lot and happy new year!