Roller Derby and the messy, though, funny lives of five young women. Roller Drama is an interactive narrative and a strategic real-time sports game about five young women playing Roller Derby in an oppressive and surveillance-based society. In Roller Drama you are the mentor and coach of a Roller Derby women’s team of five (the standard in-game team of one jammer and four blockers). You have to: live coach during matches, real-time gameplay; try to be a spiritual, existential guide for this problematic team in their life between matches; deal with psychological hurdles using the “Battle Go”, turn-based battle on a chess-like board, playing as one of the girls in turn. Daily life in the game’s world is not easy; political and environmental problems interfere with complex personal lives. The game’s universe is a slightly altered perspective on today’s world, with the same problems but... more explicit. It’s a dystopia that talks about our present (thank you Terry Gilliam 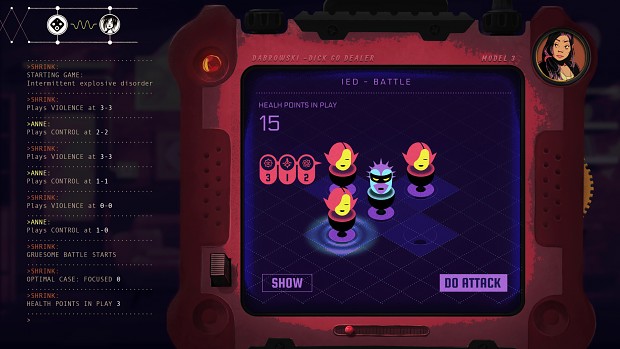