After almost two months of quiet, we are back and big-time! All new sounds, coop mode, more upgrades, enemies, explosions. All with local and online highscores! Check it out on Windows and OSX!

Grab the duct tape and make sure you are properly attached to your chair, because you are about to be blown away by the newest version of *dramatic silence* Roche Fusion! *fireworks, explosions, particles!*

The last two weeks we have been tweaking the preview version that some of you already played. We pressed buttons, turned knobs, held headsets near our ear preparing we were listening to music and now bring you a version that is even more epic than the last one, with lots of new and updated features, including but not limited to:

Due to the recent monkey manifestation (and also the game being in beta), the game might pose some unexpected behaviour. If you run into any problems or just want to tell what about the game is awesome or isn't, make sure to get in contact with us. 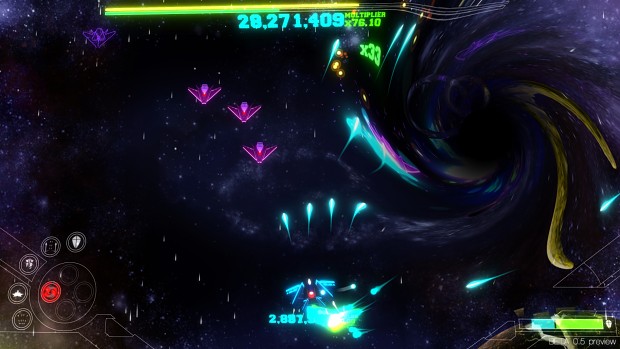 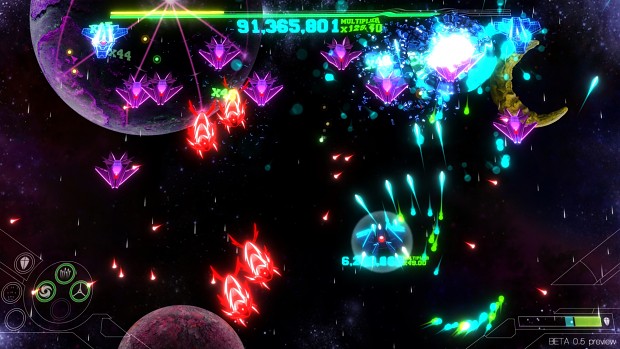 More bullets, enemies, and everything 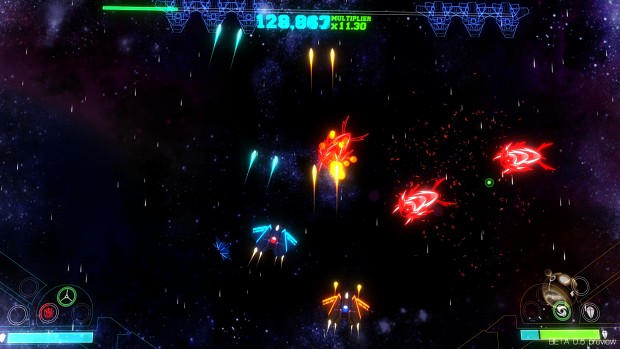 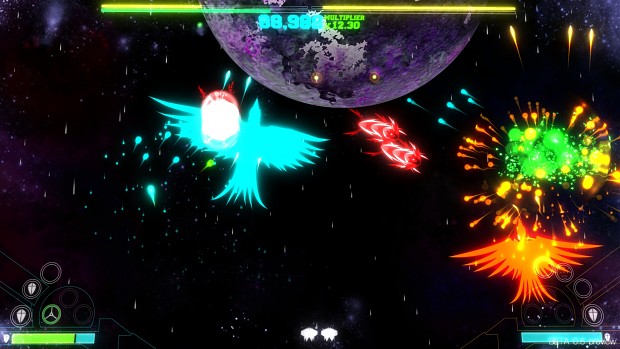