Road to your City

Road to your city is a football-city built-up simulation where you slip into the role of a city mayor.

This week I started a series about "Road to your City". The first video is about the creating process in the last years. The upcoming videos will be about the latest updates. New features have also been added.

it's been a while since the last update and a lot has happened in the last two months so there are some new information I would like to share with you.

Before I start with the updates I want to mention that Yheeky Games has a Discord server with a very nice & small community.

It would be a pleasure to see you over there, since all the following information have already been communicated over there so you'll always be up-to-date regarding the project. Ok, so let's go on...

For all people who might be interested in some insights of the game: I started a devlog series on my new YouTube channel about "Road to your City". The first video is about the "history" and how the game has been created over the last years.

The next videos will be about features which have been added lately. Also new information will be mentioned in the videos so if you want to be up-to-date you can subscribe to my channel. Would really appreciate it.

Bus stop implementation
The player can now place bus stops in the city in order to reduce the traffic. Traffic will become an issue if the city gets bigger and bigger so they will definitely be needed. Before being able to build a bus station and bus stops you have to request the funding for traffic. If your funding has been accepted you are ready to go:

New data structure
In large cities I got some troubles with performance (which is quite normal for a city-builder). One issue was the data structure for roads and connected buildings. So I created a new data structure which follows the disjoined data structure concept. This algorithm allows to make super fast road checks. Also check-ups like "is building A connected with building B" is very easy and quick to check. I've visualized the concept for you in the following gif:

Performance tests
As mentioned above I worked a lot on performance. Besides the road structure there have also been some frame drops if a lot of (interactable) buildings are visible. This issue could be solved by optimizing the "update checks" which of course are necessary for the gameplay. 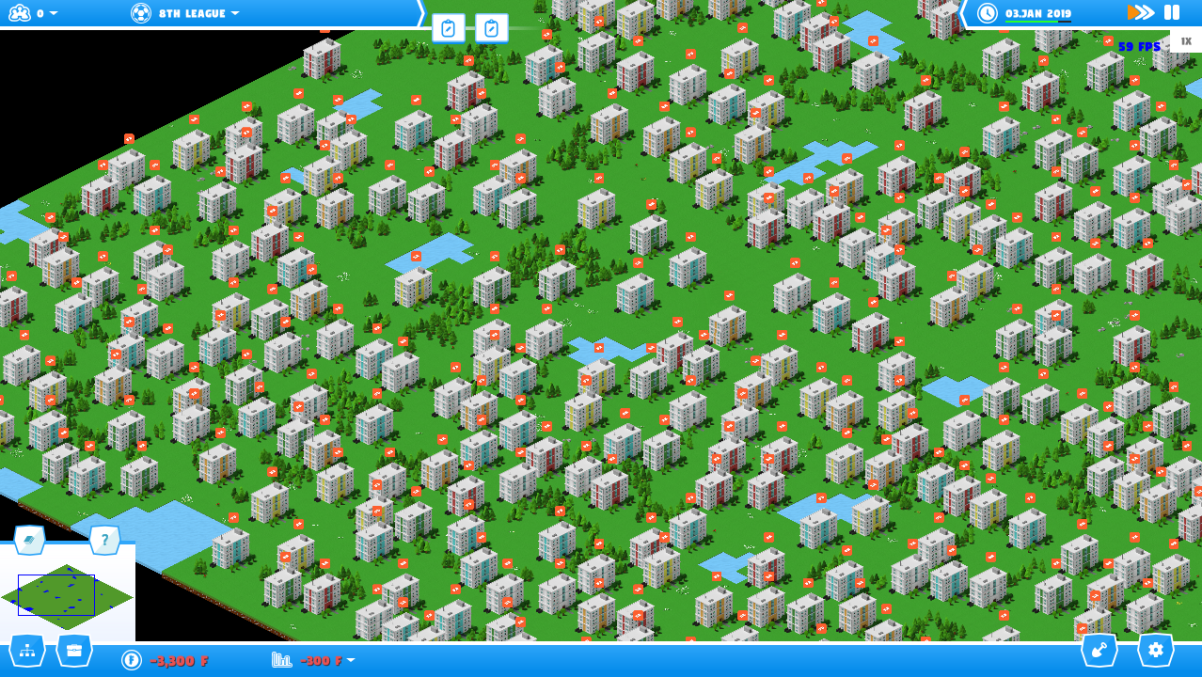 For example an apartment building needs to check if new people should move in, if the house should be upgradable, if all needs are fulfilled etc.

Besides the already mentioned YouTube channel (where I designed a new banner) I also joined some new social media platforms. Not all of them can be revealed but I can tell you that Yheeky Games is now also on Instagram. If you would like to get the latest screenshots and videos, you can follow over there.

Ok that's it for today. Have a nice week!
Cheers, Christian

Good job. Wish you success with your game. Keep working!!!