Patch 5.3 is the long awaited, and slaved over, patch that finally addresses a multitude of issues with maps, weapons, and most of all SOFT WORLD BOUNDARIES [hint hint hint].

Feedback and bug reports can be addressed in THIS TOPIC.

Patch 5.3 is the long awaited, and slaved over, patch that finally addresses a multitude of issues with maps, weapons, and most of all SOFT WORLD BOUNDARIES [hint hint hint].

More importantly, patch 5.3 finally integrates the sole mutator that put myself in the spotlight to even go team dev: Commanders. A multitude of issues with Renegade (both old and new) generally stemmed from uncoordinated teams, and lack of a good way to bring plans to central focus without just constant chat spamming in all caps. Sure, you'll never get 100% participation in an online game, but being able to vote one man in, to lead and properly channel all information through, does wonders to bring a swarm of misguided men and women together in an epic display of raw, coordinated power.

It may also help to know that commanders have been upgraded significantly since their infant stages as part of a mere mutator years ago. They still maintain their glorious ability to talk amidst the center of your screen, and mark targets for all to see, but they now bring to the table some greatly needed abilities to make commanders less of a novelty, and more of a true boon to teams. From instantly clearing mines in dead buildings, to stopping that monster truck we all call a harvester, commanders are quite the utility for any competitive GDI or Nod team. Dropping cruise missiles and EMPs does little to dampen that reputation as well.

Of course, commanders are far from all we've been up to for 5.3. Due to some phenomenal feedback from the community, the SBH's Laser rifle has been edited to have a usable scope finally! 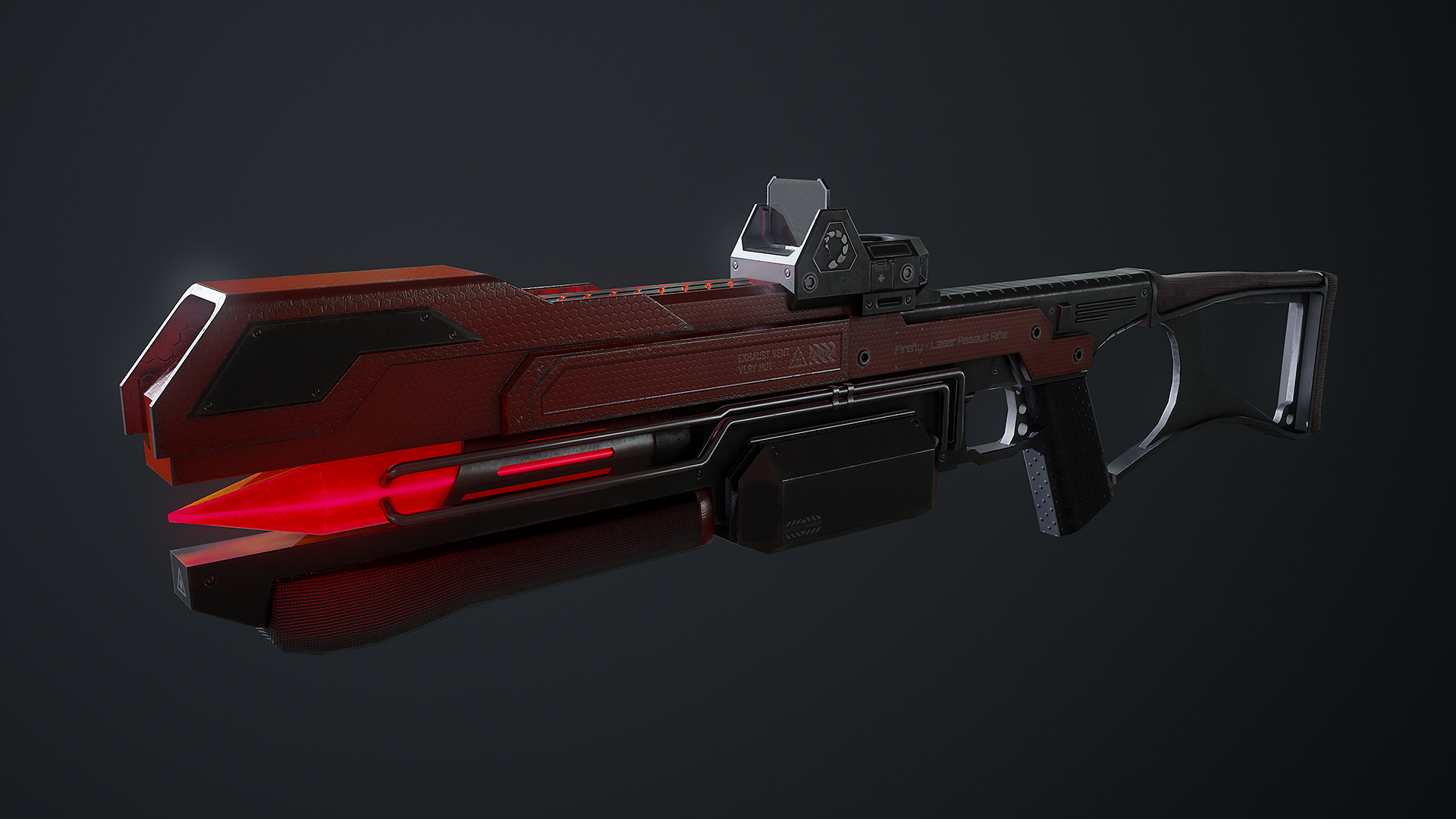 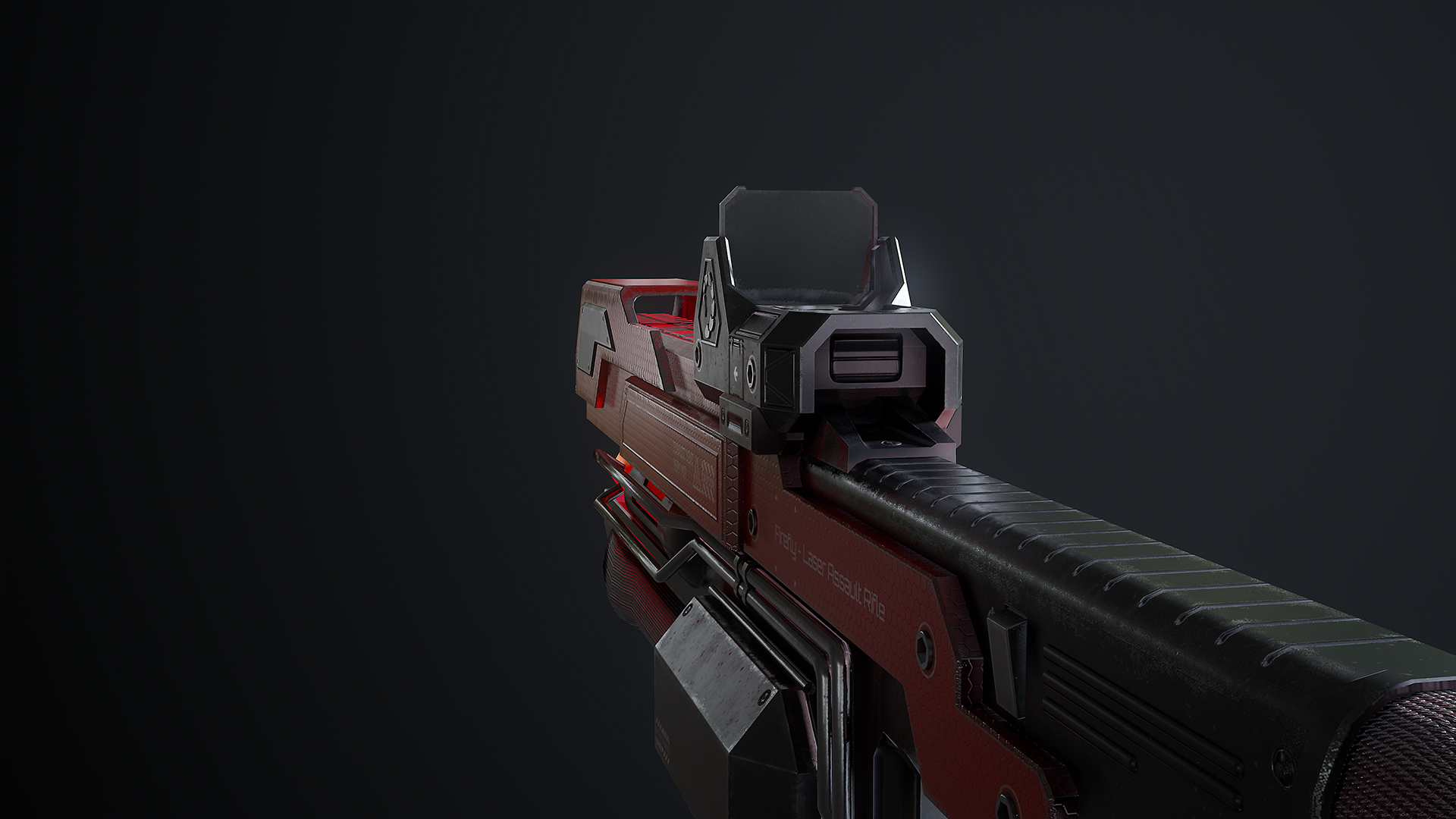 Another addition to the game is the introduction of classic vehicles. We would classify these as any of the vehicles from Tiberian Dawn that were not used in Renegade. So far there is only one, but my is she a beautiful specimen to behold.

The M2 Bradley will be featured in the newly added 'Classic Vehicle' crate, and sports the designation of Light Tank in-game. 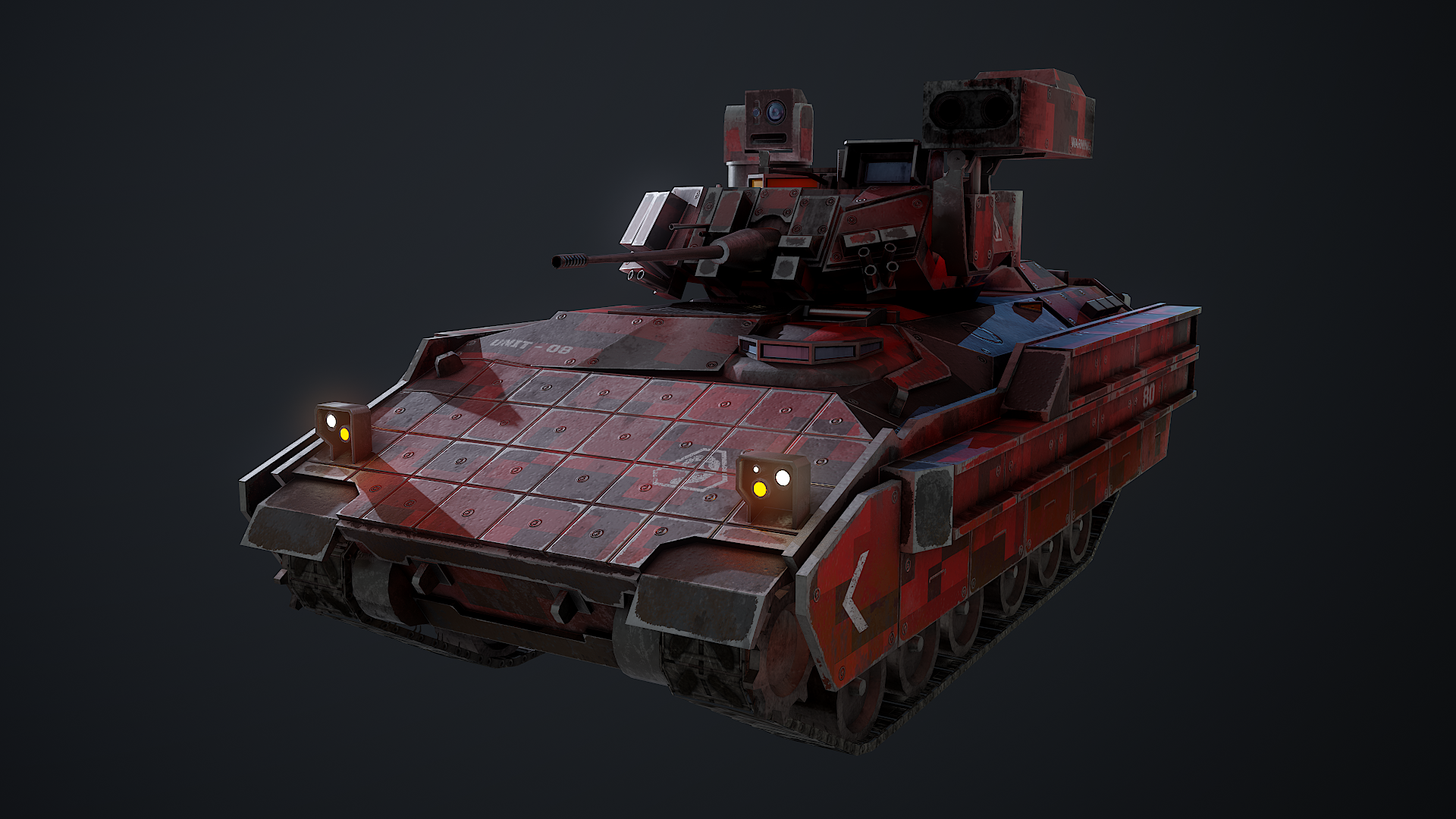 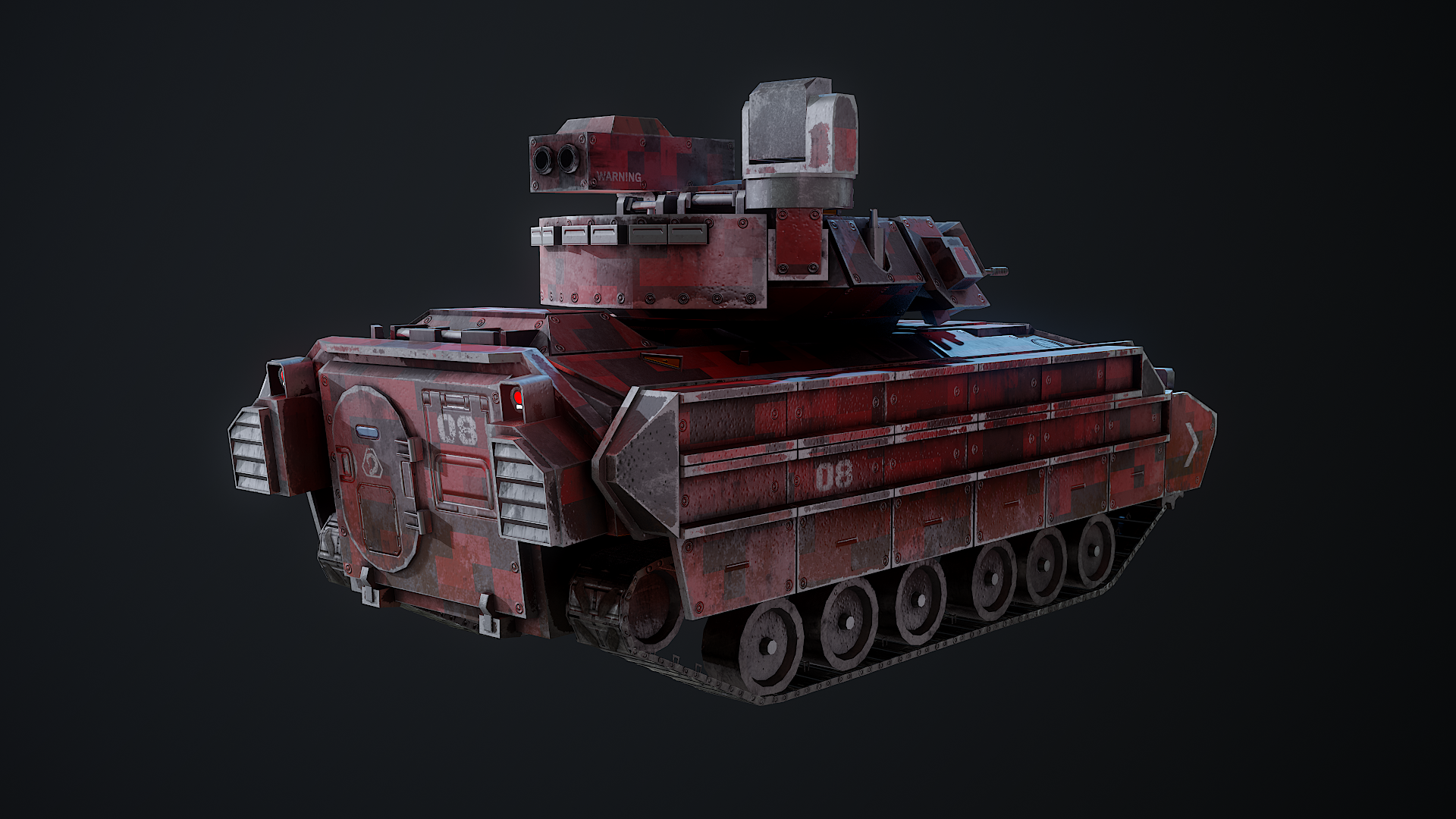 A number of maps have also been added to the base game to facilitate a multitude of play styles and player counts.

Back by popular demand, the original Field has been re-added into the map rotation, with its big brother now being coined 'Field-X'. It also finally gave us an excuse to have a day version of Field once more. 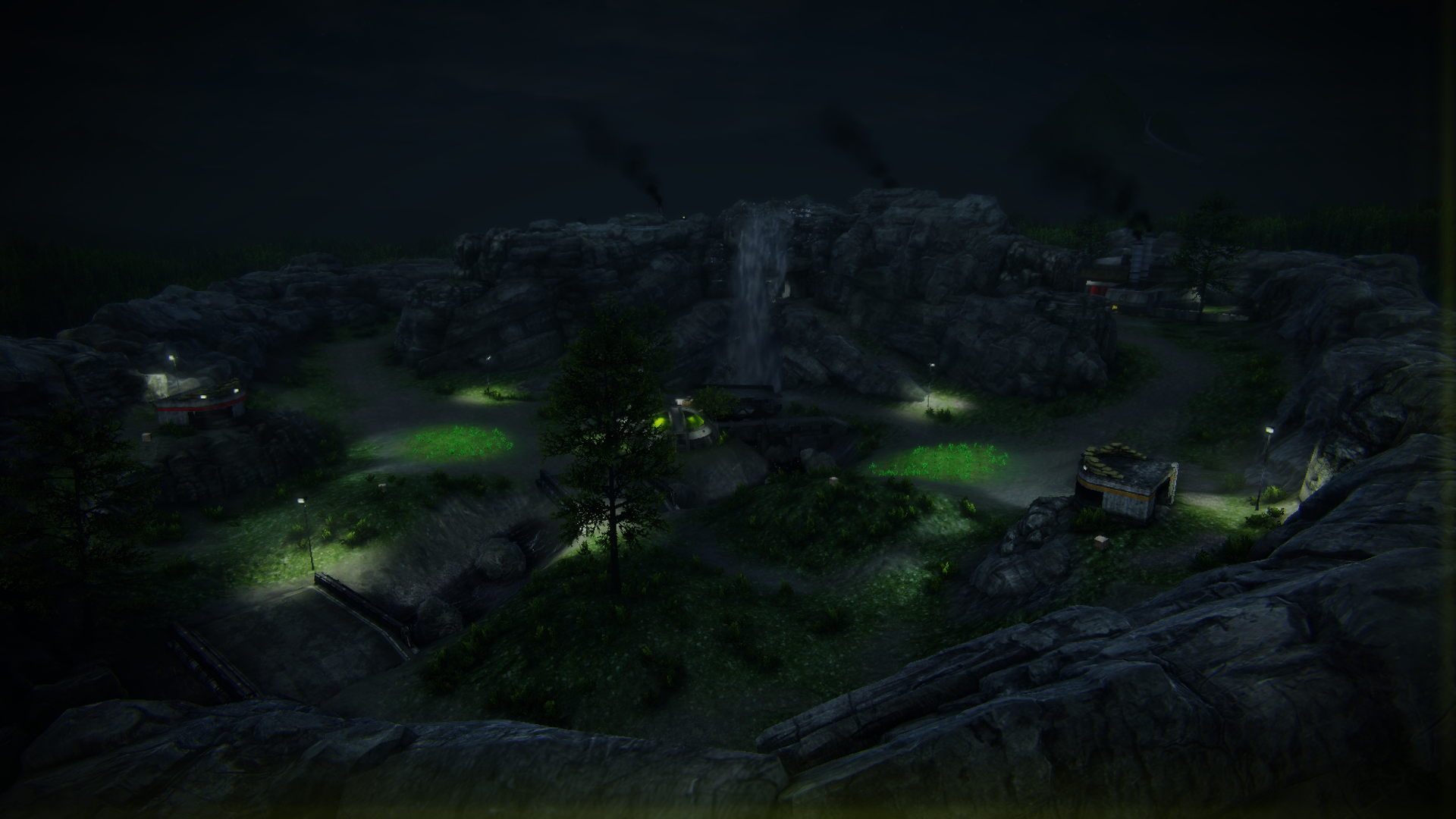 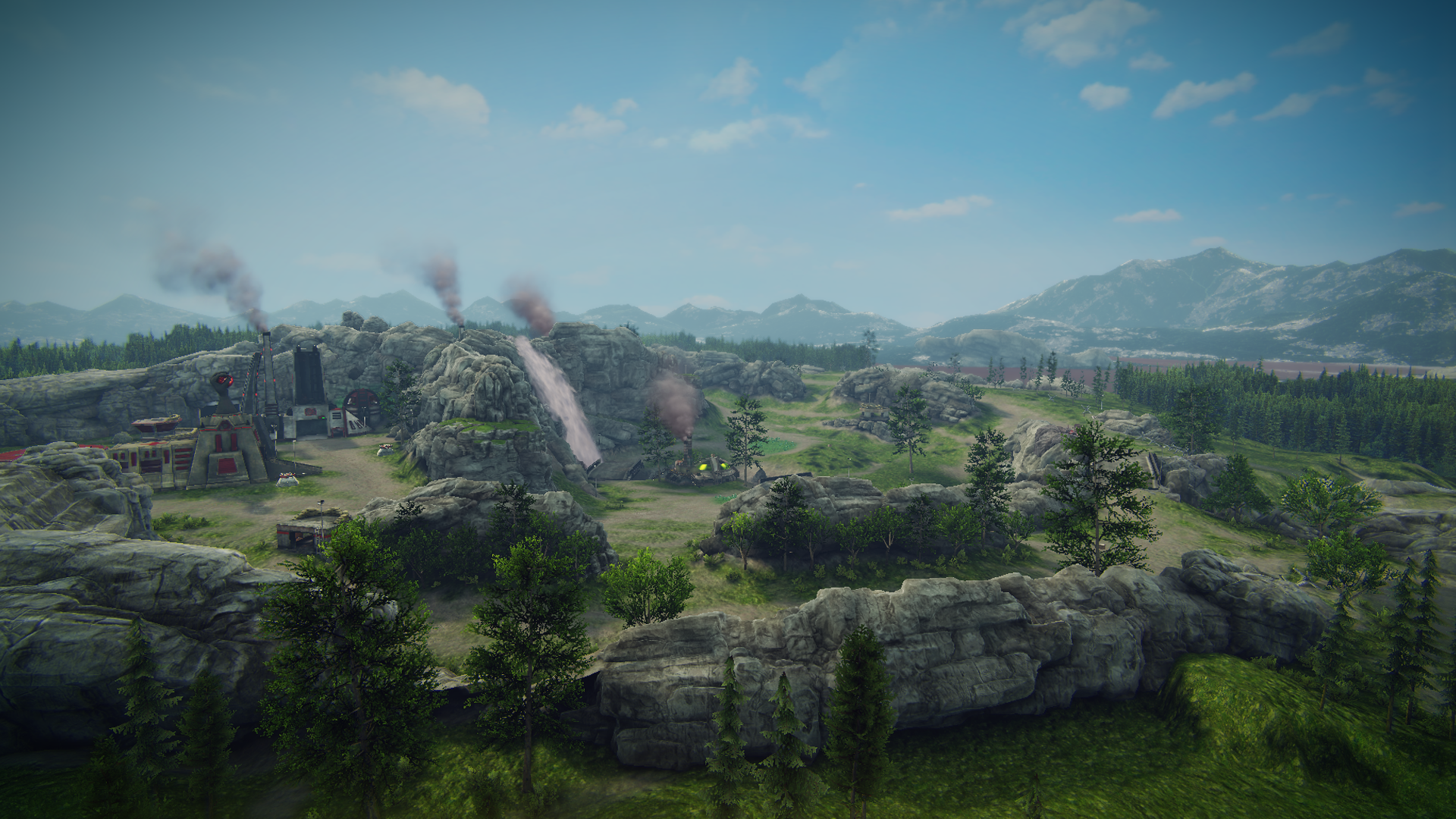 CnC-Eyes was edited by community member @DaKuja with a number of bug fixes and map improvements. 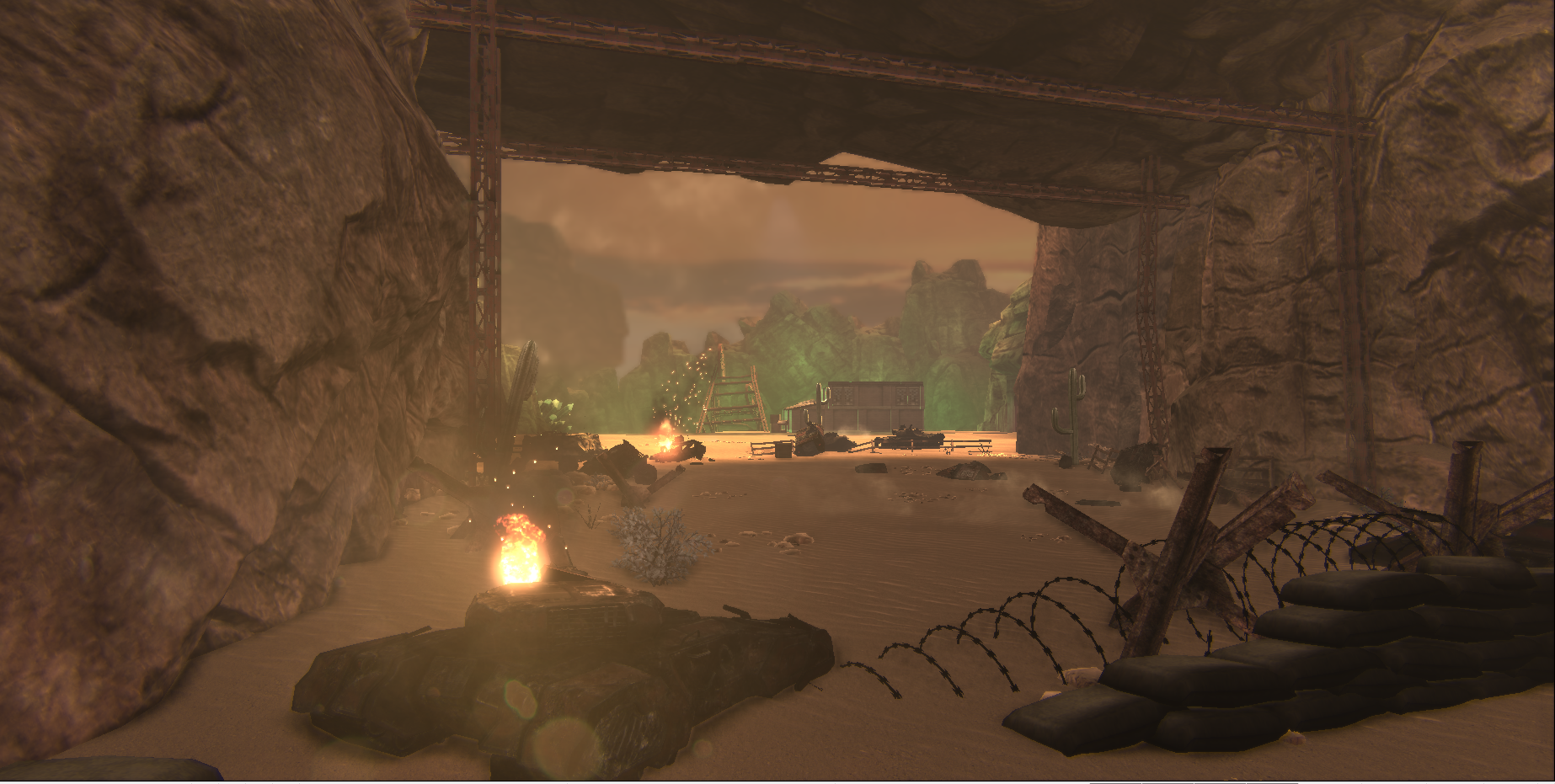 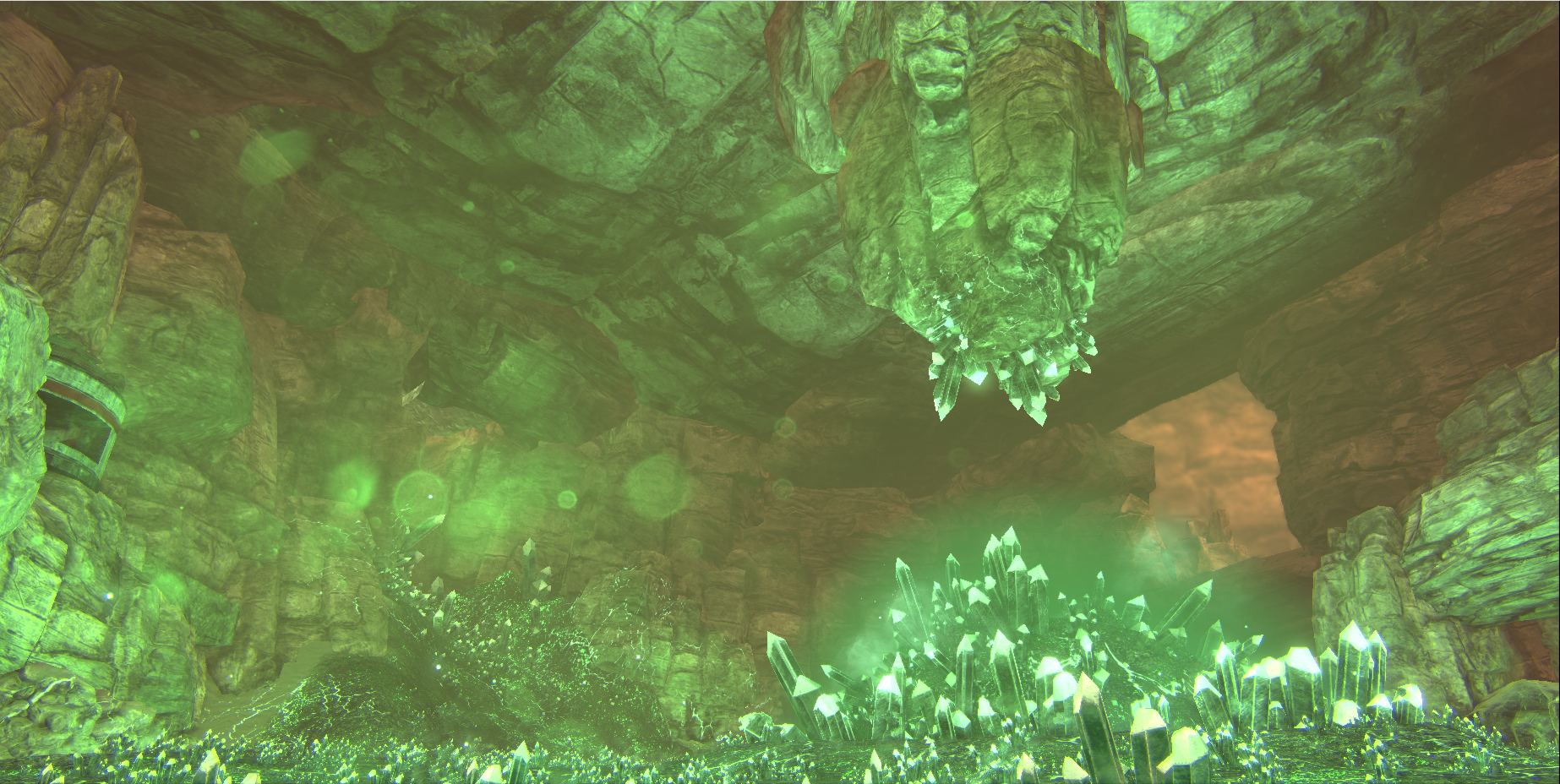 Community member, and AGN member @Sarah! has also contributed more toward the Honda Civics of Ren-X with CnC-Sunrise. That being, it is a map without a ridiculous amount of flair, but is fun and balanced to play on. Think of de_dust from Counter Strike. 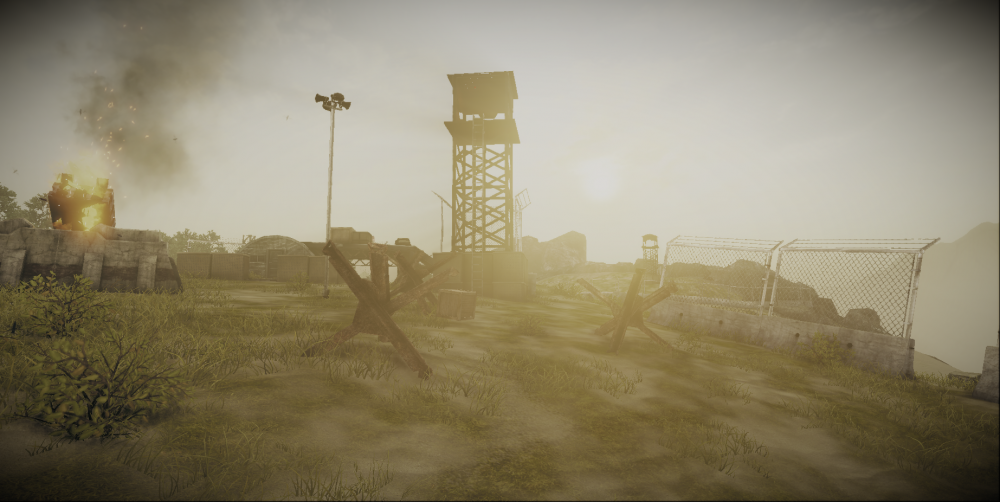 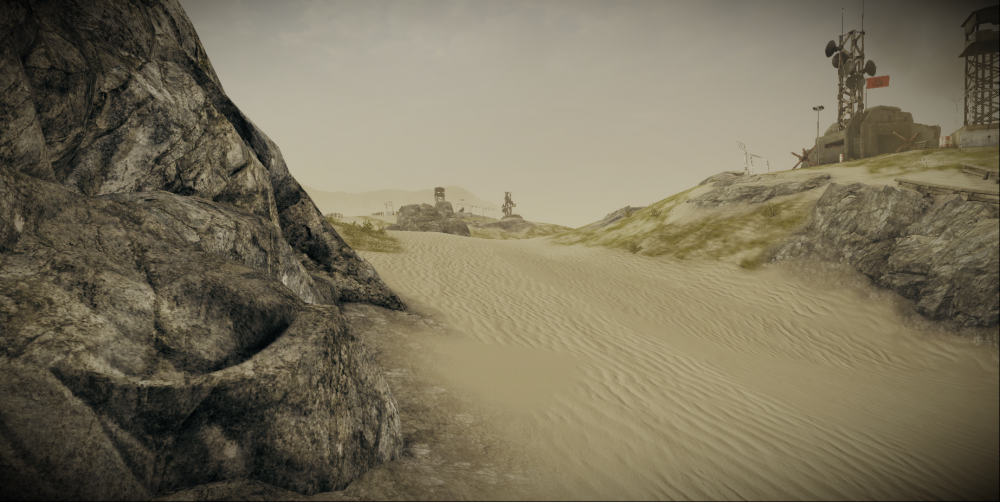 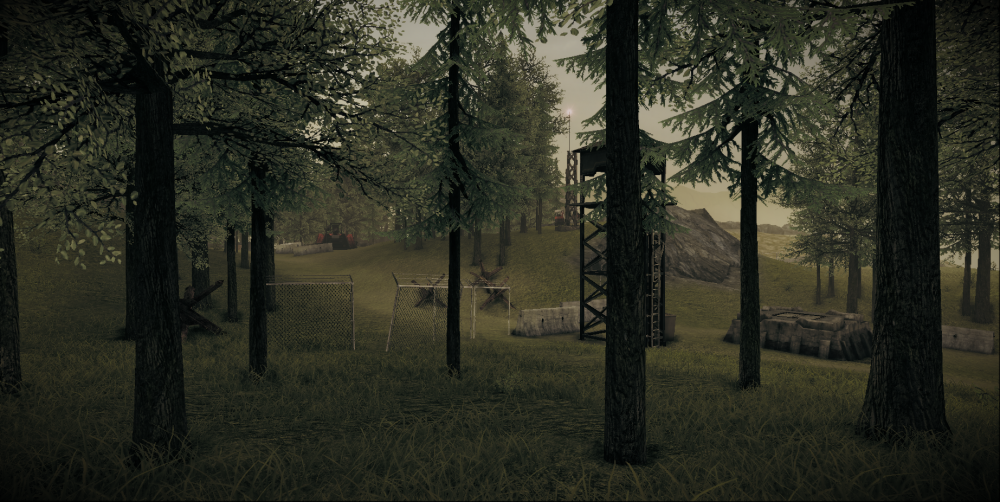 Before he disappeared, community member @Redline contributed a nice little map by the name of CnC-Cliffside, though the project was later picked up and edited to proper playable standards by @Luhrian. As one of the few maps that still use advanced base defenses, it is sure to stand out. 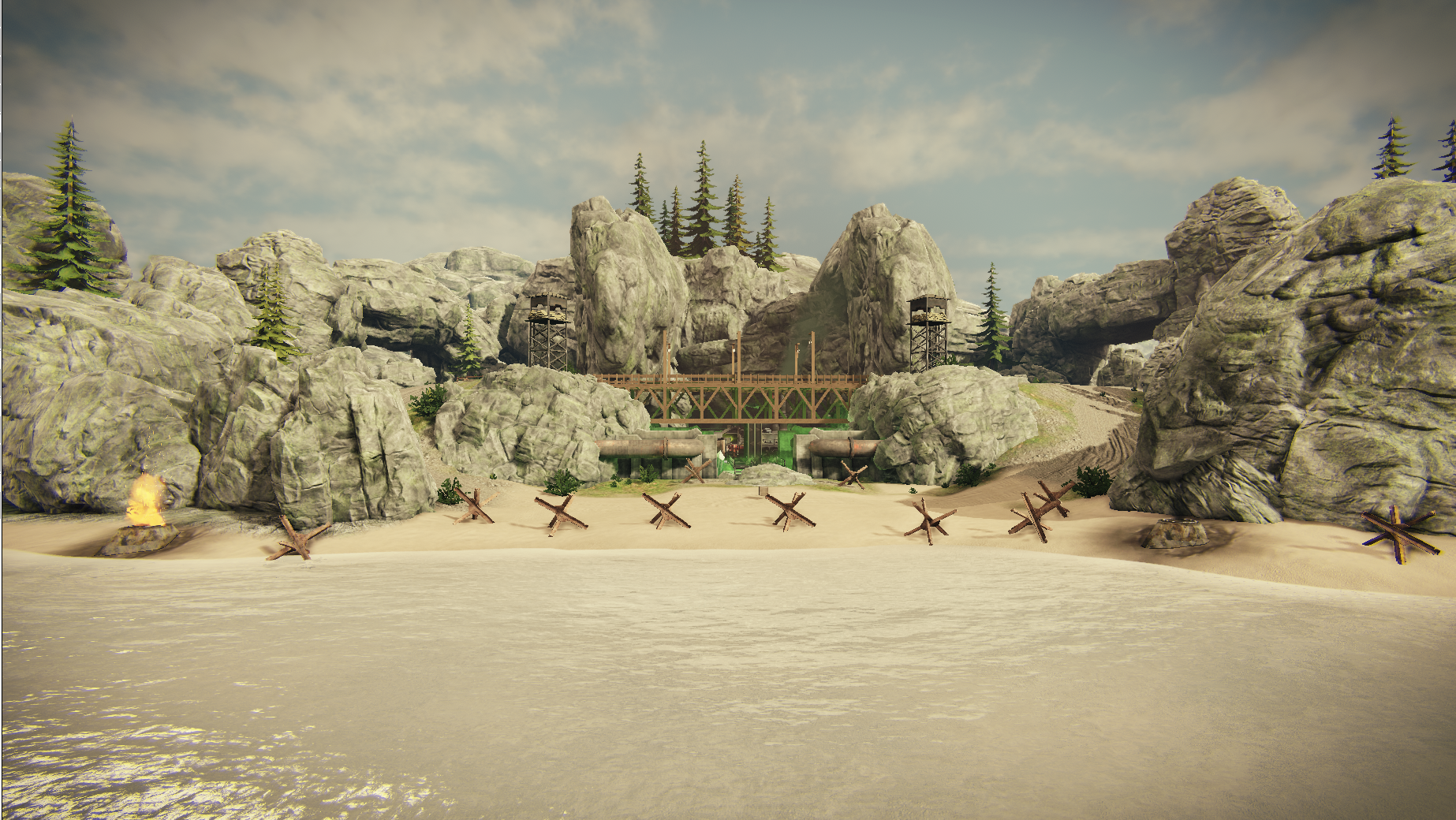 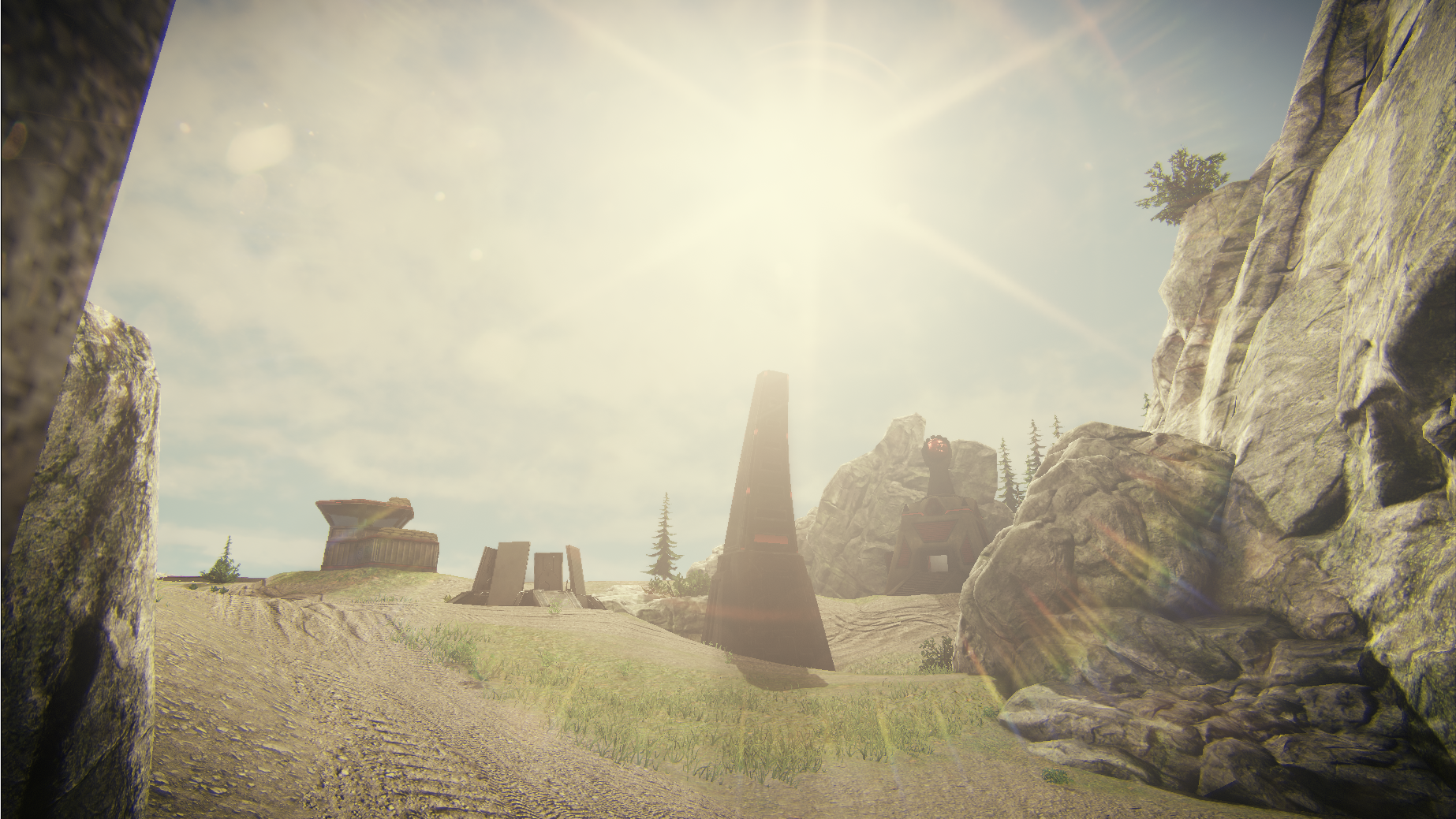 Due to popular demand, CnC-Valley and CnC-Glasses are both properly removed from the base game.

+Added buffs/nerfs, along with overlays that apply to a player's infantry and vehicles

+ Spotted Targets by Commanders are visible to the entire team, and numbered.

+ Servers can set for Commanders to remain static (E.G for PUGs/Competitive games with static teams)

+ Commanders have access to a command menu via Ctrl+C

+ 5. Commander Help (Contains more or less everything you need to know about commanding)

+ Added CRATE: Speed Crate (No longer stacks, and only lasts for 5 minutes, but is +15% AND affects vehicle sprinting)

+ You now accrue a small bit of VP for vehicle damage, on top of assists/kills

- Grenade Launcher: Is now an actual weapon ability, as opposed to tacked on to the rifle

- Increased veterancy speed increases from none to 5/10/15%

- More stable when driving, and can now turn without swerving out of control

+ 'Kick' menu on the quick interface now uses pages, and lists players as opposed to forcing you to type in an ID

+ Maximum allowed players on servers upped from 40 to 64

+ Removed the vote cooldowns in Skirmish

+ Going into ironsight while sprinting now works (and stops the sprint)

+ Already equipped items are now greyed out on the purchase menu.

+ When trying to plant a beacon in an invalid location the "Planting Beacon failed: This location is invalid!" message now lets you know immediately (as opposed to after the planting animation as it was untill now)

- EMP's now pause both the timer and animation of Harvester dumping and harvesting.

+ The LCG should no longer instantly fire after spinning and reloading

+ Fixed Artillery fans not lining up with the actual chassis

+ Ragdolls are a little less raggedy

+ Fixed only changing one muzzle flash on the Mammoth's Cannons

+ PIC/Rav no longer do more damage to NONE armour types

+ Smoothed out the credit ticker during Harvester dumps in netplay

+ Fixed a memory leak with weapons

+ Beacons should no longer slide down slopes

+ Beacons should no longer glitch into the foundation of buildings

+ Fixed beacons being placed inside of turrets

+ Fixed a multitude of issues with mines clipping into meshes

+ Fixed the respawn timer being reset upon rejoining, and not being correct when 1st joining a game

+ Fixed vehicles not getting their Mesh Morph repaired during VP healing

+ Fixed a bug with harvesters getting EMP'd when docking and then getting stuck.

+ Fixed mines sometimes being placed slightly away from the planters location

+ Fixed SBHs not re-stealthing after regenerating via VP

+ You can no longer plant beacons/mines while swimming

- Removed GDI WF and Nod's HON walls, as not to cramp the base

Islands:
- Fixed out of bounds and under map glich spot
- Fixed base to base spot in GDI base
- Updated landscape material

Lakeside:
- Orcas can no longer shoot at the Nod Ref from the infantry side or ledge side

- Fixed Chems/Vehicles being able to sit in the tiberium on top of 'inaccessible' cliffs.

Reservoir:
- GDI back Guard Tower is easier to reach for Nod
- Culling on building interiors

- Barracks sandbags harder to jump over

Tunnels:
- Sniper perches have most of their cover removed
- One tree removed at the front of each base so it's easier to spot & kill snipers aiming into the base
- Giant rocks added on each side of the field to give snipers less sight on everything
- Nod can now enter their secret tunnel from their base
- A lot less cover from the GT when you're at the secret tunnel exit
- GDI now has a secret tunnel too, the GT covers this entrance well
- Lowered the infantry only perch between the two rocks (the ones directly in front of the bases)
- Landscape Material Simplified & Optimized a bit.

Oh. Well this was quite a surprise to see this being updated.

Very nice! Thank you for spending the time to add more maps and fixes!

Ow yes, need to get back into this!

Massive update! Thanks guys - really good news to see such a recent update! You need to get this out so people know?!

Downloaded , now how do I launch a single mission or a single company if available in this mods for 6 GB available !?