Hello, everyone! It's time for another dev update, and is there much to cover! So much so, that we can't fit everything into one update. Progress has steamed ahead and each testing session has become more interesting than the last! With so much content being divided into equal parts, expect several updates as we catch up on our reveals!

Hello, everyone! It's time for another dev update, and is there much to cover! So much so, that we can't fit everything into one update. Progress has steamed ahead and each testing session has become more interesting than the last! With so much content being divided into equal parts, expect several updates as we catch up on our reveals!

A wonderful feature we are proud to introduce into AR, bots now populate the maps and fight the good fight!

Upon the start of each match, AI offensive modules and AI defensive modules are loaded in. Speaking generally, bots that attack and defend join the battle, meaning that players can play the game against the AI! Offensive bots immediately move out to engage and attack the enemy forces. Defensive bots, on the other hand, will remain at base to protect against trespassers.

The offensive bots forces comprises your team's ground arsenal, from infantry to tanks. Infantry AI will support friendly tanks and engage enemy infantry. Additionally, they will infiltrate enemy buildings, and will even attack weakpoints within the enemy base! If the unit is armed with C4, they will stick it onto major weakpoints. A little C4 knocking at your door!
Tank AI will prioritise enemy armour first before engaging enemy infantry. If properly supported by friendlies, they may even bring down a base defense or two, and then move on to shoot base buildings! 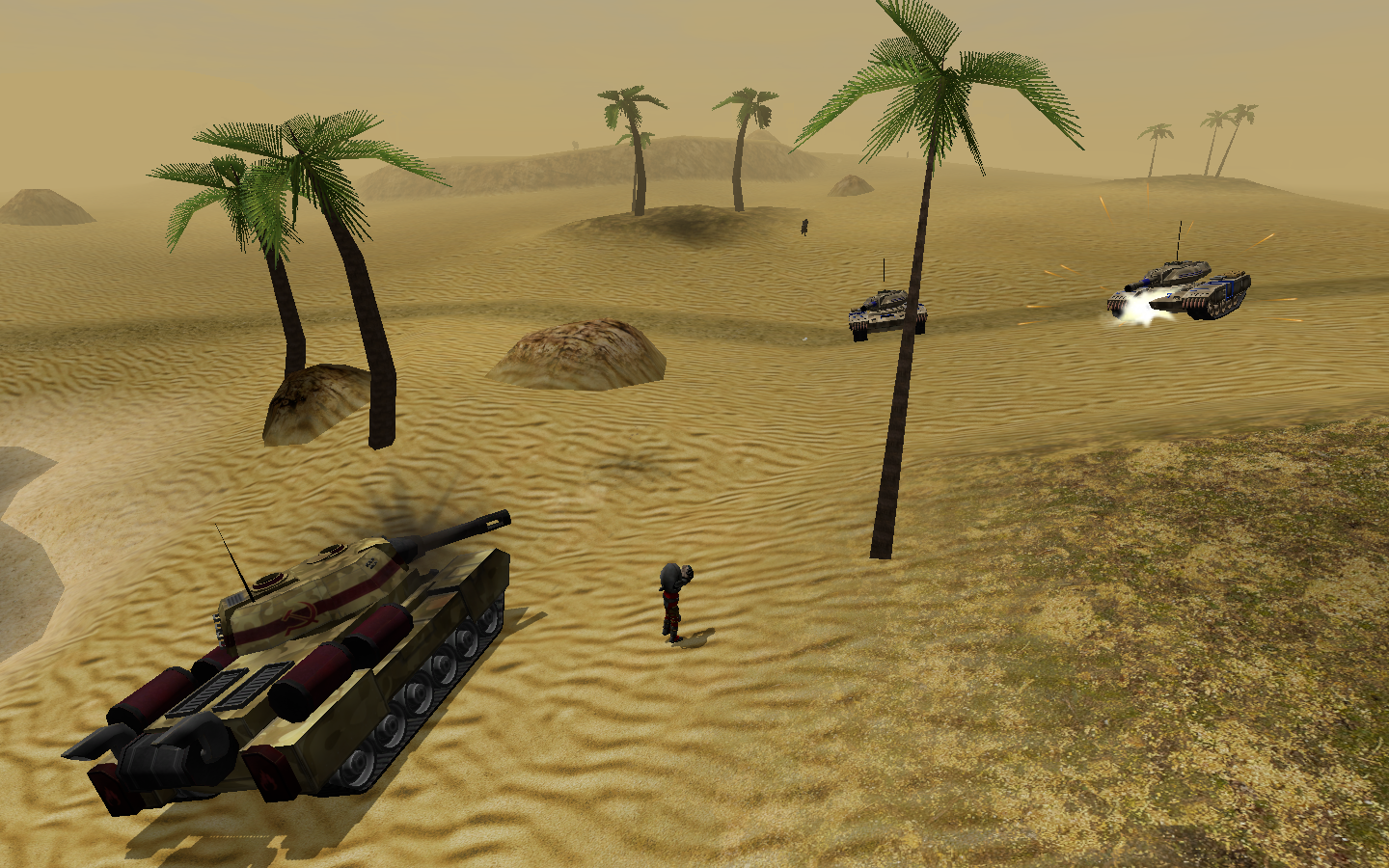 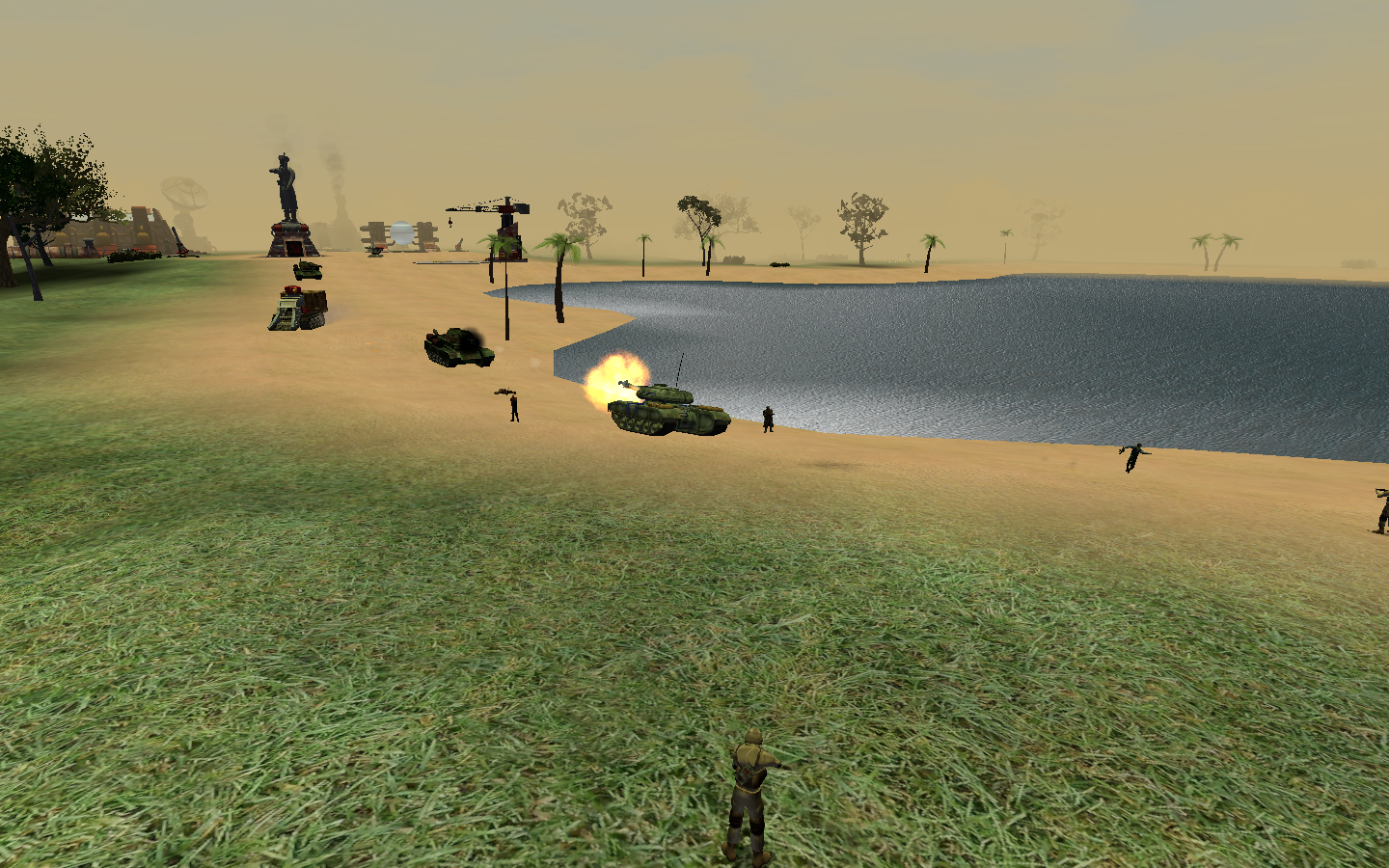 The defensive bots forces comprises of basic infantry and engineers. Infantry will be stationed around the base and inside friendly buildings to ward off enemy advances, as well as chasing and killing enemy units that enter the buildings themselves. Engineers will be positioned at Repair Nodes to repair any damages caused to the base, but will leave the building they spawned at to run to other buildings when repair duty or C4 disarming tasks call. Naturally when attacking the enemy base, it would be viable to send soldiers inside to wipe out the repairing personnel. 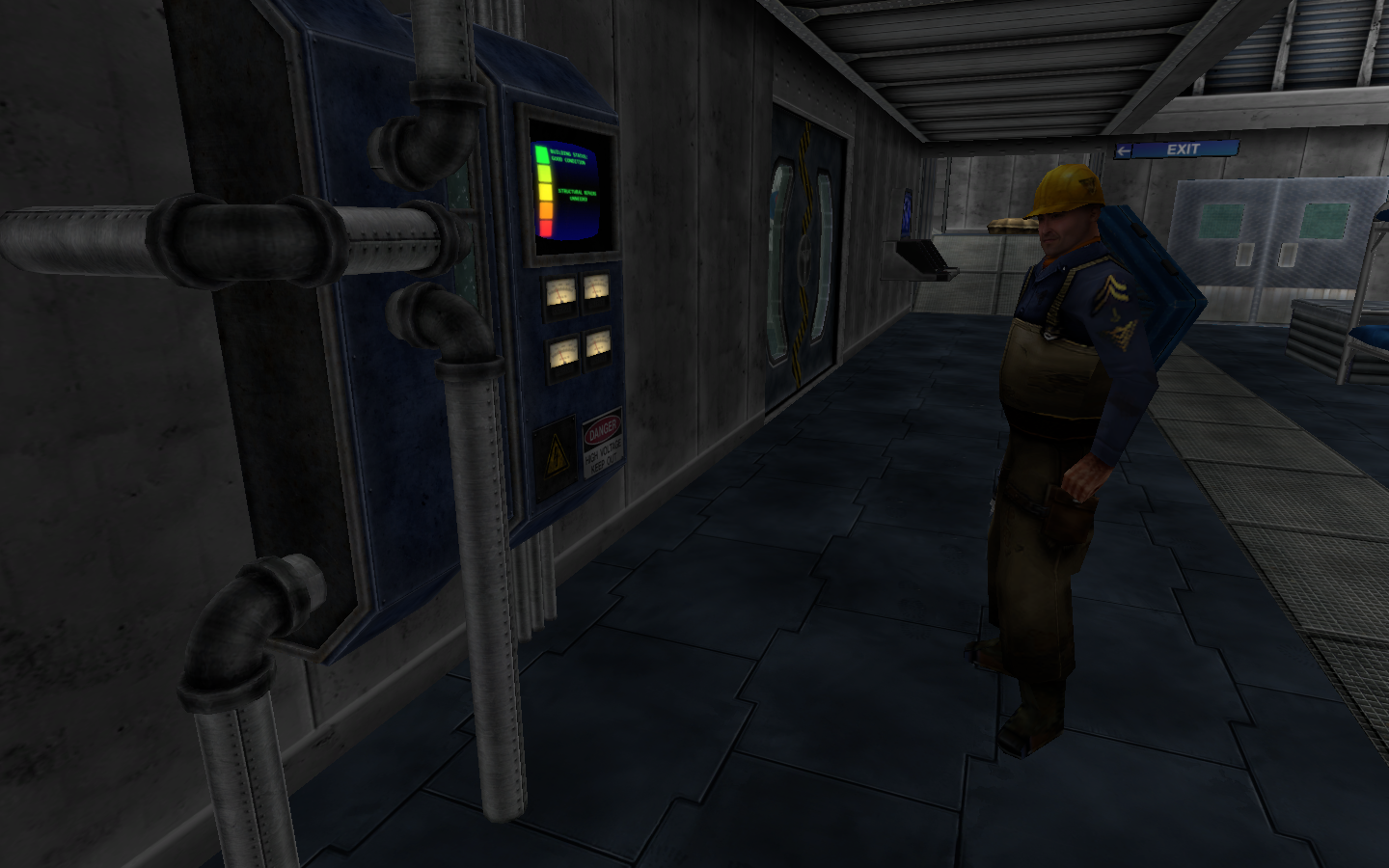 Defensive AI Engineer standing by for repairs as needed.

Bots are removed/added to the game dynamically depending on the playercount (if enough players are ingame, all the bots are gone). This ensures the game is always full of action, even if there are only a few players online.

A lot of time has been spent on this new feature by moonsense715 that makes bots able to play classic C&C mode. In short, the AI learned how to destroy and repair bases. moonsense715 will continue working on improving both the offline and online gaming experience in AR by making bots smarter. 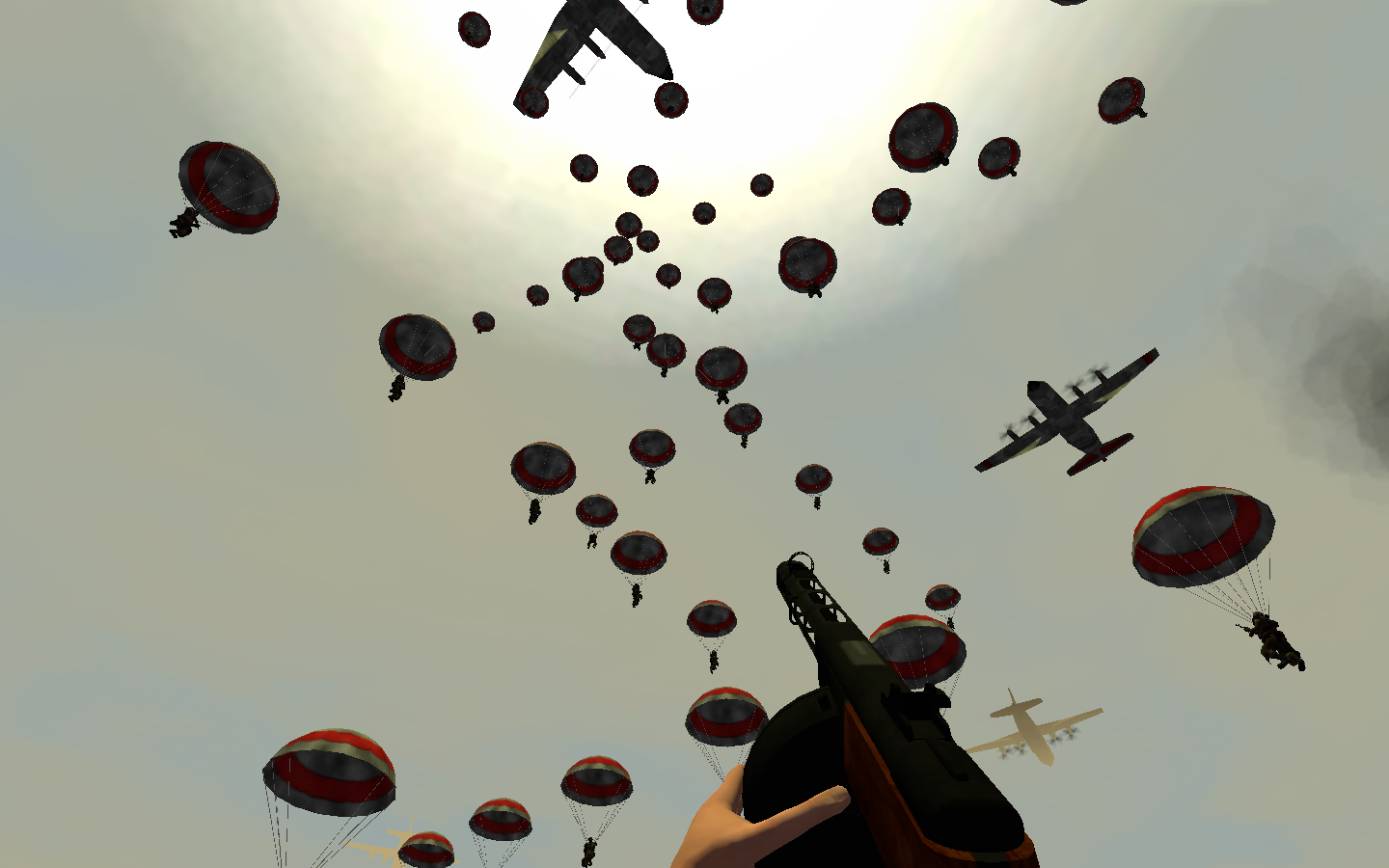 Attack Dogs have made it ingame, and are purchasable from the Barracks. Both teams have their respective canine companions; the Soviets with the Siberian Husky and the Allies with the German Shepherd. An effective anti-infantry unit, Attack Dogs introduce a new element to close-quarters combat. Consider biting enemy infantry while inside a building! 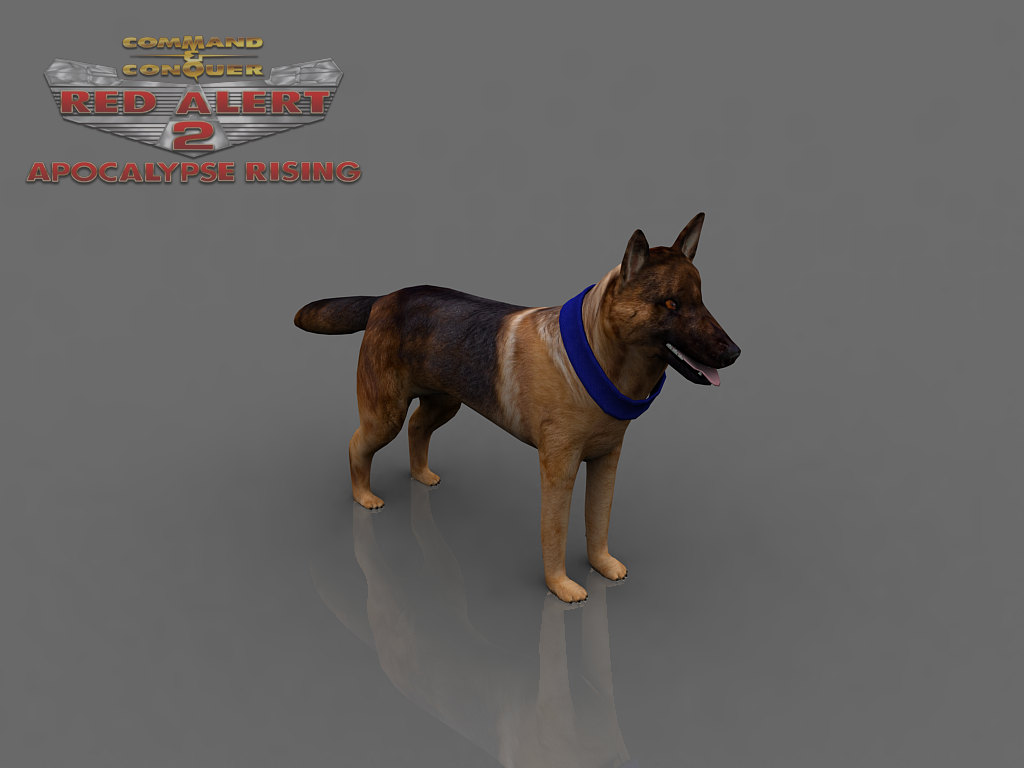 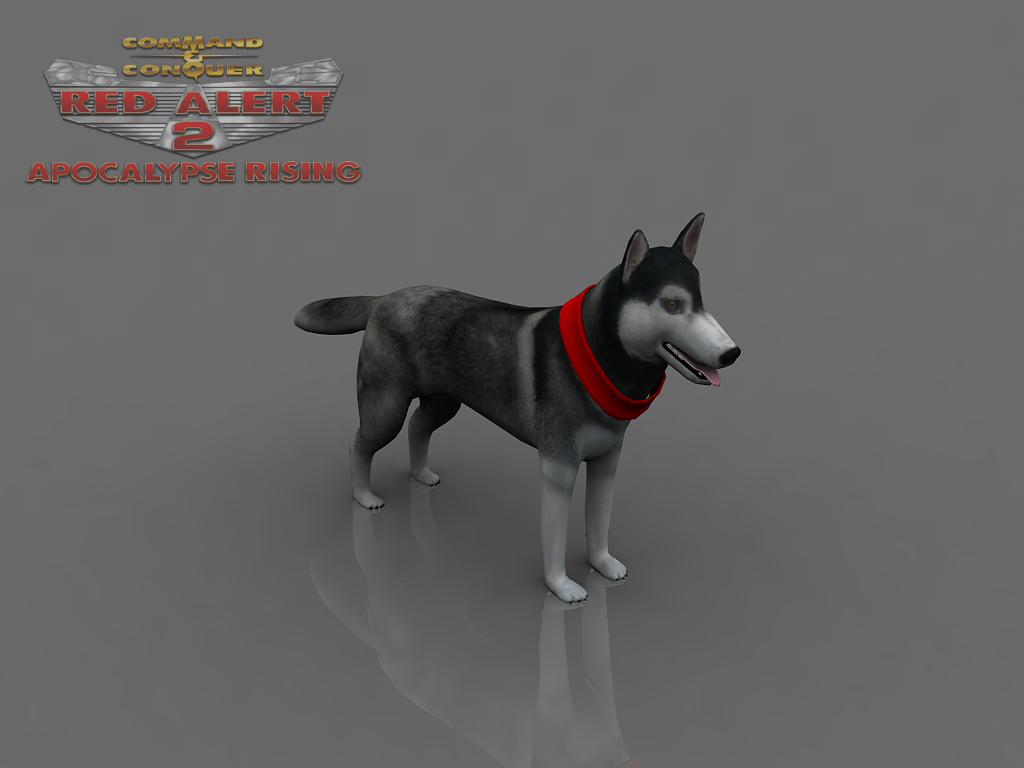 Always with an affinity for subterfuge, the Allies again employ the use of Spies in the Third World War against the Soviet Union. Armed with his quick wits, a silenced Walther PPK, and a Disguise Kit, the Spy seeks to obtain intelligence and sow confusion among the enemy forces. 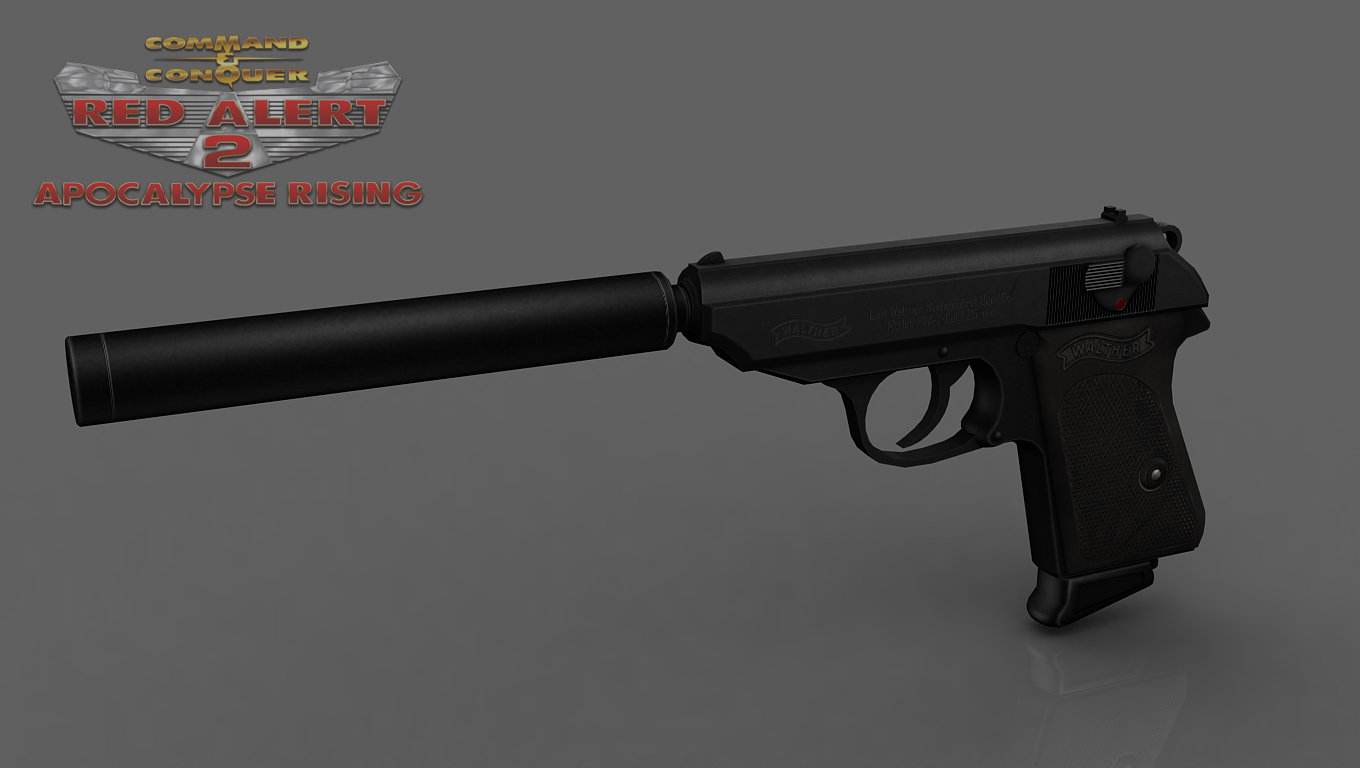 The Allied Spy's sidearm, the Walther PPK. Model by Romanov.

With spotting scope in hand, a Spy may find an enemy infantry (or a driver of an enemy vehicle) to disguise as from a relatively safe distance. Once disguised, the Spy may then bypass enemy base defenses without worry. Moments later, the Soviet base finds itself without power! Fancy that!

Secondly, with the same disguise ability, he can act as a decoy unit by targeting teammates. Imagine the soviets seeing 2 Tanyas approaching their base, but they don't know which one is the real threat!

For base infiltration, the Spy has a slowly respawning hacking device at his disposal. This ensures that the Spy cannot sprint from building to building shutting everything down. The mindful Spy will keep note of the cooldown timer of the hacking device, as well as soviet movements within their base while determining which building to infiltrate next.

Even with progress steaming ahead, we are always hiring new team members to speed up AR's release! If you believe that you can help us out, you are more than welcome to help!

For areas not listed, please let us know which other positions you wish to apply for. We appreciate help in all fields!

If you wish to contribute to this project and believe you have the skills, give us a shout! Visit us at our official forums and find One Winged Angel or moonsense715.

One Winged Angel: Work at Creative Assembly has been slowing down progress, but the G.I. should *finally* be in the game before the end of October. Also there is work to be done on vehicle cameras now that we have a multitude of new vehicles. Stay tuned for more updates.

moonsense715: MEGA amount of dev progress in August and September! Building interiors are done and tons of new units were added to the game core.

FRAYDO: Testing sessions have been crazy fun! If you haven't already applied to testership, what are you waiting for?!

Can the AI use air units?

Will we ever be able to play this game/mod?

Our latest testing sessions have shown to the team that the game is in a playable state and can be released soon.

However, in those same testing sessions, many balance issues have arisen and need to be resolved in order to provide the best gameplay experience.

If you would like to play the game in its current state, visit the W3D Hub forums and apply to become a tester! Your feedback would be greatly appreciated!

I will look into it.

Will the AI be for all your games, or just for Apocolypse Rising?

Currently, Apocalypse Rising is the only game to feature bots in all maps both multiplayer and singleplayer.

With the recent advances in AI logic, it becomes more possible to see this feature be included in A Path Beyond and Tiberian Sun: Reborn.

Sweet jesus, this.. changes everything, a feature I didn't think would be considered.... This, this is more amazing than any modern Triple A can produce, Also epic update, oh well I'm late but still I'm glad I finally caught on.