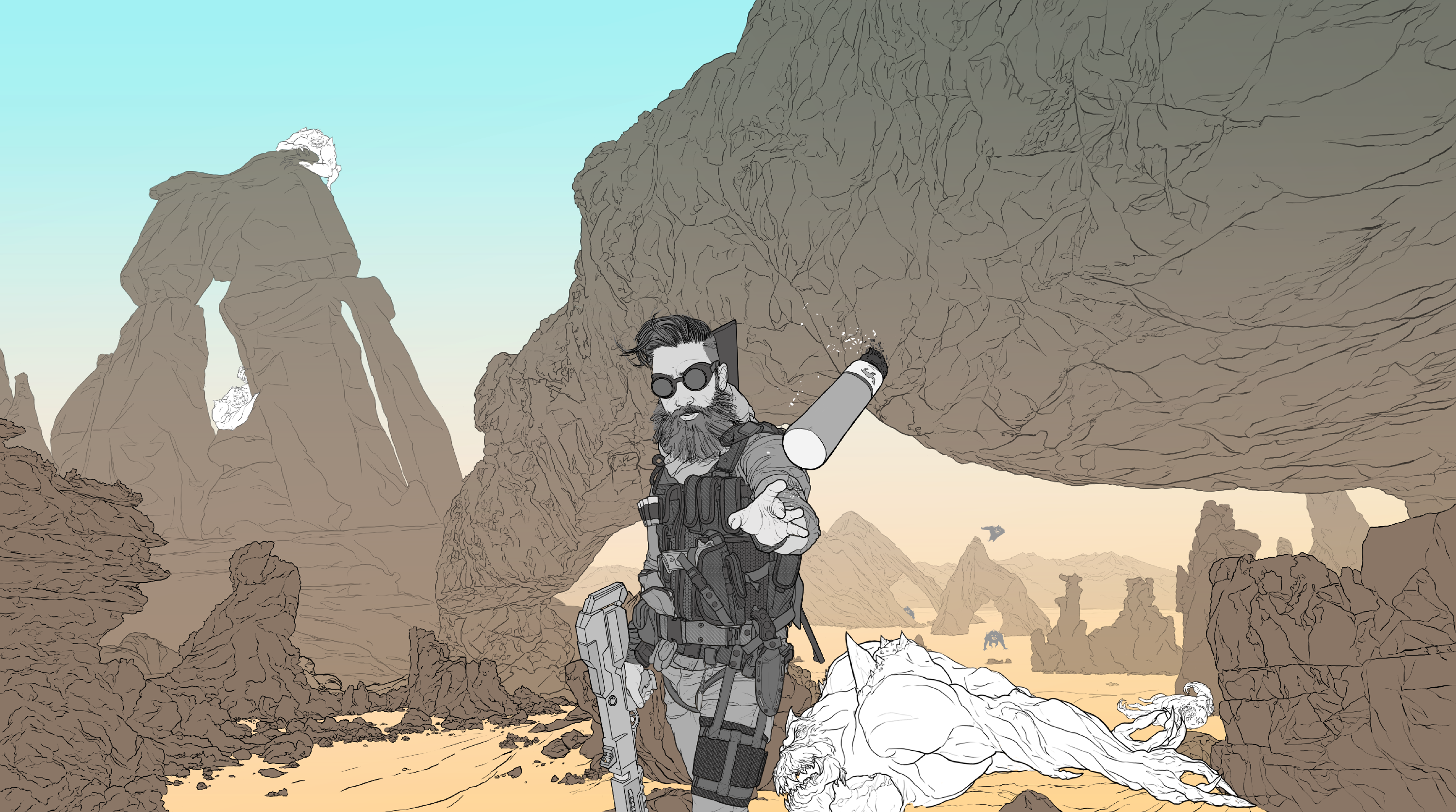 In the summer of 2019 a massive worldwide meteor shower covered the Earth hitting every major continent. The meteors did little damage but for the following two weeks the sky was covered in a thin haze. When the haze cleared a massive alien ship could be seen hovering over the Atlantic Ocean near the European coast. It was so large it could be seen for hundreds of miles just hovering there, motionless in the sky for 8 months. Never moving. Never making contact.

Finally in February 2020 it happened. They attacked.

The meteor shower turned out to be a ploy to get their ground troops in position around the world. The alien intruders struck swiftly and without mercy. Less than 1% of the population escaped the planet to a space station built in secret for such and occasion.

It is now 2025. With 5 long years waiting and over 90% of the population lost, we are finally able to mount an attack in an attempt to RECLAIM EARTH.

Hopefully you enjoy the game, any feedback is welcome!

If you do enjoy the game, feel free to follow @AnsityGames @ChaseBethea & @ManOverMars on Twitter for updates on the development of the game :)

Thanks for voting and helping Reclaim Earth on it's quest to become the 2021 Indie of the Year. You are now in with a chance to score some free games. Help this game secure more votes by embedding the widget (or link) we have included below on your favorite sites.

To promote Reclaim Earth and grow its popularity (top games), use the embed code provided on your homepage, blog, forums and elsewhere you desire. Or try our widget.

E.T. Armies is an action-packed, fast-paced, science-fiction first person shooter. The game takes place in a dystopian future in which Earth’s resources...

Eden Star is a dark, Sci-fi AAA+ take on the 'mine, create, survive' gameplay found in popular voxel-based creation games. The world of Pharus 7 boasts...

Gorescript takes place in a pixel universe dominated by relentless monsters out to erase you from existance. The game is a throwback to all the shooters...