Blast your way through hordes of spiders and ants in the campaign, or test your abilities in the field through the online multi-player mode. Tons of large maps inside huge areas of the Scientists house (who also created you, by the way); towns and cities made out of cardboard and Christmas lights, various rooms, and tons of outdoor environments. Suspended in a miniature virtual reality Rodent Army Training Simulator, these augmented Super Rat Soldiers (Eximius Rat Miles Militis) engage in maneuvers inside the very battlefield they will likely encounter, someone’s home. Split into two teams of opposing forces they engage in a game of cat and mouse as they race to complete their objectives, such as Capture the Cheese.

This is a quick screen-shot preview of the updated "MP_Hallway" map for the "Death Match" game mode. 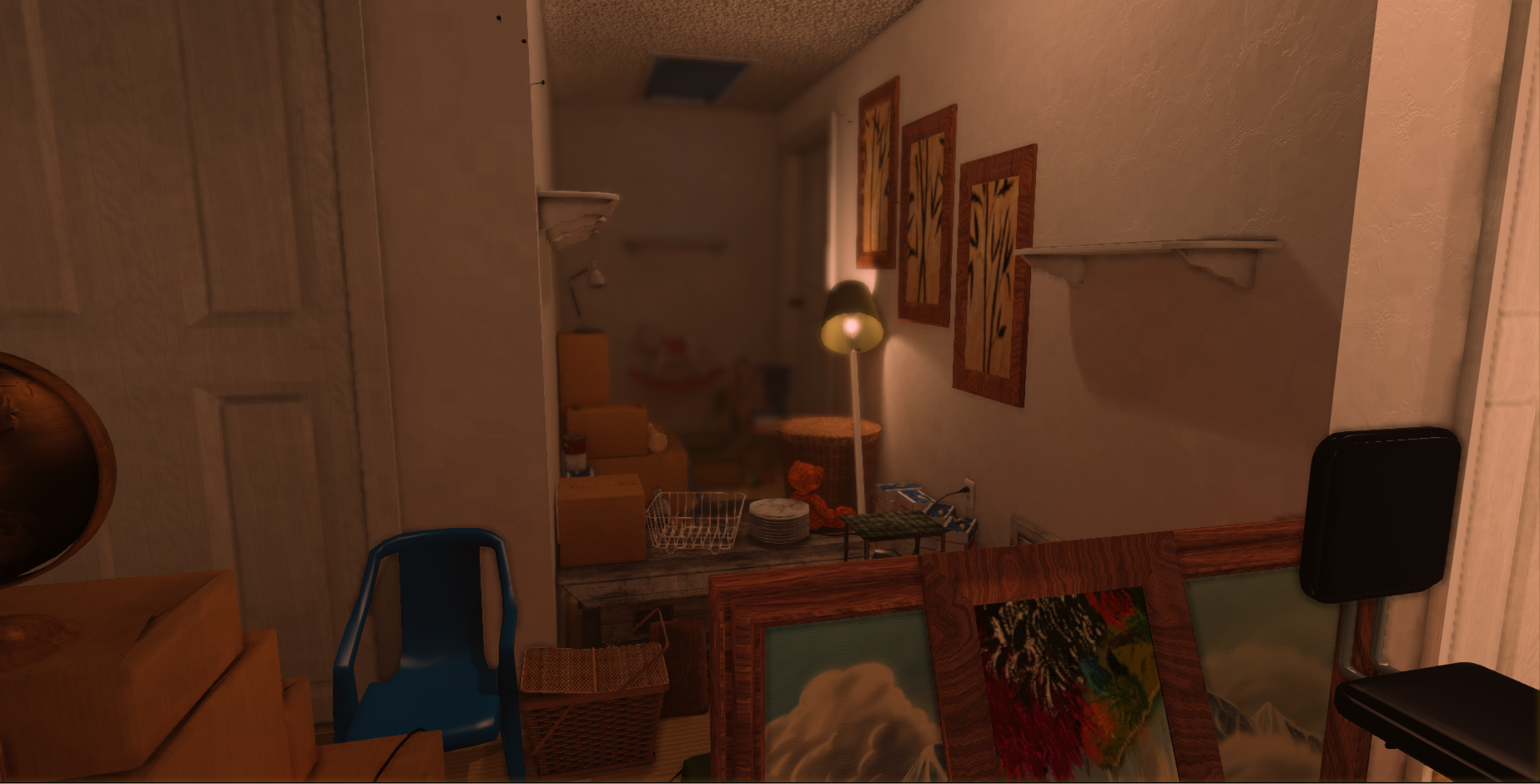 An update was also released for current testers. A list of those updates:

- Helmets now fly off on headshots. Pick them up for an xp gain!
- Fixed lighting in the hallway and added some more platforming.
- Fixed map swap and map vote to not crash with no input.
- Revamped the entire garage map.
- Added MP40 to the kill message icon.
- Added more health pickups.
- Added more spawn locations.
- Updated the spawn system to attempt to spawn you away from danger.
- Fixed shotgun abort reload bug.

Join our Steam group to join in the action!

During our initial public showcase to demonstrate game-play, mechanics, features, and to heighten awareness to gain willing participants for testing...

An explanation of the skill trees and playable classes in R.A.T.S.

Some fancy new gameplay footage for everyone to enjoy!

Invitation for YouTubers and Twitch Streamers!

Magic Stone Studios is inviting YouTube personalities and Twitch Streamers to join us in a multiplayer event Saturday, 30th August.