Rage Runner is a fast paced 3D runner that will challenge your memory and your reflexes. Blast through miles of trench in the H-C-S Penetrator (the ship that did the castle run in less than 2 parsecs!) as you avoid an onslaught of fast and furious obstacles. Missile, Shield, Super Brake and Super Thruster powerups will help lead you to "FREEEEEDOOOOMMMMMM!!1" and if you’re good enough, emblazon your initials on the high score server. Rage Runner also features a robust Level Editor that allows you to create and share levels with the community. Do you have what it takes? We have faith in you! System Requirements: CPU: Pentium®IV 1.5 GHz or Athlon® XP 1500+ processoror higher RAM: 512MB RAM GPU: Any recently modern GPU with at least 100 shader cores. Probably will not run on older integrated chips. OS: Microsoft® Windows® XP/Vista/7/8, Mac OS 10.X, Linux x86/x64 with working openGL drivers HDD: 245 MB uncompressed free hard disk space RECOMMENDED: Gamepad

We have updated the PC builds of Rage Runner with patch 1.4.0. With this update we welcome the Linux community to Rage Runner and are proud to stand tall on Windows, Mac and Linux. This update brings a host of new graphical features to the game, a diegetic UI and a handful of bugfixes.

Posted by hypercanestudios on Jan 22nd, 2014

The Greenlight Campaign for Rage Runner is officially live!

We have updated the video trailer for Rage Runner! Let us know what you think!

With this update we welcome the Linux community to Rage Runner and are proud to stand tall on Windows, Mac and Linux. This update brings a host of new graphical features to the game, a diegetic UI and a handful of bugfixes.

There were some game design choices in Rage Runner that we didn’t like. The way that powerups worked were quite limiting. In our levels, the player never had the option of developing a specific play-style, they either picked up and used the missile powerup or they perished.We decided to change this mechanic so that powerups are generic across all levels. You pick up a single powerup and it gives you a powerup module. You then use a powerup module to activate any one of your powerups. This allows players to be offensive, defensive, or something in-between. Also, mixing up different combinations allows you to unlock some previously un-explorable areas of levels.

We introduced a 4th powerup, Super Thrusters. Activating this gives you a forced 3-second afterburner that is 2x faster than the maximum thrust of the ship. This unlocks a huge potential for faster level times along with a very high risk/reward. It is pretty epicly fun!!

Our original UI was somewhere between uninspired and terrible. We represented the amount of fuel and which powerups you had with a slightly confusing honeycomb grid that blinked red for brakes and green for missiles...We took some inspiration from Dead Space and their awesome diegetic UI (an interface that is included in the game world and that can be seen by the actors in the game) and now we display fuel and powerups directly on the ship. 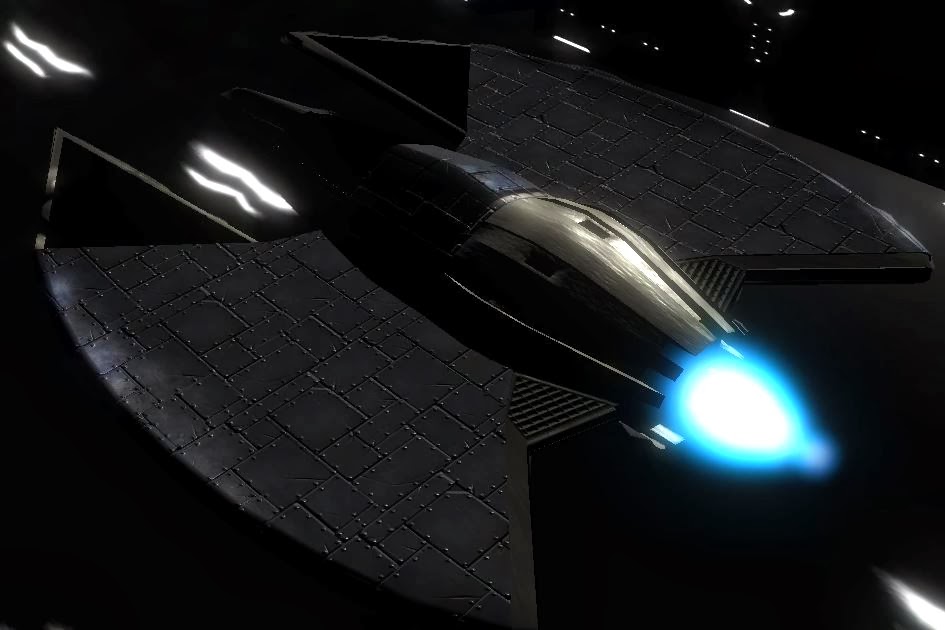 The ship with no afterburner fuel and no powerups 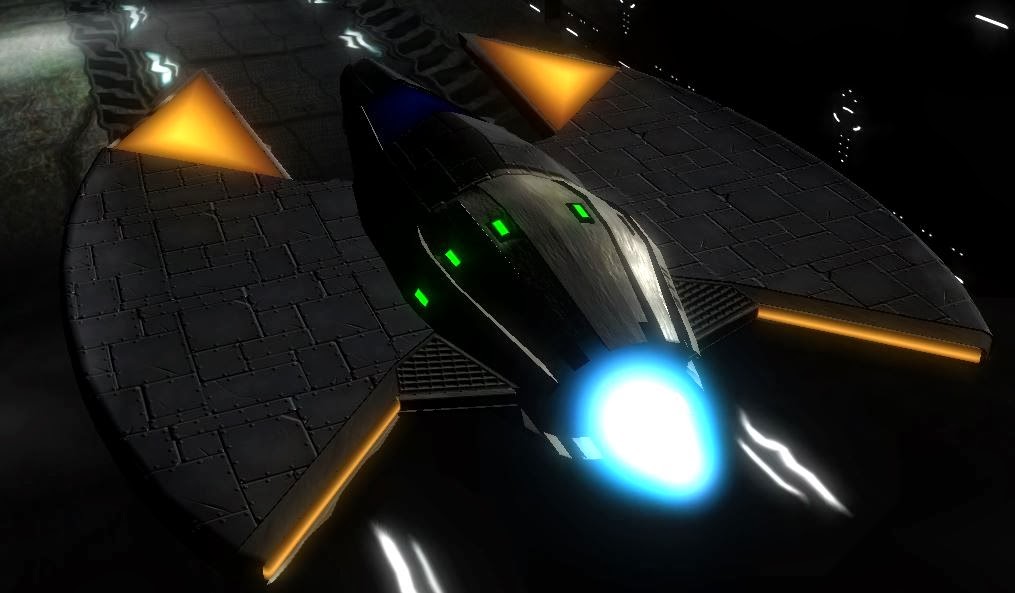 The ship with 3/4 afterburner fuel and 4 powerups (green squares).

We never took the time to make the PC version of Rage Runner stand out from the OUYA version. This is no longer the case. With updated textures, normal maps, realtime-lighting, shadows, and a handful of post-processing fx, Rage Runner on the PC is now the beautiful experience we originally envisioned.The trenches are now closer to sewer trenches as we originally envisioned as well, with water and reflections. You have to experience it first hand and see these visuals in motion! 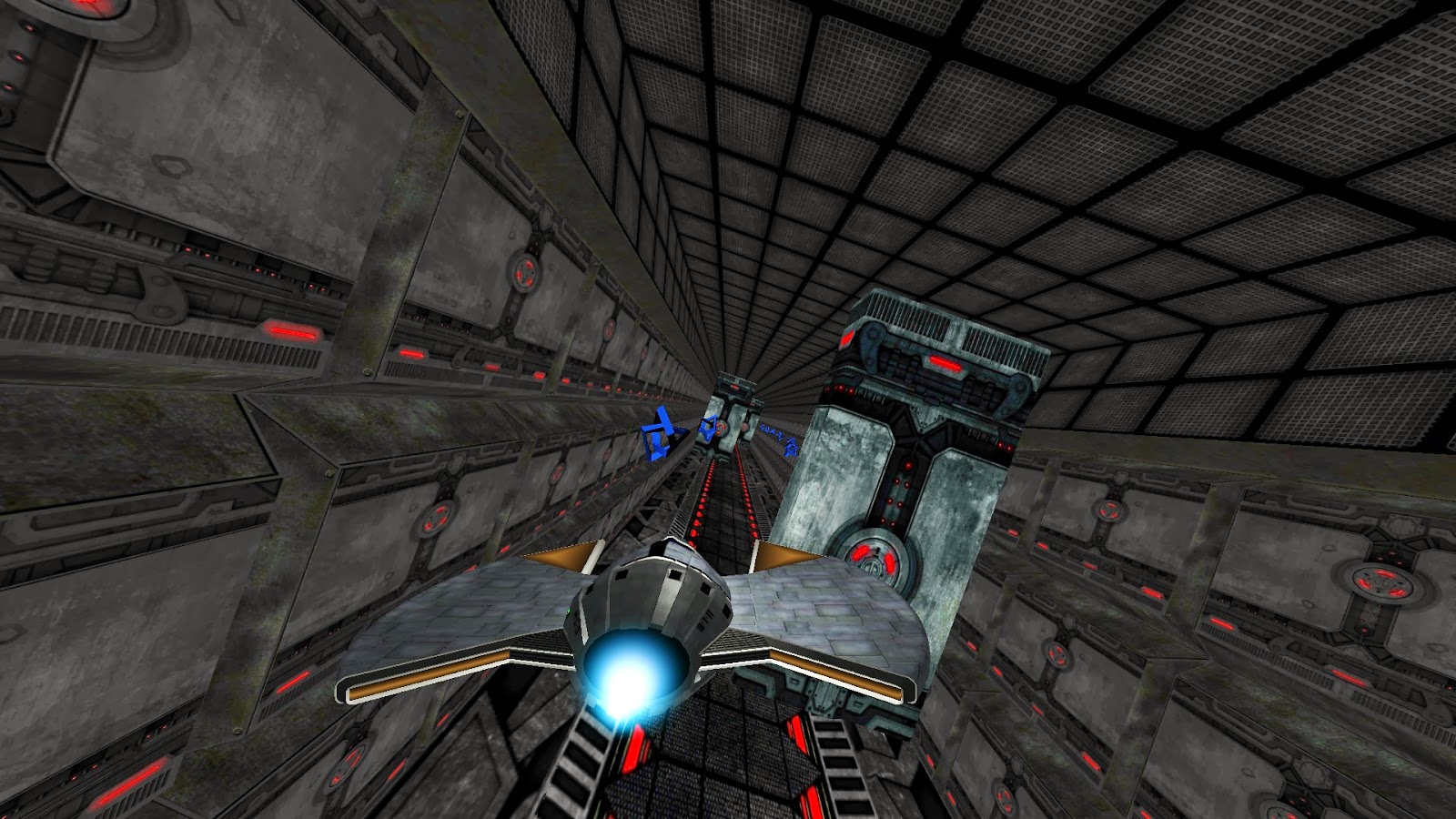 The game as it looks on OUYA. We did our best for the Tegra 3 and we're proud! 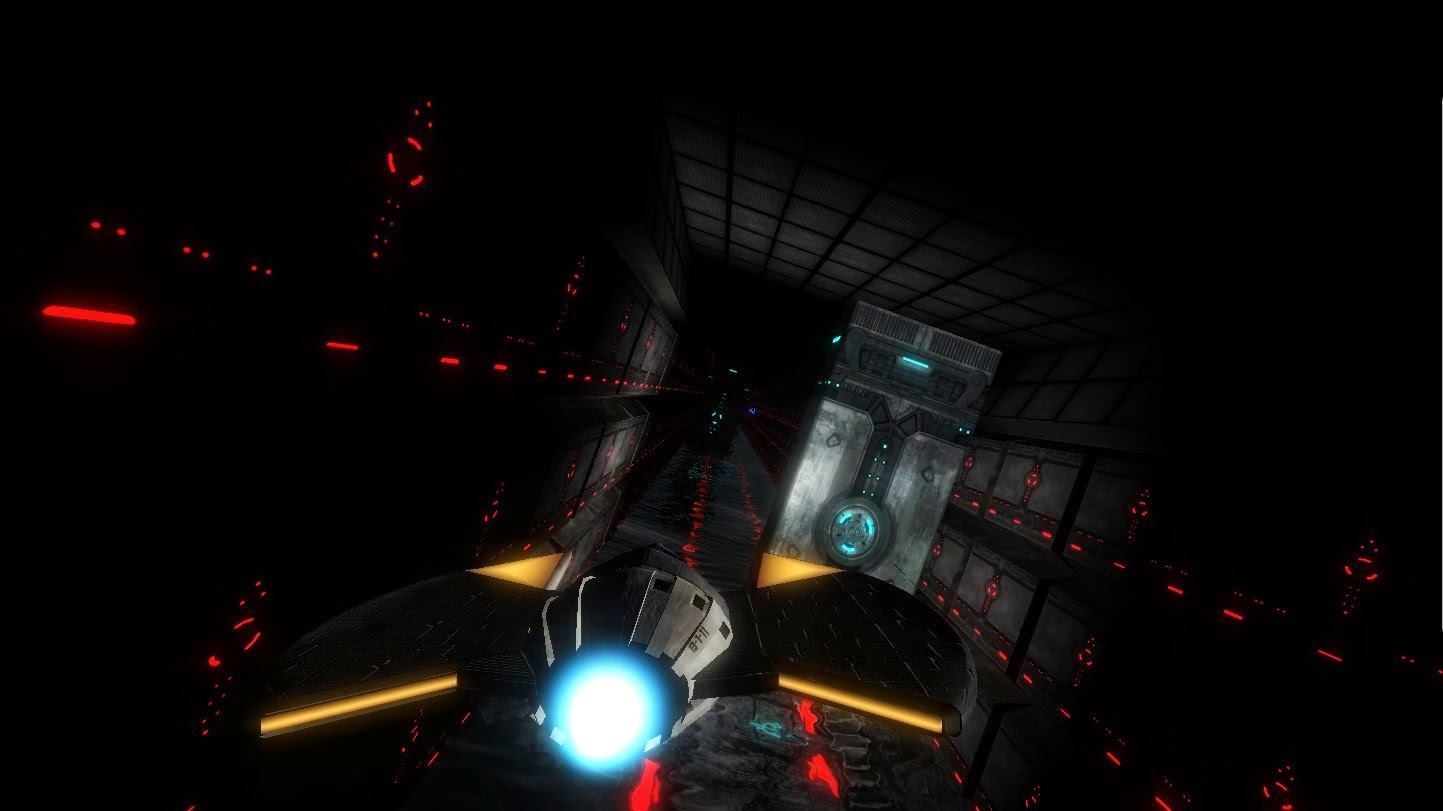 The game on PC. This is how we envisioned the game from the start. Dark, fast, sexy, epic.We are pending review on Desura!

Finally, we wanted to leave our mark on the minds of our fans.To win Rage Runner, you must embrace your failures, learn from them and try again. In many ways, Rage Runner is a subtle metaphor for a successful life. We didn’t set out to make a discouraging game, but a game that teaches that every failure is a stepping stone to success. As such, we have added quotes of inspiration that will uplift and bolster the player ego after each death. 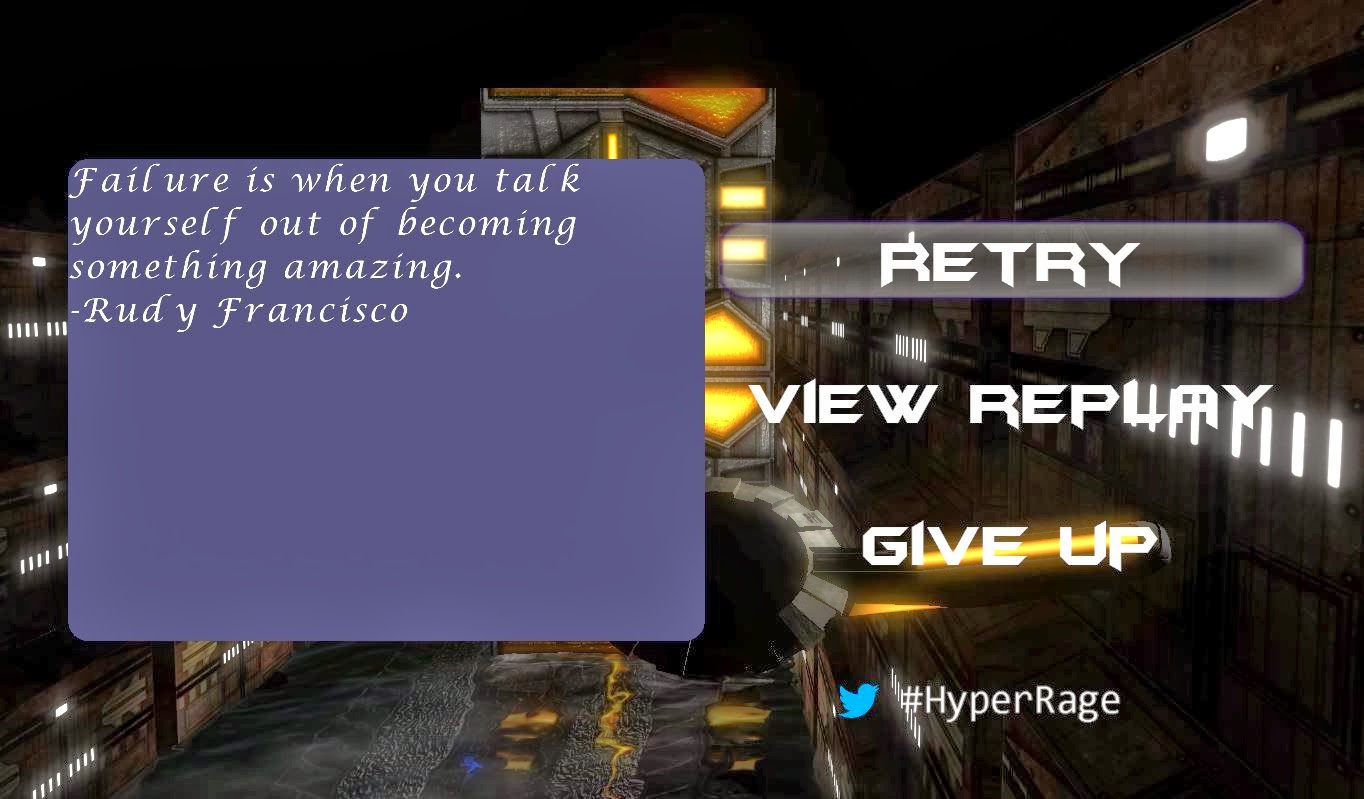 A balanced schedule of Rage Runner can boost the self-efficacy of your child!