Quarries of Scred gains a new test build (2013-12-11) - this one includes the option to change difficulty, set player name & widescreen/fullscreen options without resorting to settings file editing. It also is compiled for Java 1.6 to ease compatibility issues. Find it now under the DOWNLOAD section while it's still up

As stated in the last update, Quarries of Scred was meant to be a short, sweet little project to see how far I could push within a fortnight. That fortnight expired almost two weeks ago - and yet, here we stand.

So, how are we? Well, the game has had a bit more development - predominately in what I call bookending. This has resulted in some much nicer menus, controls, etc. It has meant less changes to the overall gameplay - though one major change has resulted (the implementation of '1 life at start' policy, which should bring the difficulty a bit higher).

So, where does the Roadmap stand? It's certainly... had a few additions. 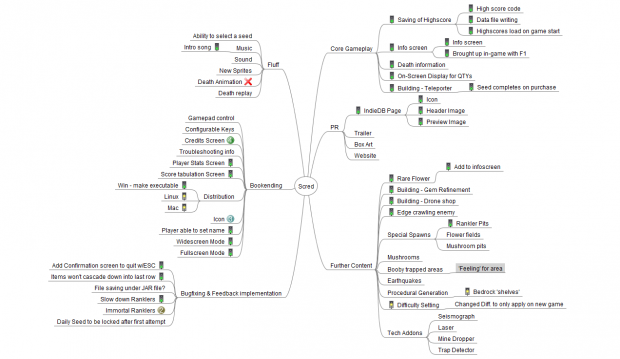 That's not to say it's all been scope creep, but there's definitely less getting checked off the list than the previous rate would indicate.

Something that has come along, is the possibility of adding a 'tech slot' - I like the idea of restricting the player from having Mines AND Lasers, and I think if Earthquakes were implemented it'd be necessary to have some form of early warning... which came at a price. This is something I'm still fleshing out, but players on twitter are giving me some great feedback on my grand thoughts.

There's a new build up, and here it is:

Go right ahead and jump on in there.

Here's some screenshots to show some of the changes: 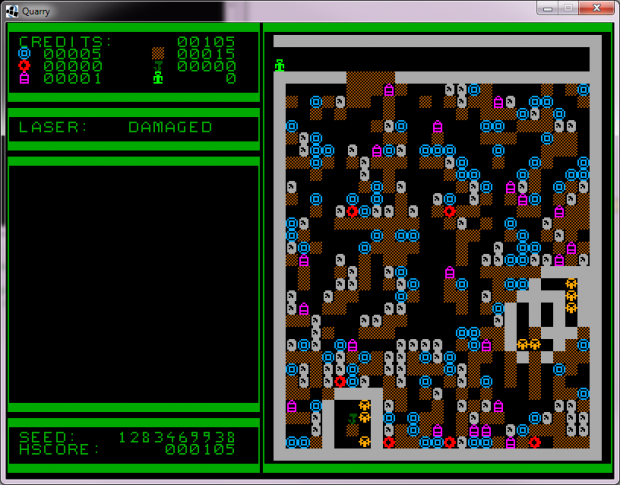 Generation of Rankler nests within a map area - visible are three nests, with two of them overlaid. While this results in an area 'unplayable', this is considered acceptable as it reflects the game itself. 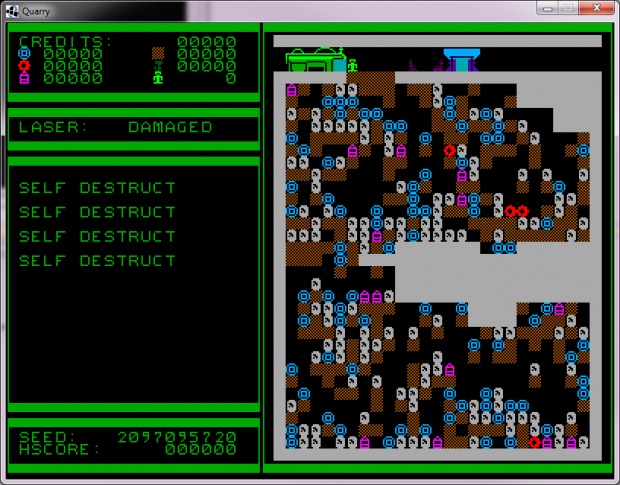 Generation of a bedrock 'shelf' (actually, two here). This feature is still very much under development and has been turned off for the test build, but can result in some different gameplay (also, bedrock shelves would be 'safe' areas during earthquakes... 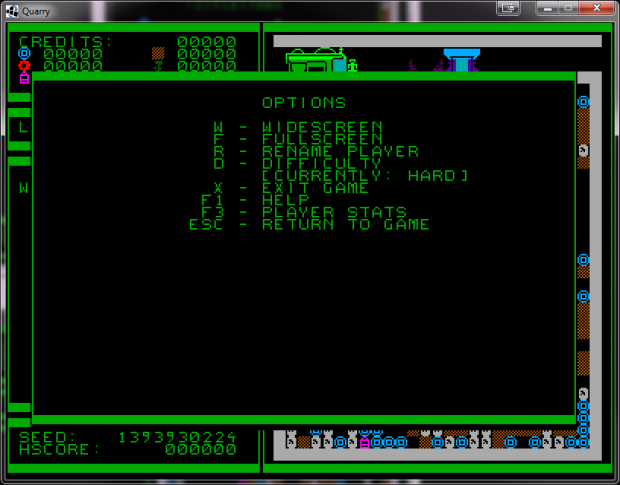 This menu screen allows for a lot better interaction - the ability to trigger wide & fullscreen modes is now available without editing the Settings file (which, no one found to my knowledge anyway). 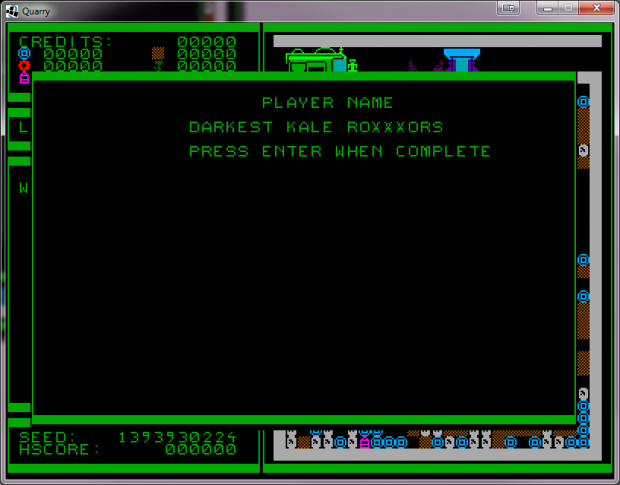 Finally, this specific screen allows the player to change their name - this is mostly for showing up on High Score lists, etc.

Where to from here?

From here, we're still looking at implementing more 'game' - I'd like to add the concept of a 'tech slot', wherein you can have a Laser, Mine layer, Seismograph (for earthquake early warning), etc... but only one. I think this could bring a new element of gameplay to the situation.

As for release, I'm still not sure - it's my first game that's really been 'close' to this point - Arnthak, pleasant though it was, wasn't at this point. I'm still puzzling it out, but let's just say that 'publish game' button has been mighty tempting...

We have three lets play videos so far (@TRSCP added an extra one a few hours ago!):

Go give them a glance!

For those on twitter, feel free to post a picture of the score screen when you play the Daily seed - I'm trying to start a bit of competition between myself, @trscp and others!

Originally, it was a terminal based game so it was pure ascii. Now it's single-colour 8x8 sprites, but I'm thinking of allowing an ascii option (as I have just added CGA as an option)

> While this results in an area 'unplayable', this is considered acceptable as it reflects the game itself.