PTower (codename) is a first person platformer and puzzle game for the PC.

It's set in a an ancient tower built by Lilith, an evil queen. She challenges the players to reach the top while she enjoy watching them trying and dying.

It's an adventure game about taking risks and overcoming limitations derived from rules, fear and yourself. 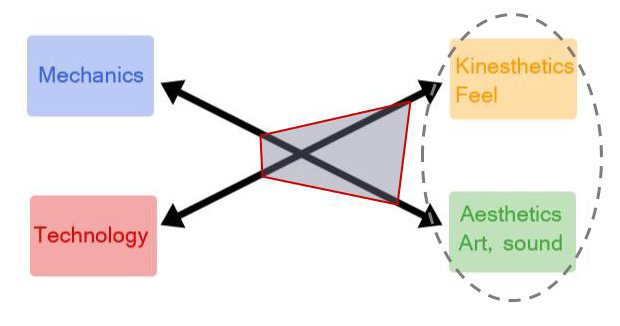 When working on prototypes I usually like to follow the guidelines of the PrototypeX, just some name for working with the four areas in prototyping: Mechanics, Technology, Game feel and Aesthetics. In this prototype I'm focusing mainly on the aesthetics part. Not just in terms of visual quality but exploring the atmosphere and spaces. It may not be the best looking piece, but I want to know how the environment affects the game feel. Which is the secondary area in the prototype. So, expect to see work in the direction of sound, light, image effects and other elements that would help to set the tone and mood of #Ptower.

In the other hand, I am neglecting the mechanics and techincal areas. This prototype is full of bugs and the mechanics are poorly implemented. In this case, movement mechanics are very basic, just enought to explore the space and get the feel and mood created by the architecture and effects.

Consider this MiniTower as one brick that helps me to set and explain how #PTower feels. I could have done just a video (since mechanics are not a big part), but I want to share it because I would like to have some feedback about it.

You can send your feedback to either me, the game designer, or Lilith, the tower designer. Just imagine that Lilith is creating the tower using the features and properties available from the things I create for the world and the player.

If you try the prototype you will see there is still work to be done by both of us. On my side, there are some things about the art, environment and player movement that still need some polishing. On Lilith side, looks like she is not available to be seen yet. And so is the MiniTower, which as for version 0.5 is still under construction and missing some traps. The good news are that you can access some areas that will be blocked when construction is finished. 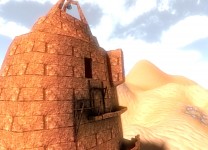 I want to keep working on this prototype for a bit more and then I will switch to a new one for the player movement, in which I will focus mostly on the mechanics.

Some quick news about #PTower's dev diaries, an upcoming protoype and my team's winning game at the Global Game Jam in Bristol.