Prototype 5364 is a horror based first person shooter

The demo version has been released for the public to test it an it has been uploaded on two sites.The demo version includes the first three maps starting with your awakening,continuing with the obstacle course and finishing with the firing range.The demo is a limited version of the game.The full game will be released on August 2009.Since then,enjoy the demo version and the screenshots. 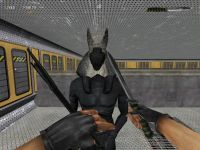 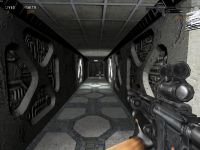 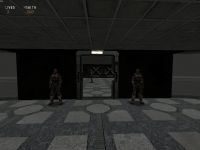 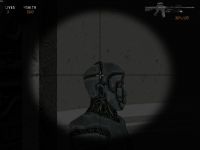 I added some sounds and voices of robots and radio messages to make the game a bit more interesting.

In this game you have allies to help you in your mission.

Prototype 5364 is a horror based first person shooter.

hello skyreaper, i'm also a indie developer, and these guys have no idea how hard it is to develop a entire game.

ATTENTION EVERYONE he has already stated he wants it to be bug free, glitch free, and ok. he never said anything about him wanting it to be perfect. and try to understand what he meant...lets not have another mxmagic who quits just because the creator wants it to be less buggy and less glitchy and not perfect.

Mmmh I would like to play this .. though FPS creator is a bit dull .. Sauerbraten Cube 2 Engine FTW ^_^

seems to be a good game

Ok...now please...stop adding suggestions for my game...if i stop fixing any thing that is wrong...im not gonna finish this game even in 2012(not really)...
I mean...no game is perfect so please...im sorry if this will sound mean but i want to finish the game until the date i selected...so anyone who will post anything about the game..what should i add or other staff like that...im not gonna take in count...sorry

ur never gonna make a good game then.

but i dont want this game to be perfect...i mean...its my first release...

If that doesn't sound like something you'd like to do, then change that attitude! Hup hup! Don't make excuses, listen to the feedback and begin again! Anything you release should be perfect - even if it's not.
(That will make sense some day.)