The Cinema Rosa is an immersive puzzle exploration game set in an abandoned cinema. As you explore, you encounter various notes, objects and puzzles that you can interact with, reconstructing the cinema back to its former glory days. The game is due for release in March, 2019 on PC and Mac. (Powered by Unreal Engine 4) It is currently on Kickstarter.

We've just reached 32% on Kickstarter! Back us today and help make the project a success!

I'm proud to announce that we've just reached 32% on Kickstarter at the end of our first week.

There are only three weeks to go!! Help back us today and make our game a success. 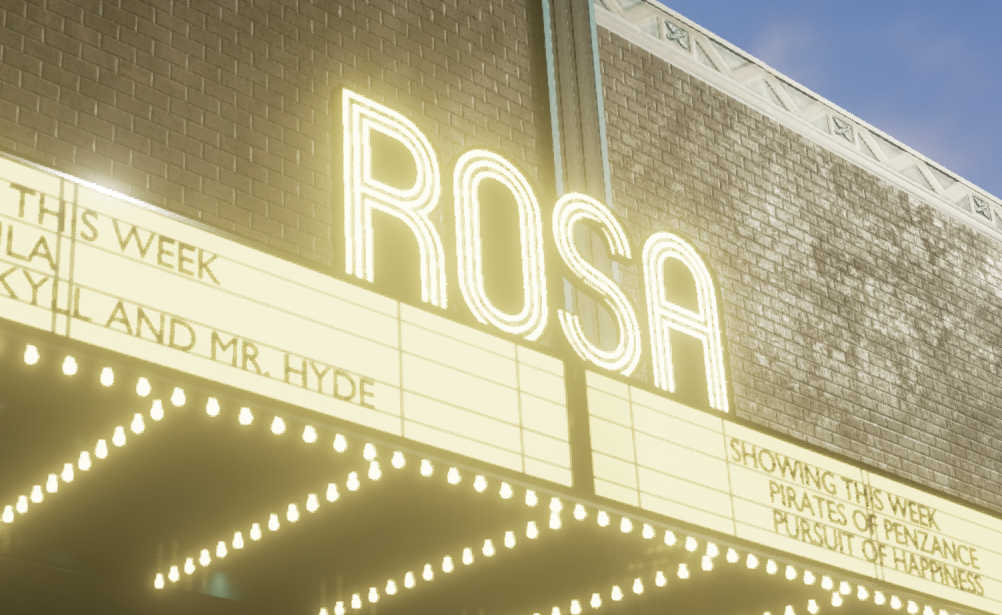 We've been hard at work developing trailers and new content for the game to run alongside the Kickstarter campaign. This week, we released a black and white 'olden style' trailer for the game, which is available on a previous post. We've also been hard at work creating some behind-the scenes dev diaries to fill you in on the development process and how far along we are with the game. (Spoiler: We're already at a beta stage!)

Here's a new video discussing the kickstarter and explaining a bit more about the game in general:

I'm very excited to share the news about the Kickstarter and I'm really keen to build support for it. If you or anyone you know would be interested in backing us, head over to this link:

More about the game:

The Cinema Rosa is a new puzzle exploration game inspired by The Stanley Parable, Gone Home, What Remains of Edith Finch and Bioshock. We've all wanted a game that reacts as we explore, where the story is central, where puzzles have both a meaning and a purpose. The Cinema Rosa is that game: The rebirth of the puzzle explorer genre.

If you liked the Stanley Parable, you'll love the Cinema Rosa.