Project Omega is a Turnbased Survival Strategy Game where you play as a wolf in a modernistic wildlife. Currently being made by a student team in Australia, here is our second Development Blog!

Here we are yet once again. The Wild Wolves stand victorious over another week of development, this week saw the introduction of some prototype UI, a draft map, an infectious virus that hit some members of the design team, and of course new models and assets. All in preparation for the Industry Panel next week where we must once again show off our progress and ideas in hopes to get greenlit.

So please, get a hot beverage and enjoy our second DevBlog.

Phew! What a week.

This week was a chaotic mess of trying to integrate and implement all the features we wanted in the prototype before the industry panel(spoiler alert, we ended up planning an extra feature that might see the light of day), The start of the week saw me scrapping our old path-finding movement for the player. Seeing that the player only ever moved one tile at a time I thought it was overkill to have a whole A* algorithm working to find the shortest route between this tile and its neighbouring tile, alas not all my work was lost for I can see we may need the path-finding later on for our AI.

With the new movement out of the way, a-lot of our features that we wanted to complete by now were in, and that saw me looking towards some quality of life improvements disguised as some clean and easy to read placeholder UI. Bingo! This gave me a chance to show off the new movement system and draw some selection hex's over our board, I can only tell you how happy I was to finally see something on the board that wasn't a bunch of debug logs showing the code working.

Actions! Actions are the life-blood of interaction within our game world, they range from eating, drinking, combat, claiming territory, etc etc. I've been working on ways to show nearby available actions as well as working on framework to show actions that are hiding in the fog of war when the player uses their scent/sniff(name W.I.P) ability, and of course that was more UI implementation needing to be done after completing the back end work, but the placeholder result is nice enough to show off I believe.

Even for the in house developers it was nearly impossible to keep track of your current survival statistics, hence more UI work was to be done, this is all placeholder and just to allow players to know the numbers for now. In the future I'd love to change the little minuses to those cool red/green down/up arrows that you often see in 4X games.

The week finishes with a-lot of little bug fixes and things I like to call mini quality of life changes such as ensuring all tokens start the game on a tile and that the game can be restarted with a simple button press.

Onwards to working on the new tower tokens and embracing the future!

Never let it be said that my wild and eccentric bouts of long-windedness produce no fruits. Last week, I made the connection that Designers were Orcs, and in my rampant need to, “Gundark get job done now!” frenzy I began this week with a severe viral infection.

Not one to let that deter me, I cranked on ahead into a reinforced bunker and predictably achieved nothing. You see, cats and containers of bovine lactate don’t mix for obvious reasons, but this had a rather ungodly effect on my UI made of paper and pencil. Fortunately, I managed to salvage one of my better works and send that off for approval along with one paper-prototype development: a movement buff on certain parameters… only later to find out that changing the movement generally serves the same purpose.

Reasonably, the Orc finally retired to bed with a bowl of chicken soup and a firm slap by fate. Don’t work while you’re sick.

Back today though, and this Orc is presently busying themselves with prefabbing and implementing tiles and tokens onto a grey-boxing map. A tedious but important task not fit for the Arty elveses and Programming wizards, and doubly so with my co-Design orc tagged out with the same cell-hijacking nuisance.

For this week of development, I focused on getting some core functionality into the game. The first being the ever important fog of war. A big part of our game is exploration and well, there wouldn’t be much of that without the unknown. So I worked on creating a shader to solve this issue and after a basic version of the fog of war was created, I set out to make it look more visually appealing.

A large part of the project has seen me working on Development Tools, tools that allow the designers to create maps easily and improve workflow. So far allowing tiles to be painted on and sizing of the game board, this week saw functionality to place down different Tokens on the board such as enemies, food and water items. This came with a few pesky bugs but I am happy to say I shouldn't have to touch the Development tools as much for the foreseeable future.

To finish off the week I set my sights on making the game board look a-lot nicer. Textures aren't yet usable and I still have to work on putting that support into the game. However a cheap little trick that I could do is apply an overall detail texture to the colours which are currently used for the board. The effect which you can see I think makes the game a lot more easier on the eye until texture for individual hexes arrives.

So, this week was about getting assets, that were UV’d and Textured into the game. I was able to Complete modeling a few Rocks, the Grass and a Tree, however I was only able to texture the Grass and Rocks this week. The Rocks also had a high-poly sculpt made for them. The renders may not be as sharp, this is cause the texture size is small as these are small assets that won’t been seen close up. 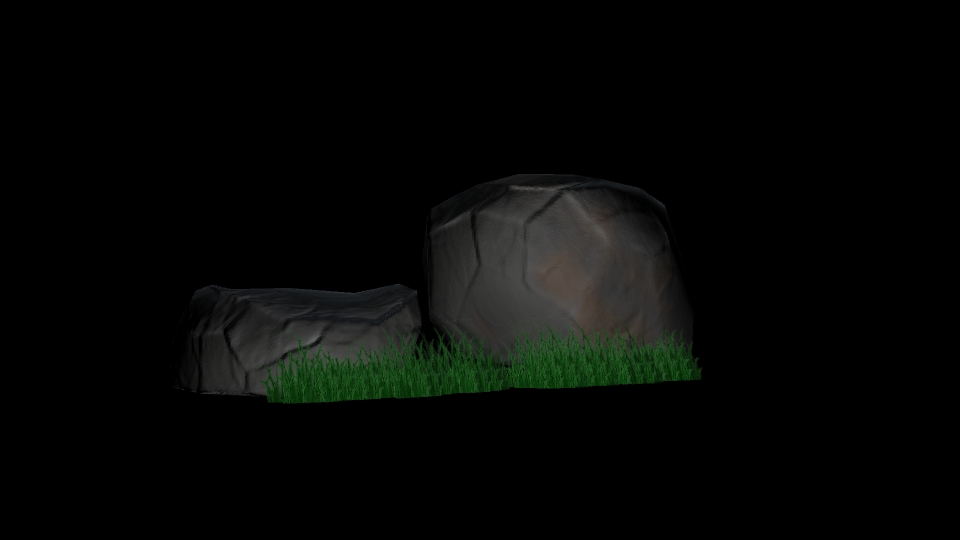 This week I completed the wolf textures, and finished the carcass model, working on the carcass textures now. 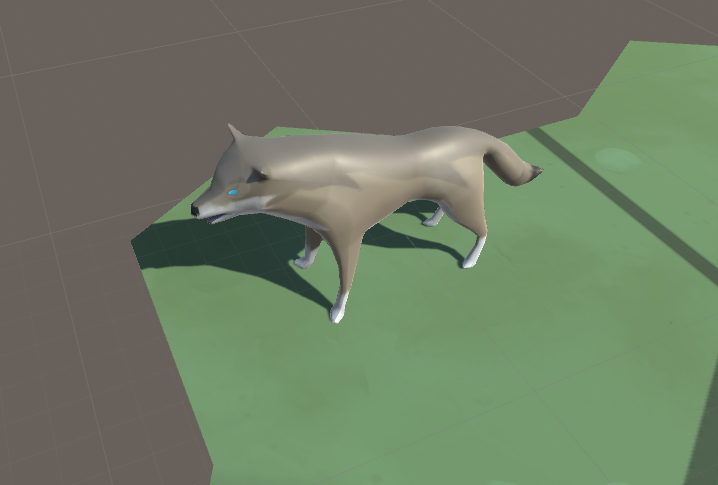 Continuing on documentation for the project,tinkering with scope spreadsheets and linking them with our trello board, also kicking our ‘sell sheet’ as well as importing some of the artist's work.